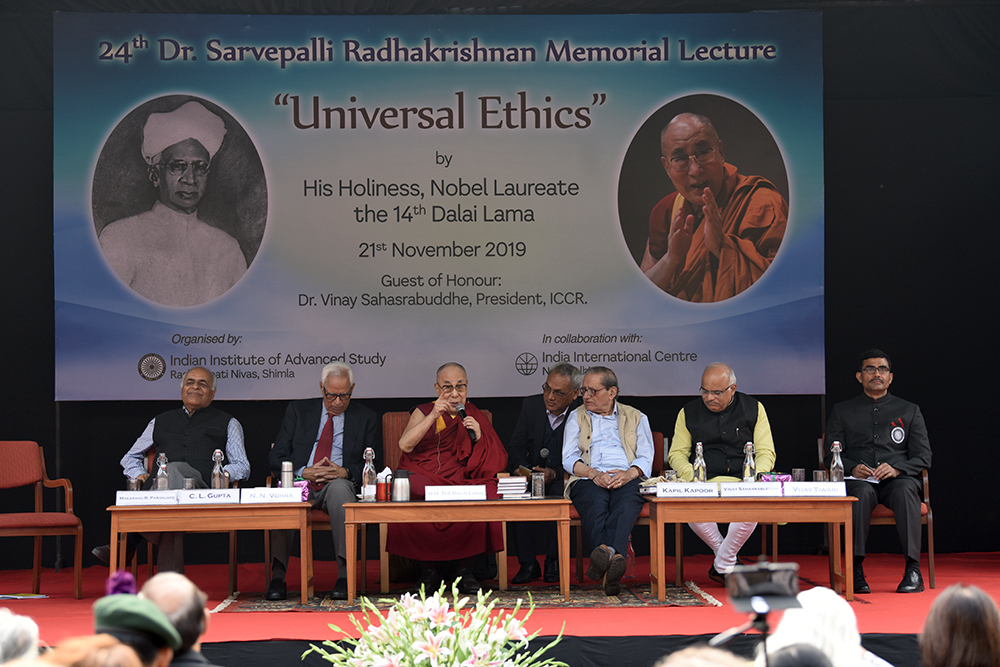 New Delhi: “Community is the basis of our survival and the sense of concern for the well being of all human beings begets ethics,” said His Holiness the Dalai Lama. His Holiness was delivering a lecture on Universal Ethic to commemorate the 24th memorial day of Dr Sarvepali Radhakrishnan, the Philosopher President of India(1962-1967) and the founder of Indian Institute of Advanced Study.

This is the 24th Sarvepali Radhakrishnan memorial lecture organised by the Indian Institute of Advanced Studies in collaboration with India International Centre.

His Holiness spoke on the oneness of 7 billion human beings and the need for the revival of ancient Indian knowledge of non-violence and compassion in combating conflict caused in the name of religion and territorial disputes.

Lauding the longstanding traditional Indian knowledge, His Holiness stressed the relevance of that knowledge in today’s world.

“This ancient Indian knowledge has immense potential to neutralise or combat the destructive emotions that erupt within us,” His Holiness said.

He also noted that these negative and destructive emotions are only appearances and not reality that is developed due to poor understanding of the mechanism of mind and emotion. So in order to overcome the negative afflictions, His Holiness necessitated a need to thoroughly study the traditional Indian knowledge moreover cultivate the knowledge in the academic curriculums.

Instead of simply focusing on materialistic life His Holiness encouraged to nourish the basic human values through altruism.

“We humans are social animals and compassion is our inherent nature so we have to nurture and strengthen our innate nature to achieve a happy life free from suffering,” said His Holiness.

He strongly emphasised his conviction that a peaceful world depends on individuals finding a secular approach to peace of mind.

“The lack of one’s peace of mind has caused the violence we have witnessed in the preceding centuries and somewhat still witnessing it today as well,” noted His Holiness.

He added that the purpose of life is to be joyful with and with a spirit of brotherhood as one community he urged the people to live.

On that note, His Holiness concluded his lecture by repeating the needfulness of India to continue its modern education vis a vis it’s age-old knowledge of high moral teachings.

“India doesn’t need to seek that knowledge and expertise from the outside world as you already have that knowledge. You only need to revive,” added His Holiness.

His Holiness was delivering the 24th S. Radhakrishnan memorial lecture at India International Centre amongst the presence of many distinguished guests like Narinder Nath Vohra, former Governor of J&K. The Insitute has till now hosted many notable personalities in India who delivered the memorial lectures on diverse topics. 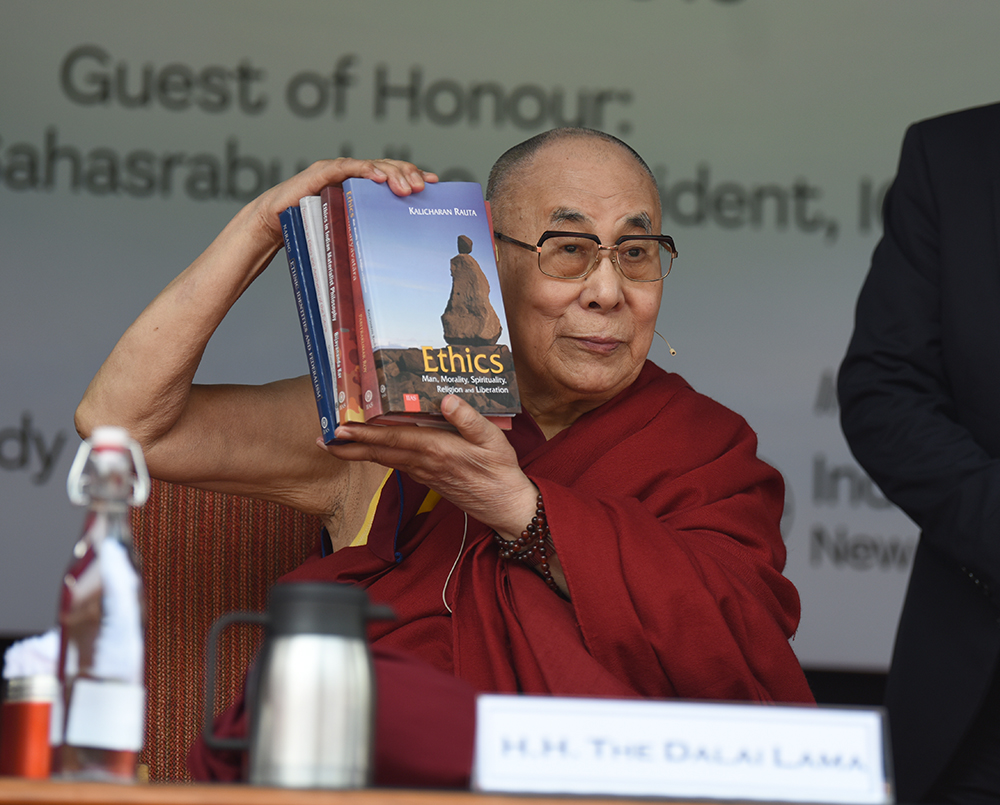 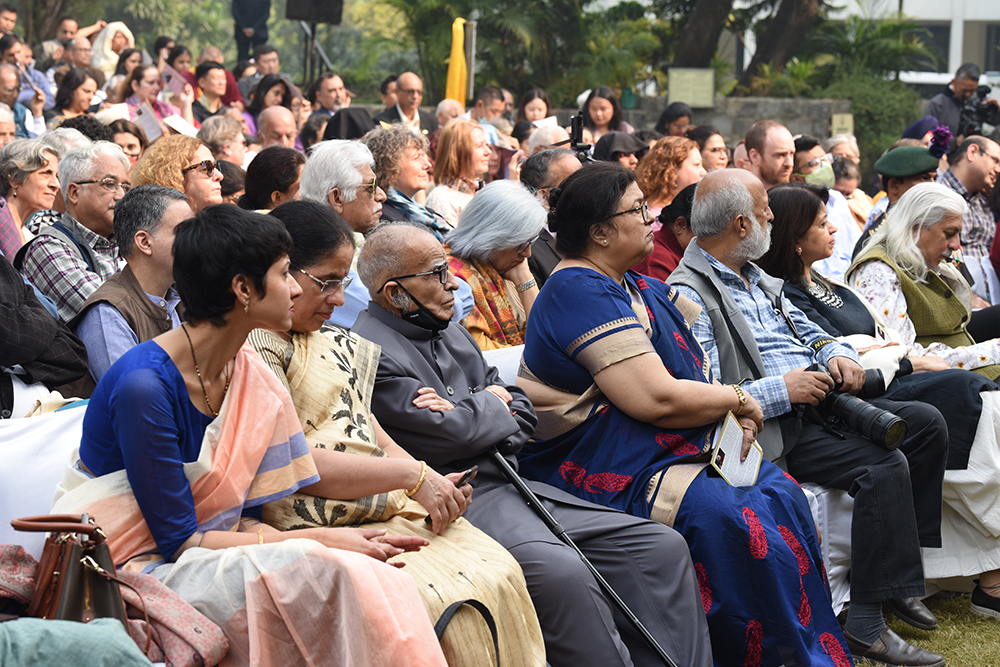 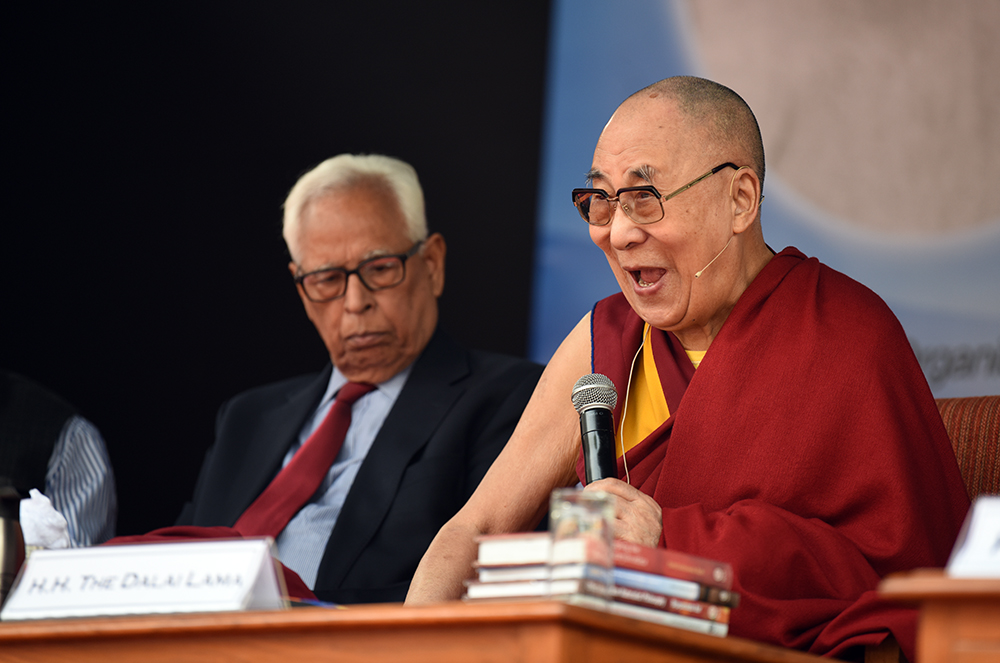 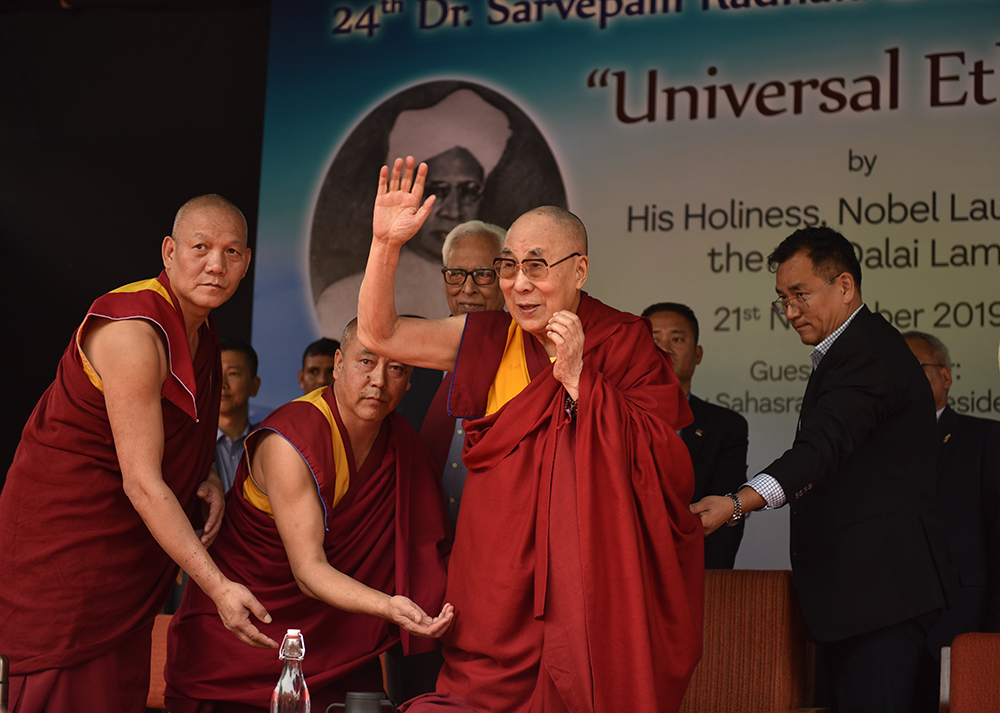 His Holiness waving at the audiences as he departs. Photo/Tenzin Phende/CTA.