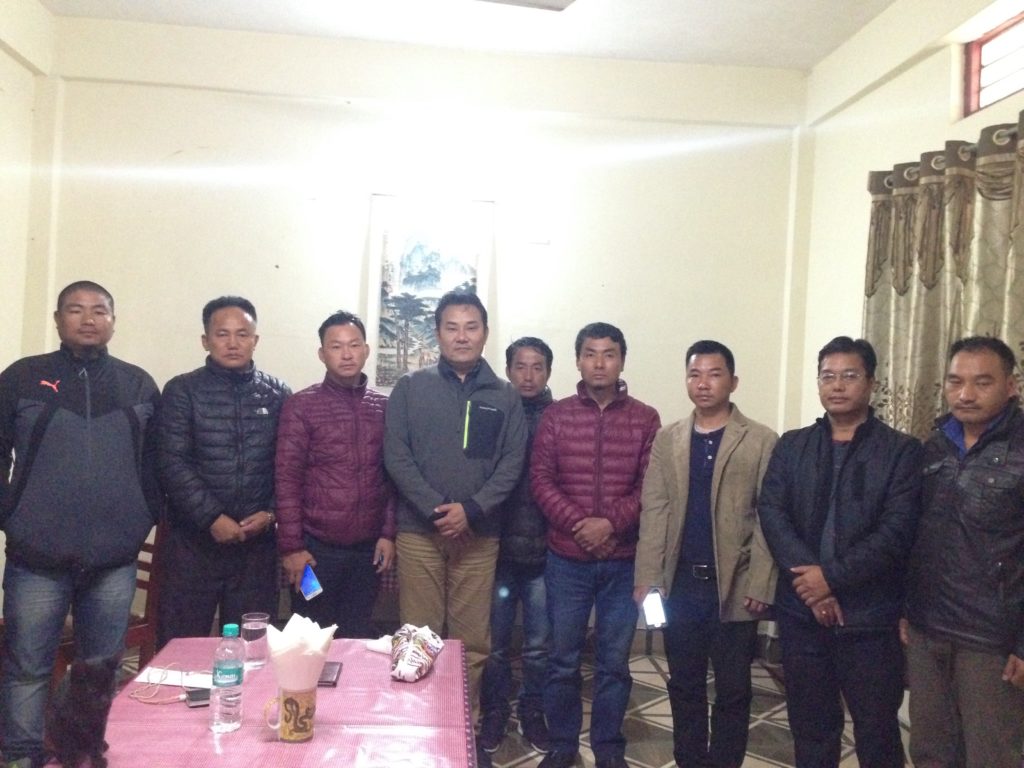 Health Kalon with members of the local Tibet Support group in Tuting.

After two hours of ferry ride on 27th November from Kareing Ghat, Health Kalon was warmly received at the other side of river bank-Bogibil ghat by Tuting TSO Mr. Phuntsok Topgyal. Due to strike in Assam particularly in Dhimaji district, instead of taking Pasighat route, they had to drive an additional 10 hours Via Lekhabali, Basara, ALONG and reached Yingkyong in the middle of night. Next day in the late evening at Tuting he was welcomed by the Chairman of the Tuting local Tibetan Assembly, President of BRDL, camp leaders and representative of monasteries and local organizations.

Next day early morning, he along with CTA officials paid respect and prayers at Tuting Dhargyeling Monastery followed by meetings with members of the local Tibet support group. He then traveled on foot and by Motorbike to meet Tibetan families dwelling In eastern region towards Yangsang river which includes Payingdem, Ngukhang (1stnight halt),Yortong, Mangota and Nyering village (2nd night halt )thereby more than 33 families were met and had interaction with them.

In the afternoon of 1st December, an internal meeting was held at Tuting with members of local Tibetan assembly, Camp leaders, TMAI doctor and representatives of monasteries. The participating members reported various problems faced by residents.

On 2nd December, Health Kalon visited Kopo, Bona and Gyeling village near the Mcmohan line. From there, they took a journey on foot for nearly 4 hours to reach Bishing village- the last village nearing Tibetan border and took a night halt and had intensive interaction with local Tibetans. The next day, they walked almost 18 kms back to Norbuling village which has largest number of Tibetan families outside Tuting. In total, health Kalon was able to meet around 45 Tibetan families in this remote region.

On the last day, he addressed the local Tibetan community of Tuting town at Monastery Hall. He spoke about the three guiding principles of the Kashag, CTA’s five-fifty strategy and gave a brief introduction on the activities of the 7 Departments of CTA. He particularly gave a detailed account of Health department and its various projects. He also spoke about current health status and challenges faced by Tibetan communities and the importance of preventive measures to protect oneself and family members. Later, Health Kalon paid homage to the sacred Buddhist relics in the Buddhist museum of Dhargyeling Monastery in Tuting.

During this visit beside Tuting, he interacted with Tibetan families in 15 villages under the jurisdiction of Tuting TSO where he advised the public on the importance of preserving unique Tibetan culture and language, praised them for sending their children to distant schools for better future and also emphasised on the need of disease prevention and healthy life. 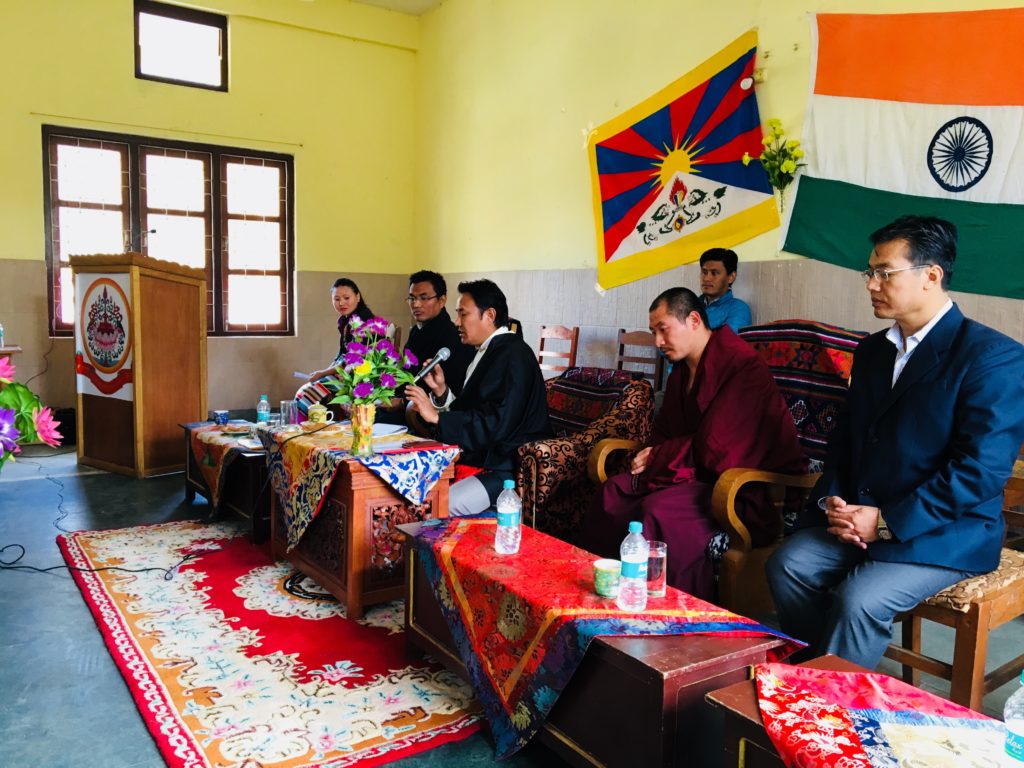 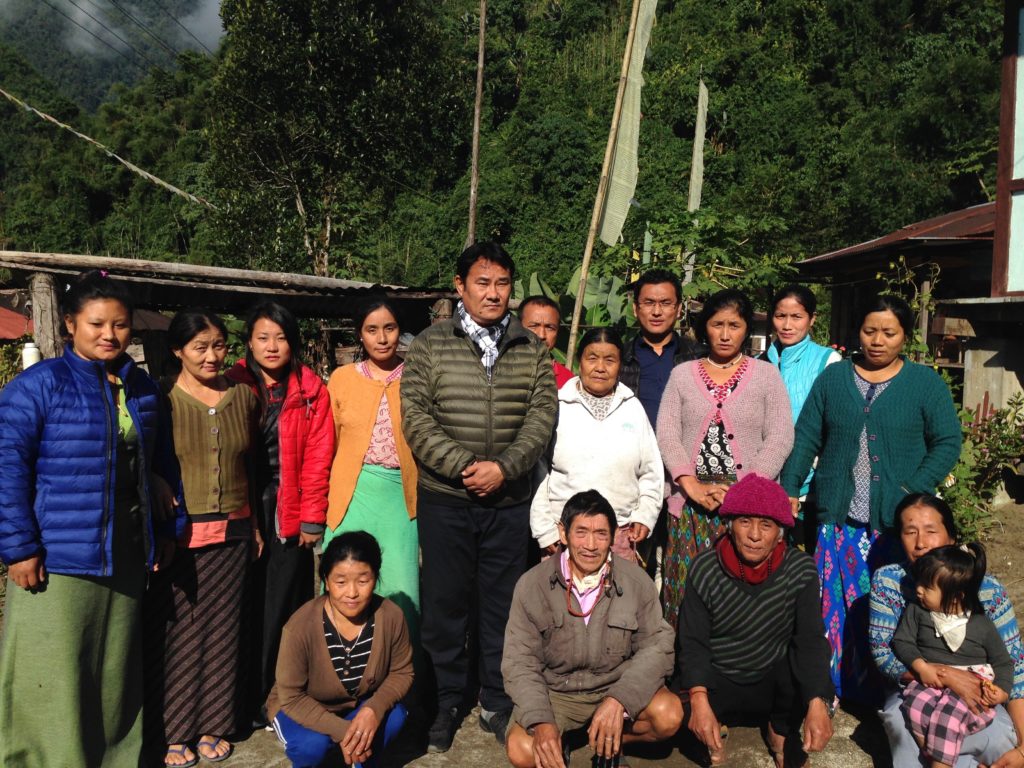 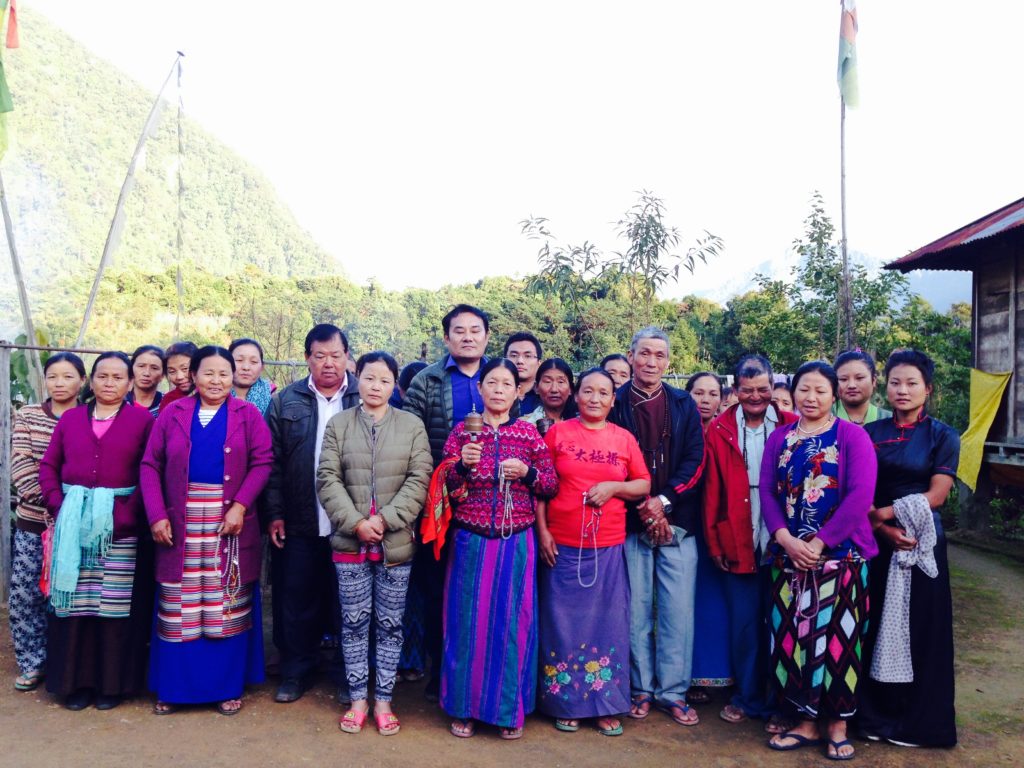 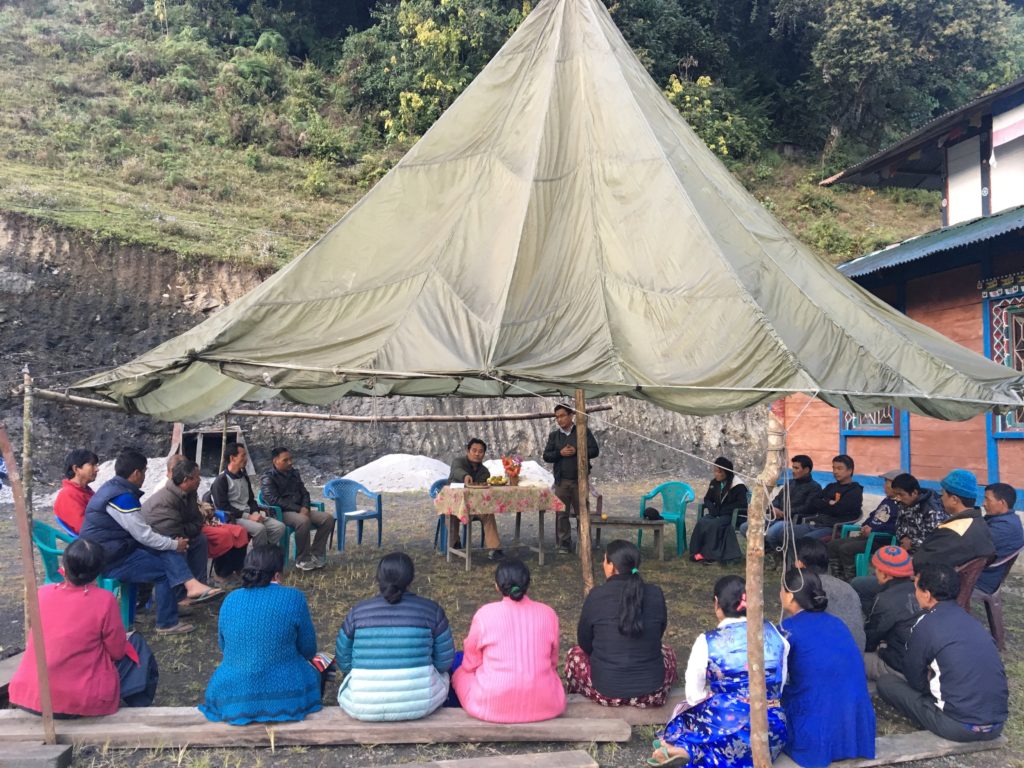