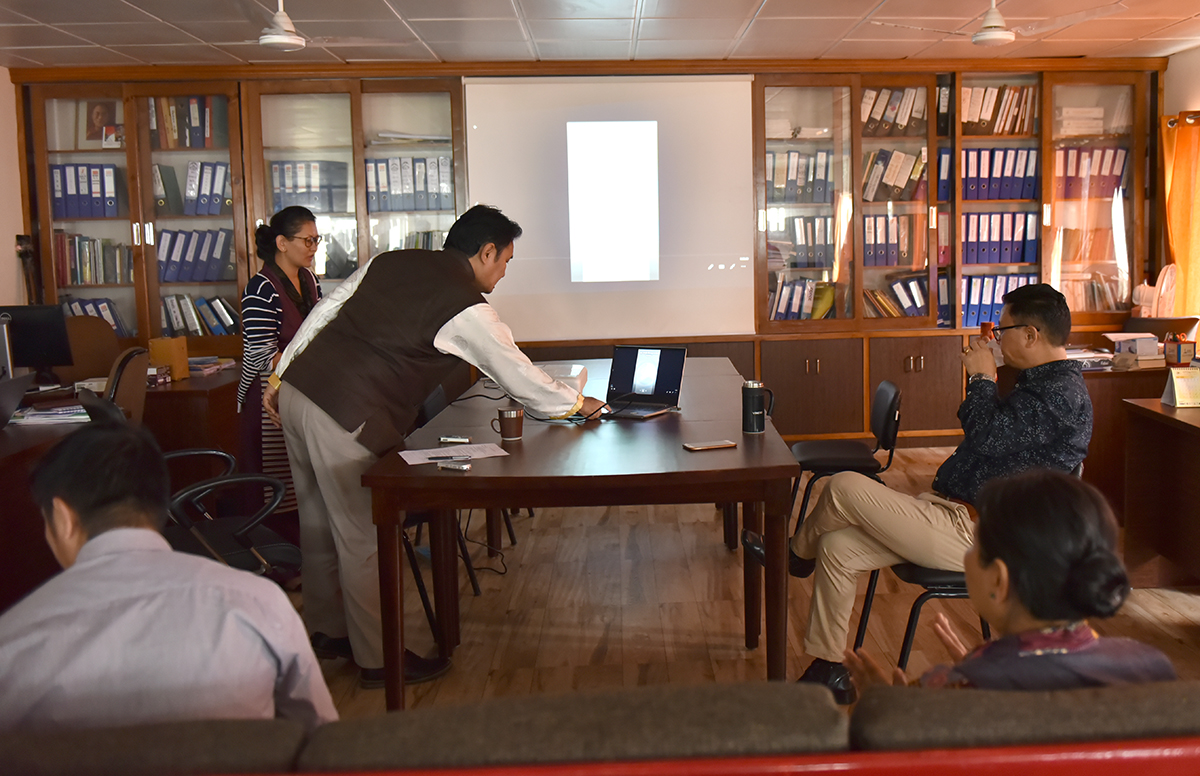 Dharamshala: Every year 28 July is marked as World Hepatitis Day to raise awareness on viral hepatitis, an inflammation of the liver that causes a range of health problems, including liver cancer. The theme for World Hepatitis Day 2020 is ‘Hepatitis-free future’ with the main focus is on preventing hepatitis B among mothers and newborns.

In line with this theme, Kalon Choekyong Wangchuk, Department of Health, CTA released an awareness video this morning on Hepatitis prevention in expecting mothers and newborns. Titled ‘World Hepatitis Day 2020 #Hepatitis Free Future 7/28’ the video aims to educate the new mothers on the importance of vaccinating their newborns in the first 24 hours of delivery to ensure their children’s health safety.

While noting that Hepatitis is the second most contagious disease after TB and about 350 million people are suffering from Hepatitis, Kalon said HBV can be prevented by immunizing the ones who are susceptible and especially among newborns through the use of a safe and effective vaccine.

He added that death caused by Hepatitis in Tibetan community has declined significantly according to data gathered by the Health Department. The percentage of Hep patients has dropped from 8.9% to 6.6% in the past 6-7 years.

In a first in 2013, the Health Department in collaboration with John Hopkins University conducted a random sampling which had revealed 8.9% of the Tibetan community to be affected. Since then initiatives were created targetting Tibetan schools, expecting mothers and infants, vaccination programme and testing at schools were conducted which reported 3.2% of the student population as Hepatitis-positive.

Health Kalon spoke about the department’s commitment to cover about 80% to 90% of the Tibetan population through the testing drive which would provide accurate data and shape policies to eradicate the disease entirely from the community.

Giving the example of Taiwan, he asserted that through targetted “government policy and public participation” it is possible for a Hepatitis-free future and urged Tibetans to get tested for the safety of both self and society.

Kalon Wangchuk also commended the collective efforts of the Health Department, settlement health centres who’s been relentlessly working on Hepatitis-eradication initiatives throughout the year. The initiative is generously supported by PRM. He added that the department has swiftly adapted in response to the COVID-19 challenges especially in conducting largescale initiatives and has moved online with its outreach programmes.

Also on the occasion, the department announced the list of winners of the photo/sketch contest on the theme “Hepatitis-Free Future”. 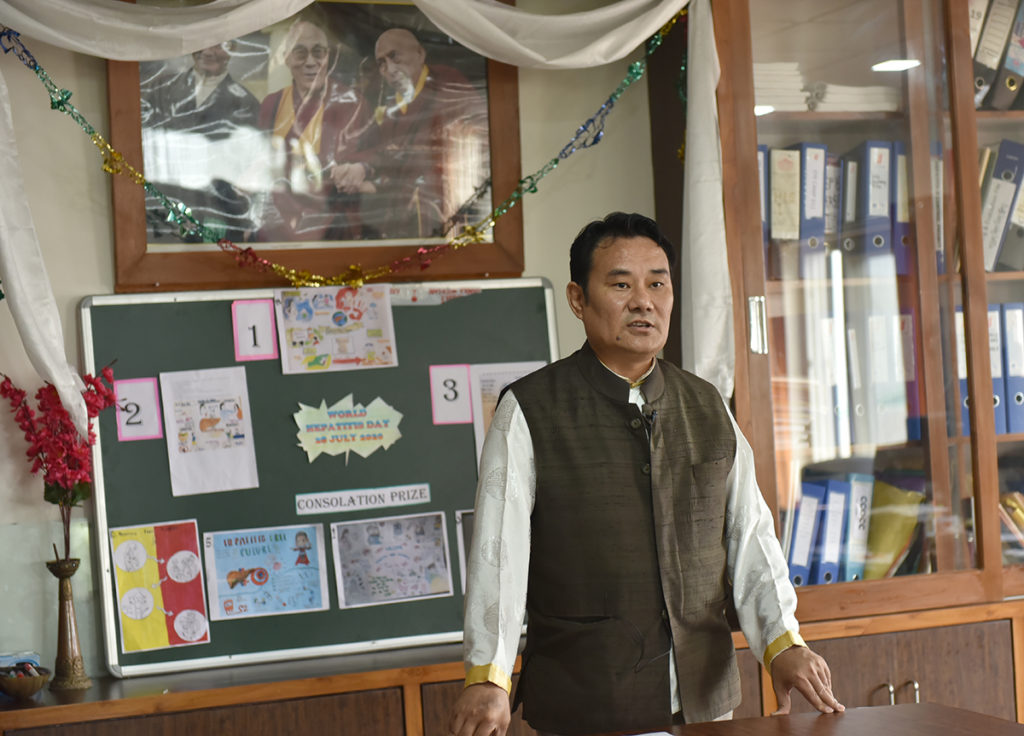 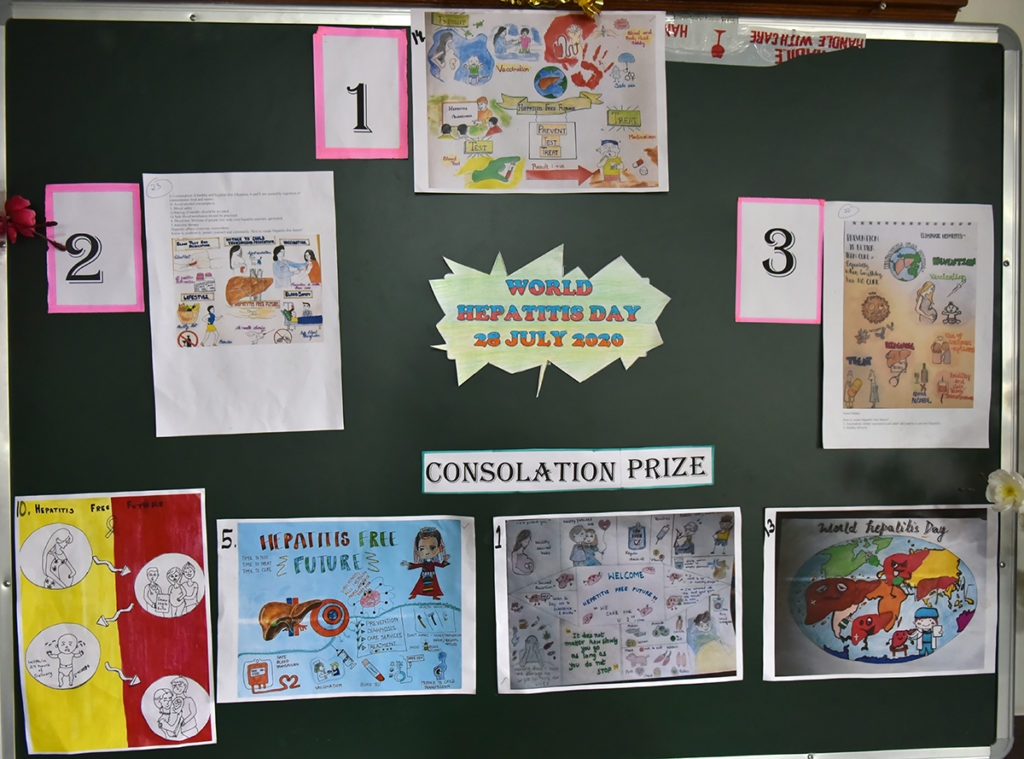 The themed photo/drawing contest held by the Health Department to raise awareness about Hepatitis. Photo/Tenzin Phende/CTA 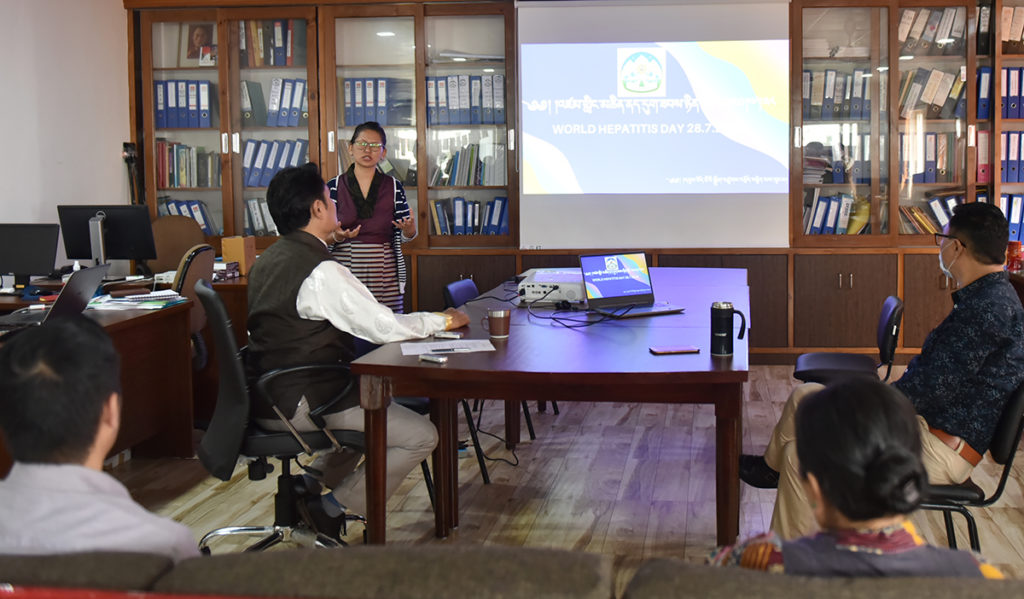