Global Support for the Issue of Tibet will Prevail, CTA President in Japan 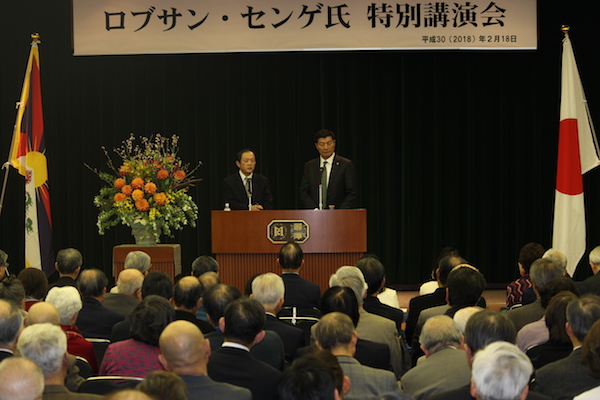 CTA President Dr Lobsang Sangay during his visit to Reitaku University in Japan to deliver a talk on ‘Tibet’s Tragedy and Future’ on 18 February 2018.

TOKYO: The President of the Central Tibetan Administration Dr Lobsang Sangay, who arrived in Japan today on a weeklong visit, said the world supports the Tibet issue as it is an issue of justice and freedom, and a model of non-violent conflict resolution that will prevail.

After landing at Narita Airport from India, President Dr Sangay proceeded straight to Reitaku University to deliver a talk on Tibet.

President Dr Lobsang Sangay said the support for the issue of Tibet sends a powerful message that the world supports morality and non-violent conflict resolution as Tibetans firmly stand for freedom, justice, non-violence and democracy.

“Tibet is an issue of morality and moral is at the very core of Tibet issue. What we seek from China are freedom, justice and democracy, which are denied for the Tibetan people,” Dr Sangay told a packed auditorium at the Reitaku University. The University, founded by eminent scholar and educator Dr Chikuro Hiroike in 1935, educates students not only in terms of knowledge but also with a high level of integrity and morality.

Dr Sangay said South African leaders has sent a strong message to the world that it supports Tibet issue, which is founded on the cornerstone of morality and justice. He said he succeeded in visiting South Africa earlier this month despite unprecedented strong pressure from the Chinese government on the South African government.

“The Chinese Embassy threatened South Africa that it will cancel Chinese investment when I visited the country. Some 30 Chinese shouted slogans and attempted to disrupt my scheduled talk at a Law University in South Africa. But the university officials decided to go ahead with their original plan and arranged my talk in another room, sending a powerful message that Chinese money is important but equally important is morality,” President Dr Sangay said.

He said “the Chinese government attempted to completely destroy Buddhism in Tibet following its invasion of Tibet in 1949. But under the leadership of His Holiness the Dalai Lama, Tibetan Buddhism was successfully revived in India and Tibet. Today China is the biggest Buddhist country with millions of followers of Buddhism. In the end, His Holiness the Dalai Lama has achieved victory against Mao Zedong.”

In his address, Dr Chikuro Hiroike announced that Reitaku University would provide scholarship to Tibetan students at the university from next year. Reitaku University is best suited for Tibetans because of its curriculum on study of Buddhism, morality and history.

Addressing the gathering, Ms Sakurai Yoshiko, a veteran journalist and head of think tank, Japan Institute of National Fundamentals, said Japan has a moral power to stand against the Chinese government’s repressive policies in Tibet.

Describing Japan as the country which respects human rights, democracy and morality, Ms Sakurai urged Japan to reinvigorate their effort to support the Tibetan people.

Hundreds of Japanese carrying Tibetan and Japanese national flags lined on both sides of the road, cheered and greeted President Dr Lobsang Sangay as he left the university campus for Tokyo. 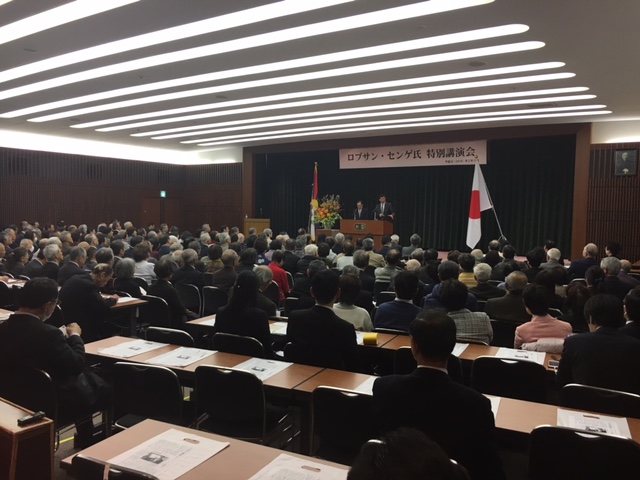 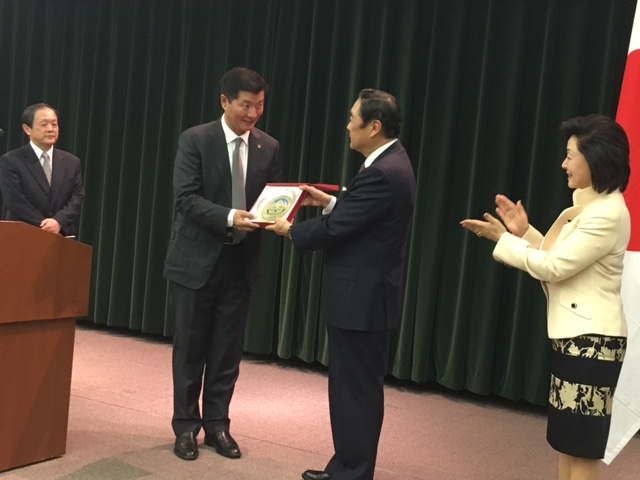 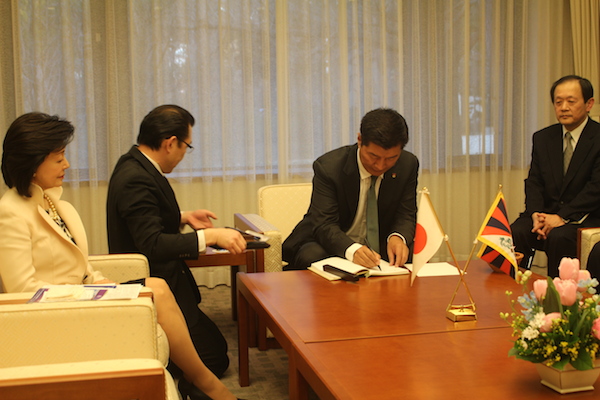 CTA President Dr. Lobsang Sangay during his visit to Reitaku University in Japan to deliver a talk on Tibet’s Tragedy and Future on Feb 18, 2018. 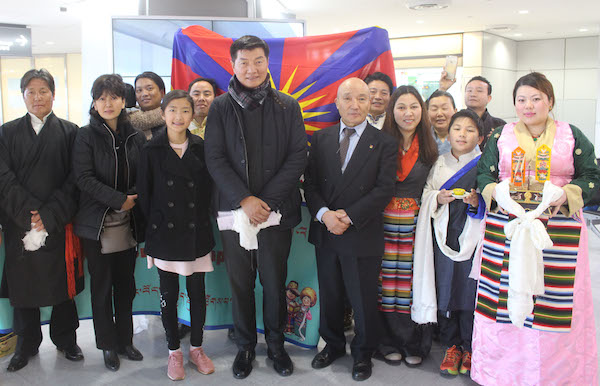 Representative Mr. Lungtok, Office of Tibet staff and members of the Tibetan community, welcome CTA President Dr Lobsang Sangay on his arrival in Japan on Feb 18, 2018 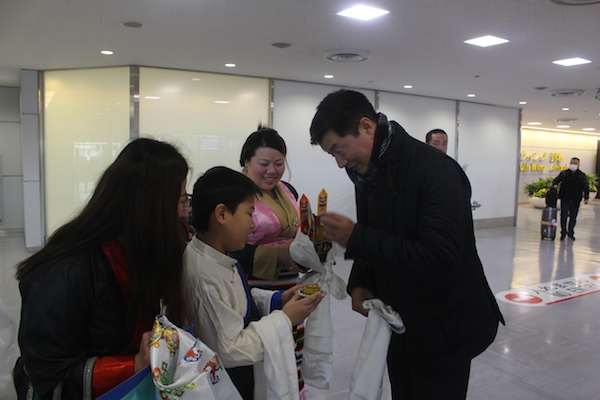 Representative Mr. Lungtok, Office of Tibet staff and members of the Tibetan community, welcome CTA President Dr. Lobsang Sangay on his arrival in Japan on Feb 18, 2018