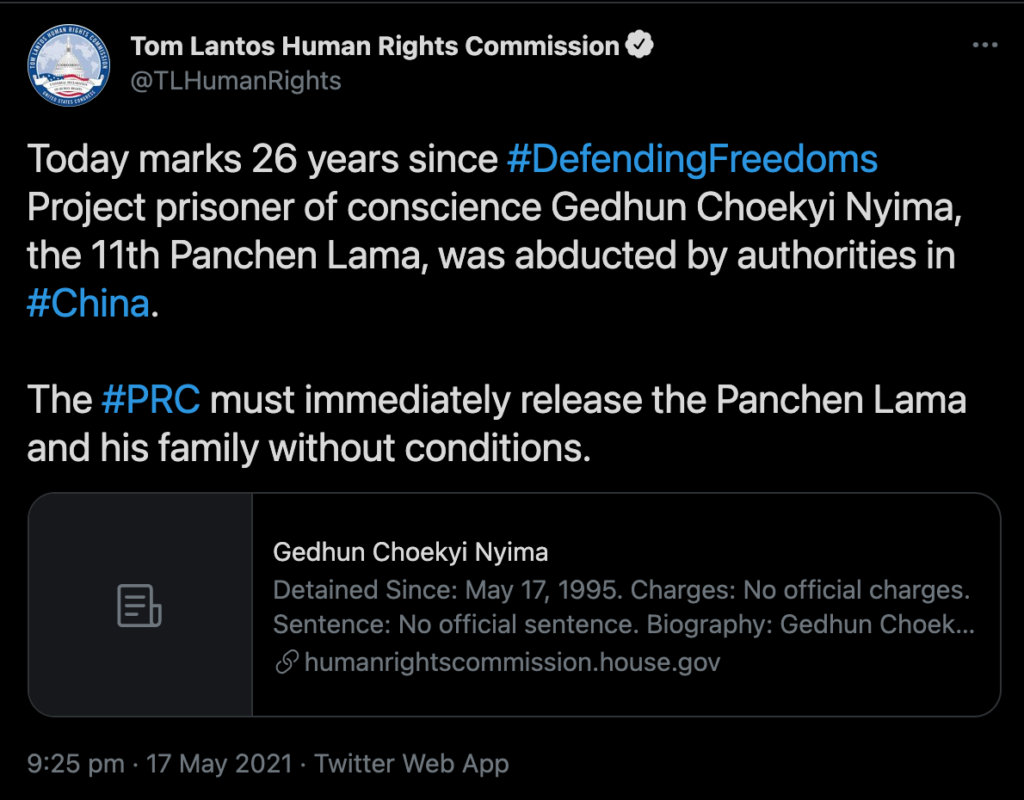 Screengrab of the tweet by Tom Lantos Human Rights Commission

Dharamshala: Exactly 26 years ago on 17 May, a six-year-old boy who was recognised as Tibet’s 11th Panchen Lama involuntarily disappeared from the public eyes just three days after his official recognition by His Holiness the 14th Dalai Lama.

Abducted by the Chinese authorities, the whereabouts of Gedhun Choekyi Nyima who would be playing a pivotal role in the lineages of the Dalai Lamas and vice versa could not be traced and verified since then leading to incessant global call pressuring China to instantly release him and his family. However, the Chinese government has repeatedly maintained that Gedhun Choekyi Nyima is leading a “very good life” and doing well but without providing a piece of single evidence to verify its claim in all these years.

All these years of Gedhun Choekyi Nyima’s enforced disappearance, the Tibetans, Buddhists, and Tibet supporters around the world have celebrated and marked his birthday in absentia in hope that he and his family are well and healthy and that one day, the world will see him free and receive his blessings in person.

The call for Panchen Lama and his family’s immediate release still continues and each time more vigorous and amplified by rights body, government officials, Members of Parliaments, and international rights organizations worldwide. They have constantly voiced concerns over the wellbeing of Gedhun Choekyi Nyima and his family while urging China to release them and other prisoners of conscience.

Tom Lantos Human Rights Commission on Monday called upon the Chinese government to ”release the Panchen Lama and his family without conditions”.

In commemoration of the 26th anniversary of the enforced disappearance of Gedhun Choekyi Nyima, US Commission on International Religious Freedom (USCIRF) renewed call for the Chinese government to reveal the whereabouts of the 11th Panchen Lama.

USCIRF Commissioner Nadine Maenza pressed for an independent expert to be allowed to visit and verify the well being of Gedhun Choekyi Nyima.

”The @DalaiLama recognized Gedhun Choekyi Nyima as the 11th #PanchenLama on May 14, 1995. We reiterate our calls on the Chinese govt to make known Gedhun’s whereabouts & allow an independent expert to visit him to confirm his wellbeing,” USCIRF tweeted the statement of Maenza.

”The Chinese government is so desperate to stifle Tibetan Buddhism that it kidnapped a six-year old boy, urged the Vice Chair of USCIRF Nadine Maenza. She further added, ”Únfortunately, Gendun’s tragic plight represents the struggles of millions of Chinese believers to practice their faith in the face of an unprecedented crackdown.” 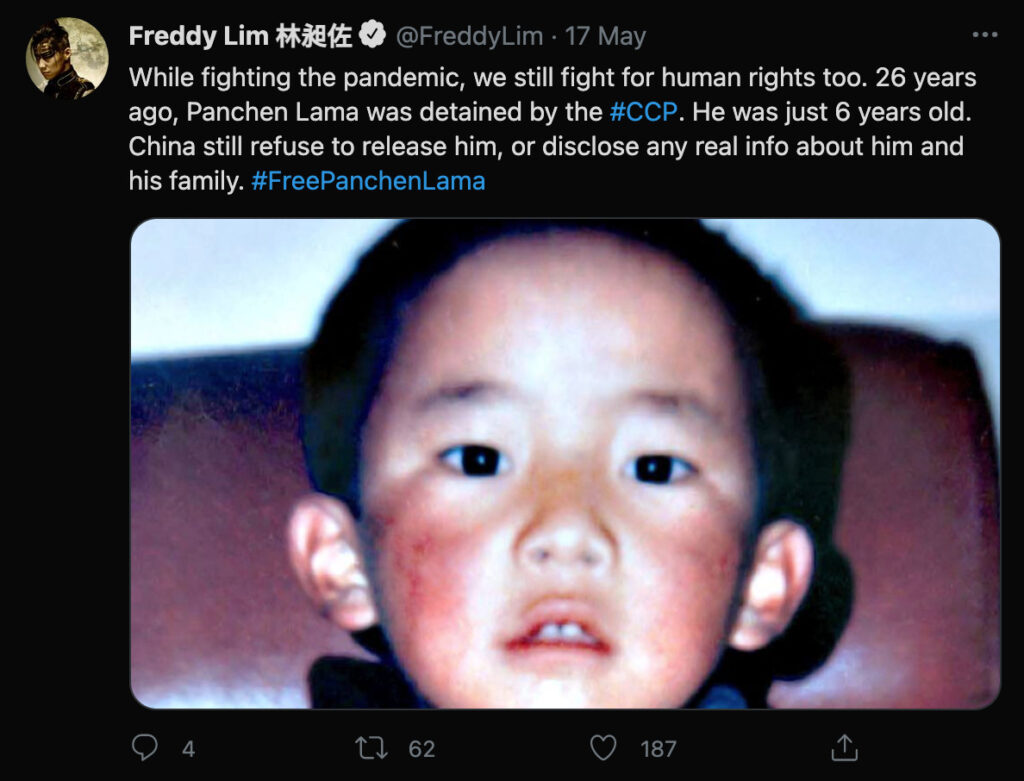 Freddy Lim, an ardent supporter of the Tibetan cause appealed for urgent freedom of Gedhun Choekyi Nyima using the hashtag free Panchen Lama.

”While fighting the pandemic, we still fight for human rights too. 26 years ago, Panchen Lama was detained by the #CCP. He was just 6 years old. China still refuse to release him, or disclose any real info about him and his family. #FreePanchenLama”’, he tweeted yesterday.

“Have had the opportunity to directly ask the Tibetan delegation from the Tibet Autonomous Region on the whereabouts of the Panchen Lama when they visited Ottawa in 2018 to appear infront of the Standing Committee on Foreign Affairs and International Development. They said he is fine and do not wish to be disturbed. I will continue to advocate for the Panchen Lama and hope for a day when we will see him in person amongst his people”, he posted on Facebook. 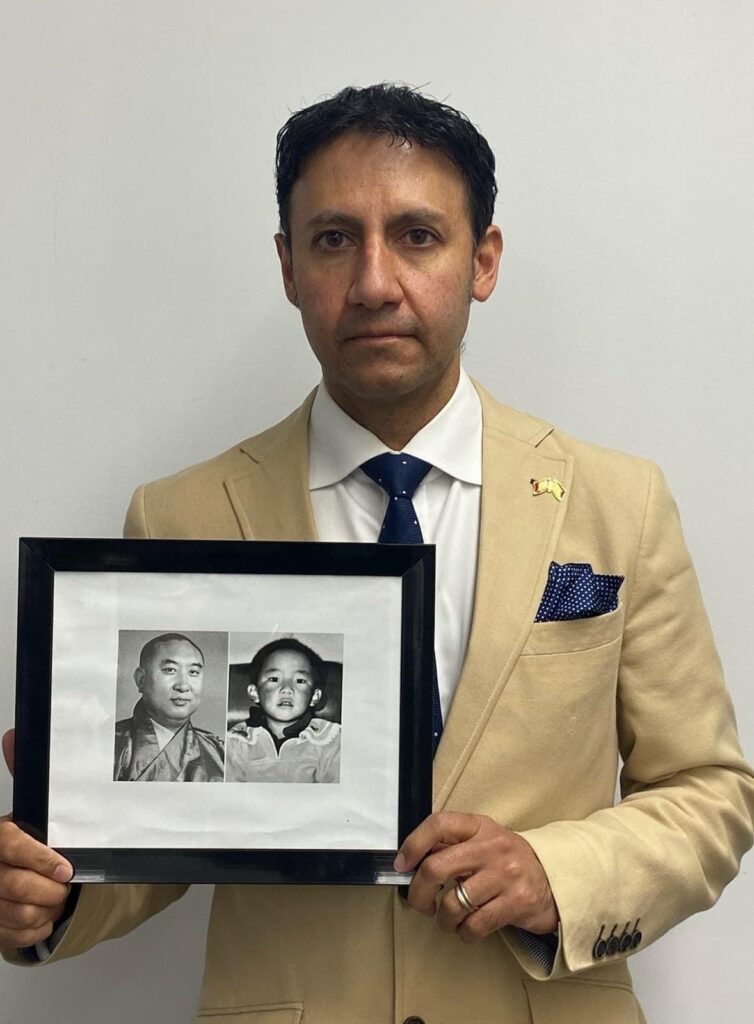 Similarly, MP Cathay Wagantall, Canada House of Commons issued her statement on the occasion in which she stated that the abduction of Gedhun Choekyi Nyima by the Chinese government is predominantly intended to ‘suppress religious belief and expression’.

“I join the United States Commission on International Religious Freedom (USCIRF) in calling for the immediate and unconditional release of the Panchen Lama. On this, the 26th anniversary of Gedhun’s abduction, Canada must call for the same”, stated MP Wagantall on Facebook.

Australian MP Susan Templeman on her facebook posted that she was honoured to be part of the campaign calling for the release of Panchen Lama and further expressed her wishes to “meeting the newly arrived representative of the office of the Dalai Lama to Australia, Mr Karma Singey, during the next sitting of Parliament”. 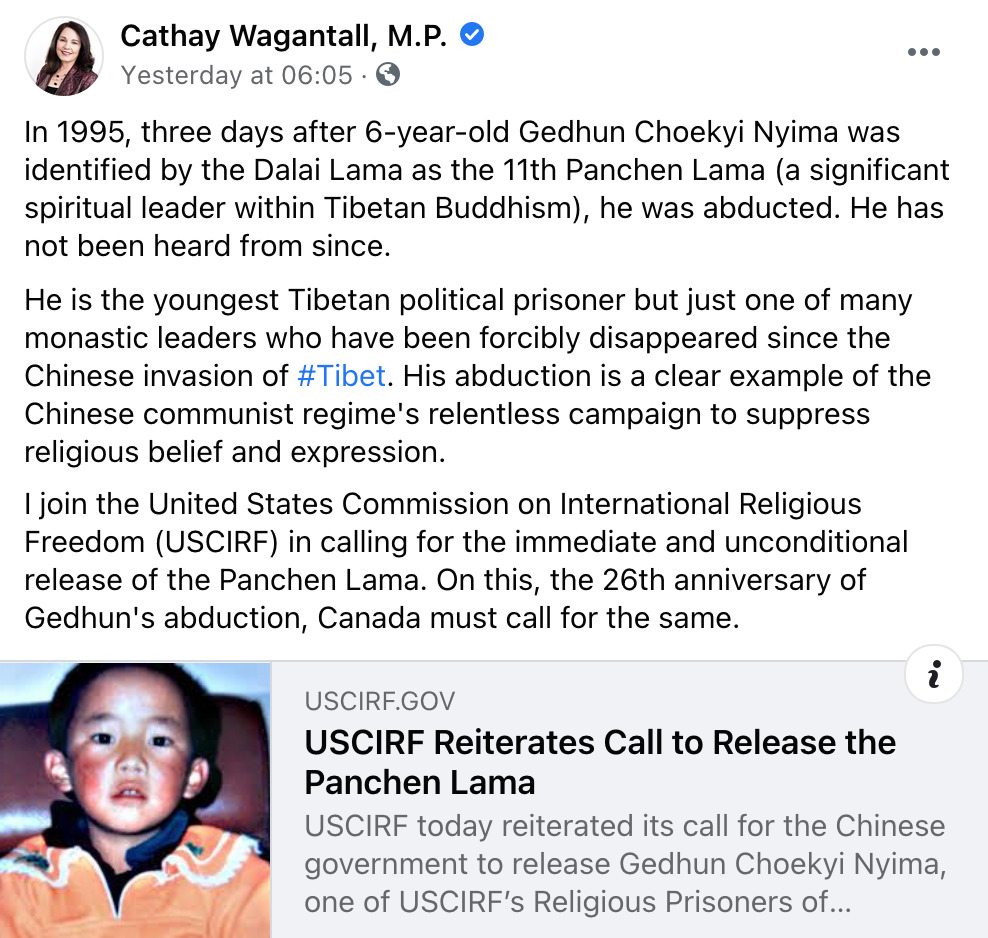 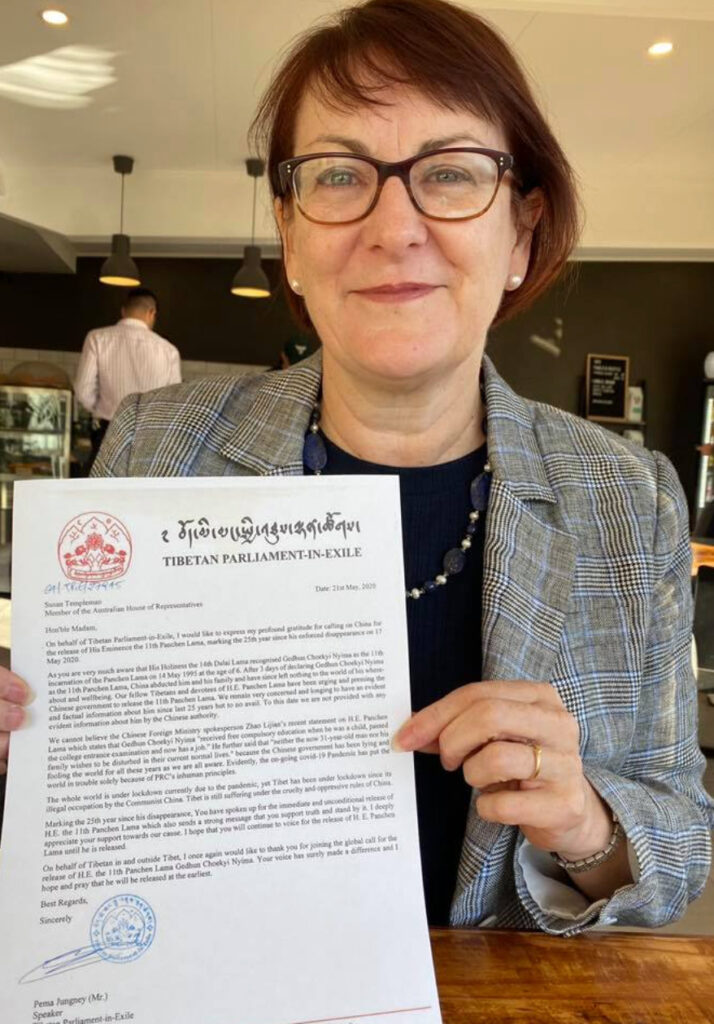 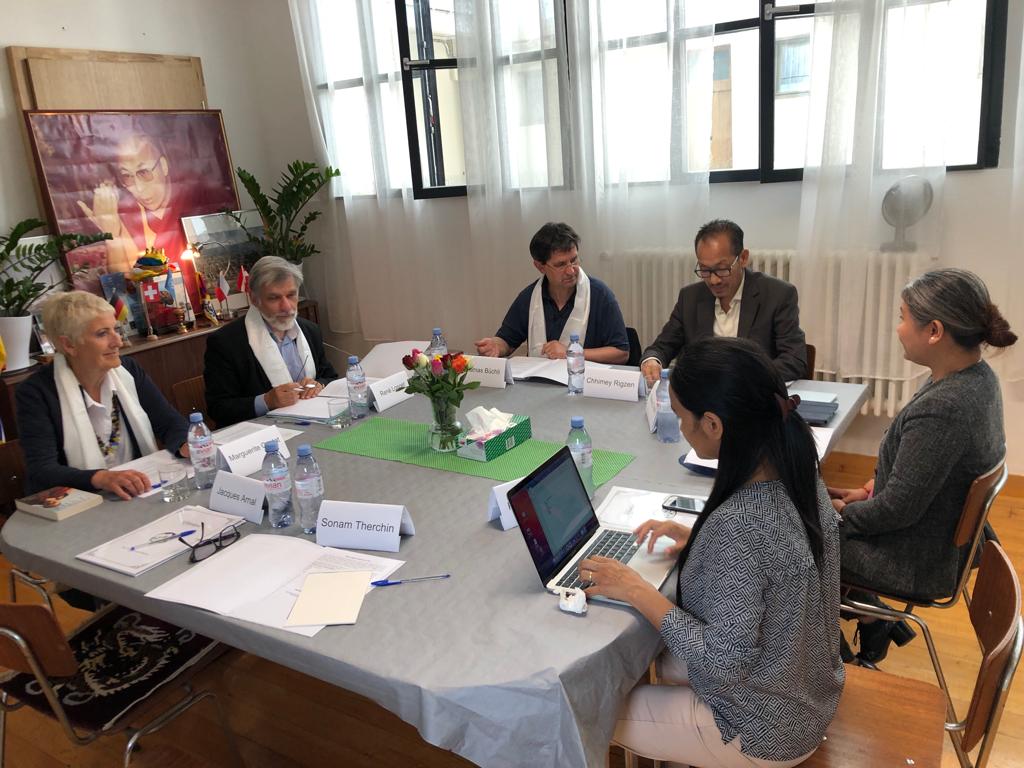 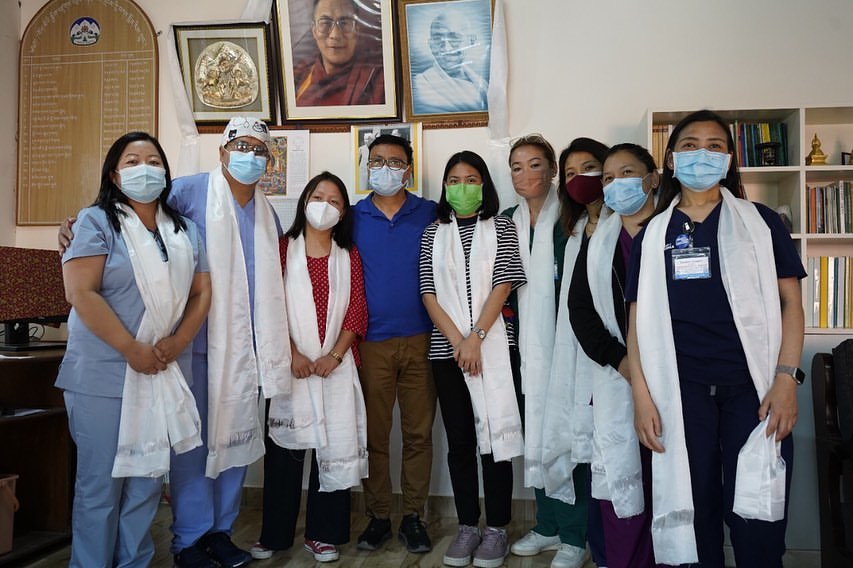