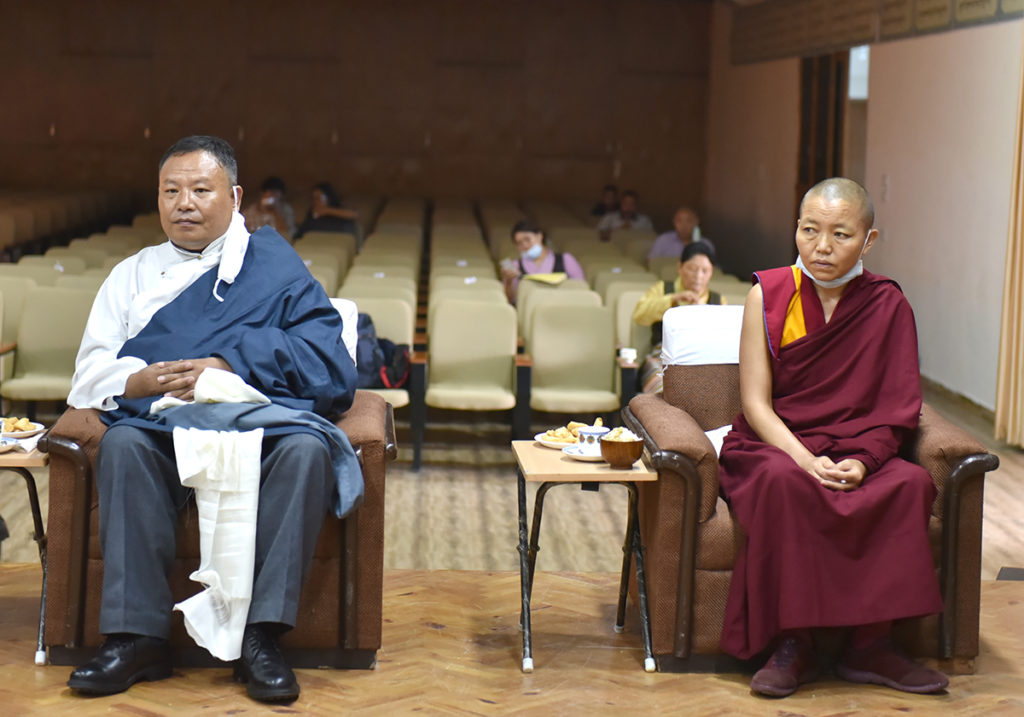 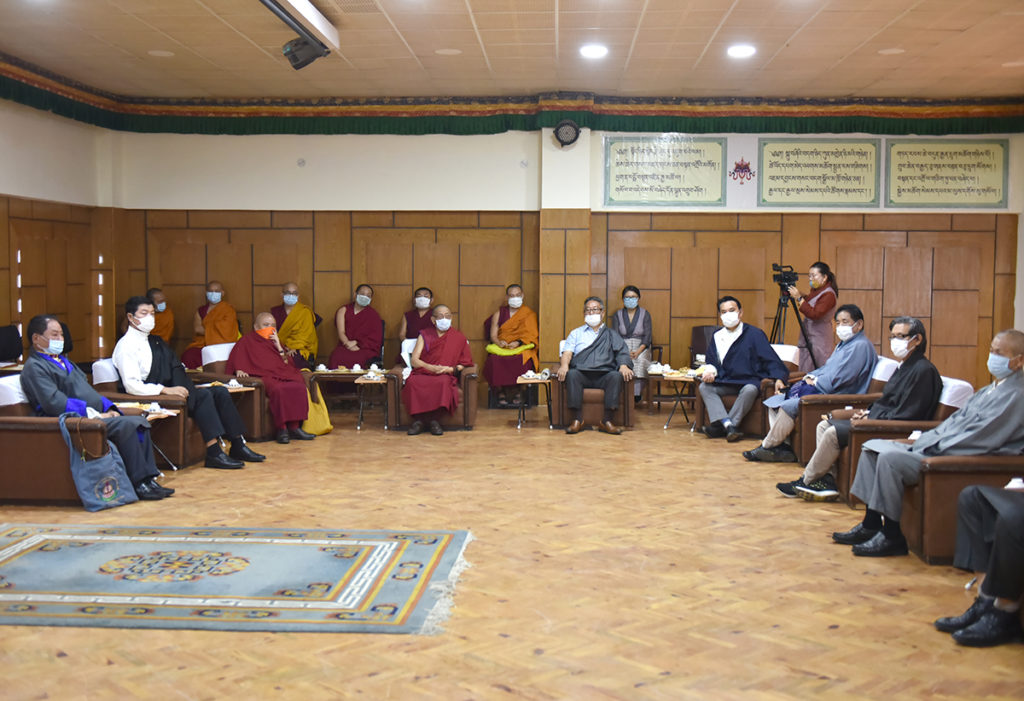 Heads of the three pillars of the Tibetan democratic system, Kalons and CTA functionaries at the swearing-in ceremony. Photo: Tenzin Phende/CTA

Geshema Delek Wangmo was born on 6 July 1961 in Lithang, Kham, Tibet to father Ngawang Palden and mother Choekyi. She became a nun at a very young age and received monastic vows from Tulku Tenzin Delek Rinpoche. In 1988, Geshema Delek Wangmo along with some 100 Tibetan people set off on a pilgrimage to Lhasa from Lithang doing prostration. On reaching Lhasa, they were not allowed to visit Jhoho (statue of Buddha) and other monasteries by the Chinese government. So they set off to Mount Kalash and then to India via Nepal in 1990. As per the wishes of His Holiness the Dalai Lama and under the care of Chamku Rinchen Khando, Geshema Delek Wangmo managed rented room from local Indian until the construction of Dolma Ling Nunnery. She completed five major Buddhist texts (Shungchen Kaboe Nga) from Dolma Ling Nunnery and subsequently received her Geshema Degree which is equivalent to a Ph.D. of Buddhist studies. Geshema Delek Wangmo has always been very good at studies. She has also taken various responsibilities of the nunnery while doing her education and participated in numerous scholarly debates. In 2018, she has also studied the great secret tantra (Sangchen Gyude) from Gyutoe Monastery for a year. Geshema Delek Wangmo is currently working as a teacher in Dolma Ling nunnery.

Mr. Sonam Gyaltsen was born on 23 February 1973 in Thridak, Domey province to father late Mr. Kelsang Namgyal and Mother Mrs. Choeying Sangmo. From the age of 7, he started his primary education from a Chinese government primary school. Followed by intensive studies of various Buddhist texts. In 1993, he came to India via Nepal and studied the English language for a year at Tibetan Transit School (TTS). He then did the primary Tibetan teacher’s training from College for Higher Tibetan Studies (Sarah) for two years. Starting as a junior lecturer of Tibetan history in 1997, he has served as senior Tibetan history lecturer in 1993 and as a Professor of Tibetan History in College for Higher Tibetan Studies, Sarah from 2014. In addition to that, he is also a former member of the Local Tibetan Assembly of Dharamsala and a former Tibetan Parliament member of the 15th Tibetan Parliament-in-Exile. He is currently serving as a member of the education council and has participated in numerous Tibetologist conferences. He is also visiting professor of the Institute of Buddhist Dialect Ladakh, Central Institute of Higher Tibetan Studies in Varanasi, Dalai Lama College, Dzongsar Shedra, and Sakya Ngor Sangchen Gyudra. 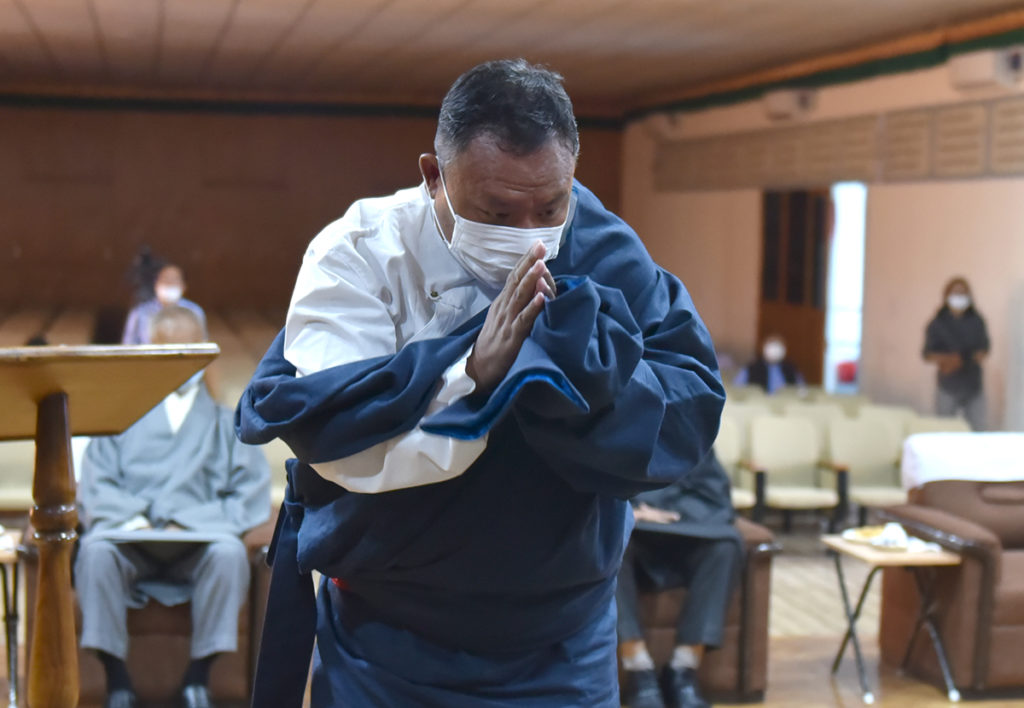 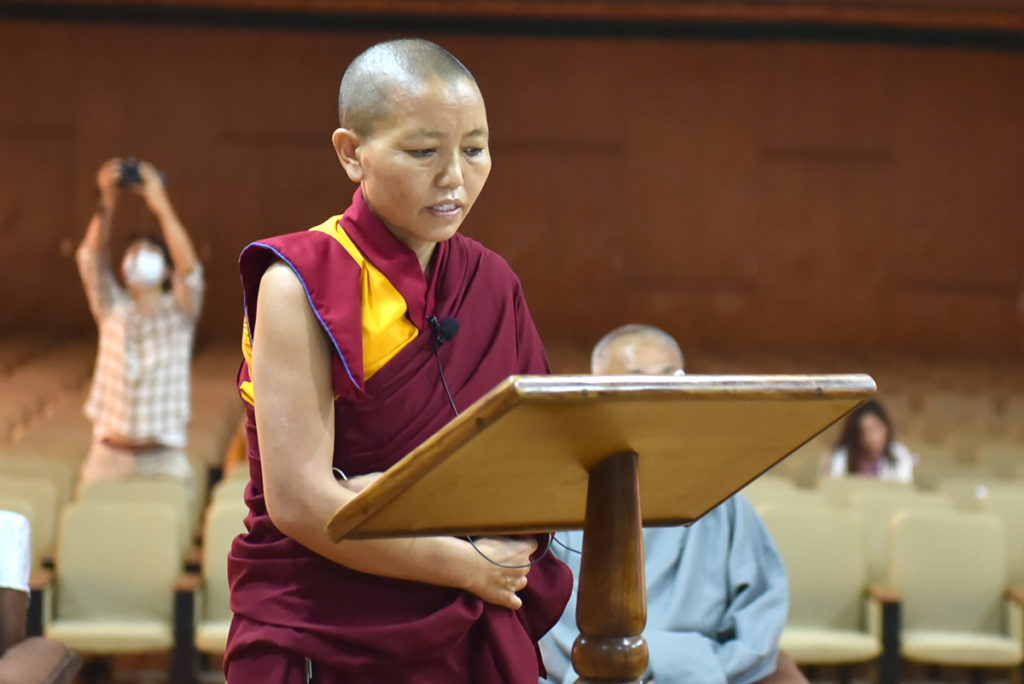 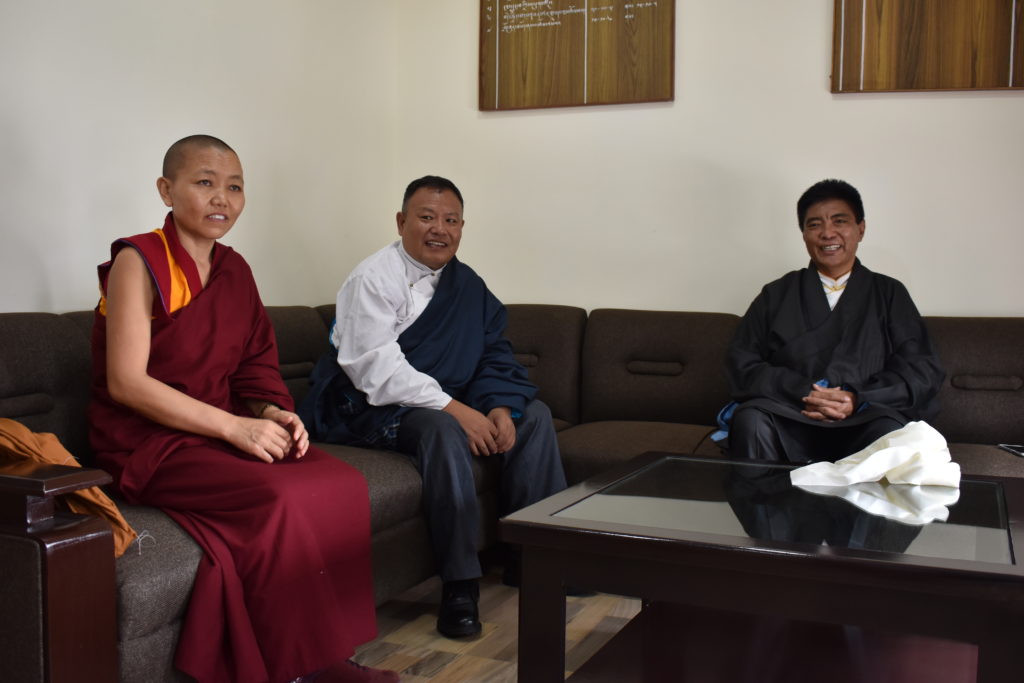 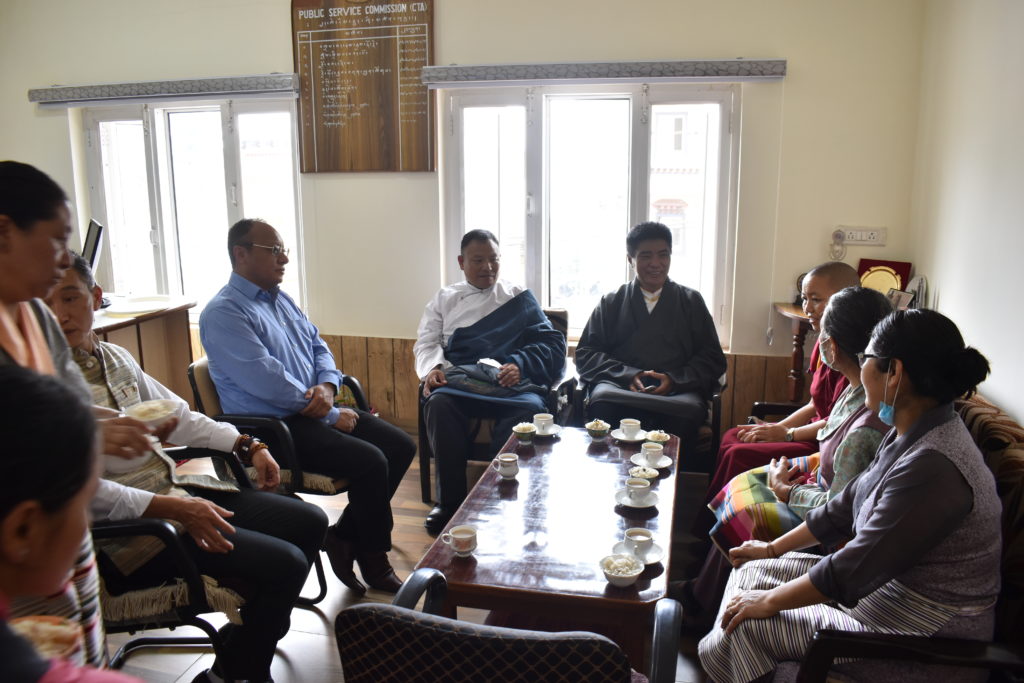 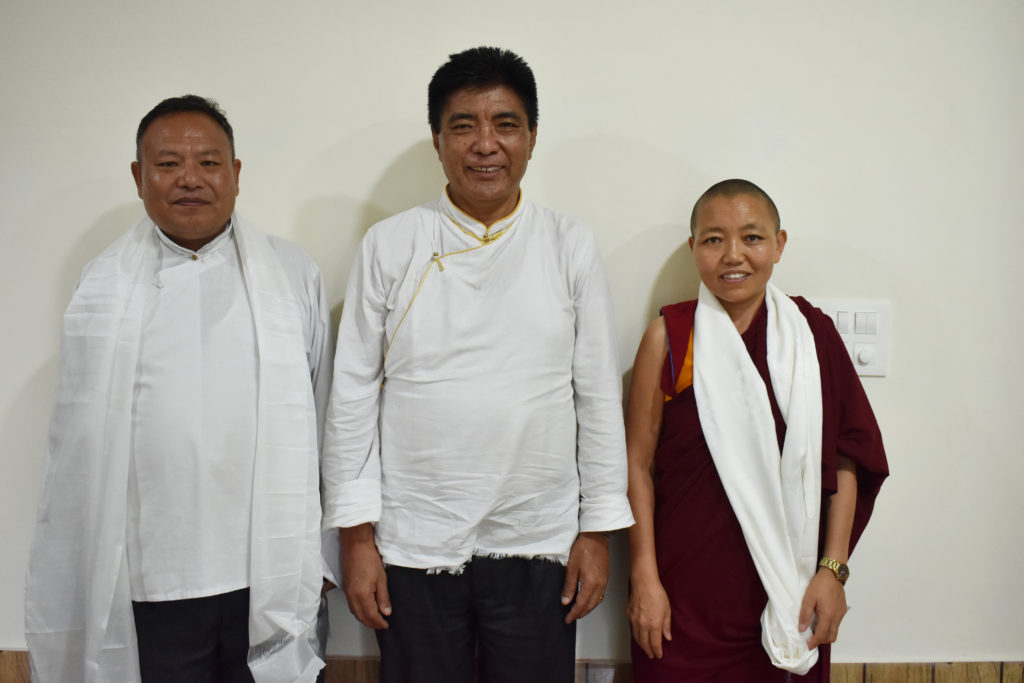