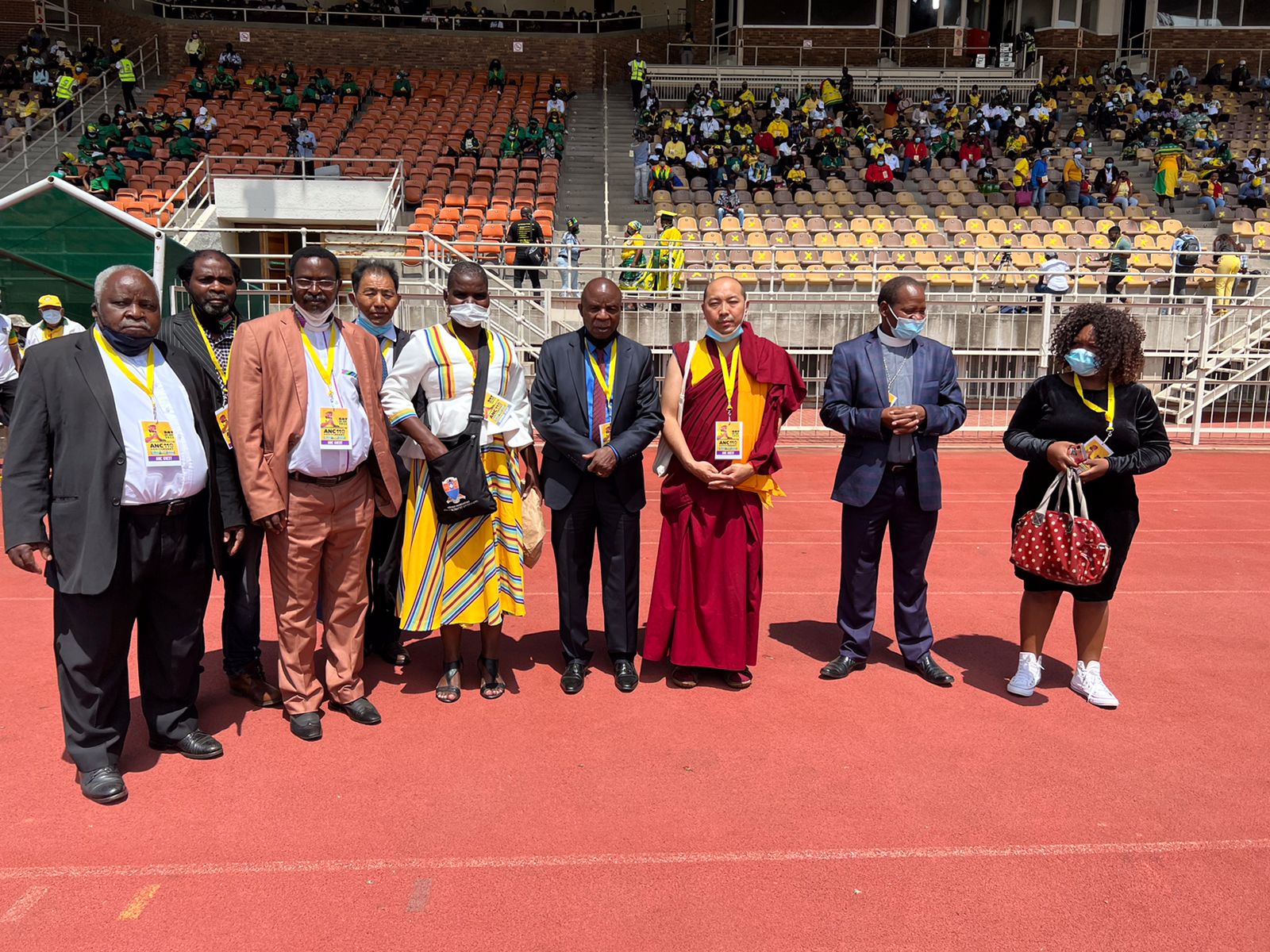 Polokwane: Geshe Lobsang Dhondup and Representative Ngodup Dorje participated in an Interfaith Prayer Meeting of the 110th Founding Day Anniversary of the African National Congress (ANC) on the 8 January 2022, which was held at Peter Mokaba Stadium in Polokwane of Limpopo Province.

More than seven faith leaders from major world religions including Christianity, Hinduism, Buddhism, Judaism and traditional African religious belief system made fervent prayers in their ways for the success of the event.

The anniversary celebration was held amidst tight security and Covid-19 restrictions which was graced by the President Cyril Ramaphosa who is also the President of the ANC.

– Filed by the Office of Tibet, South Africa 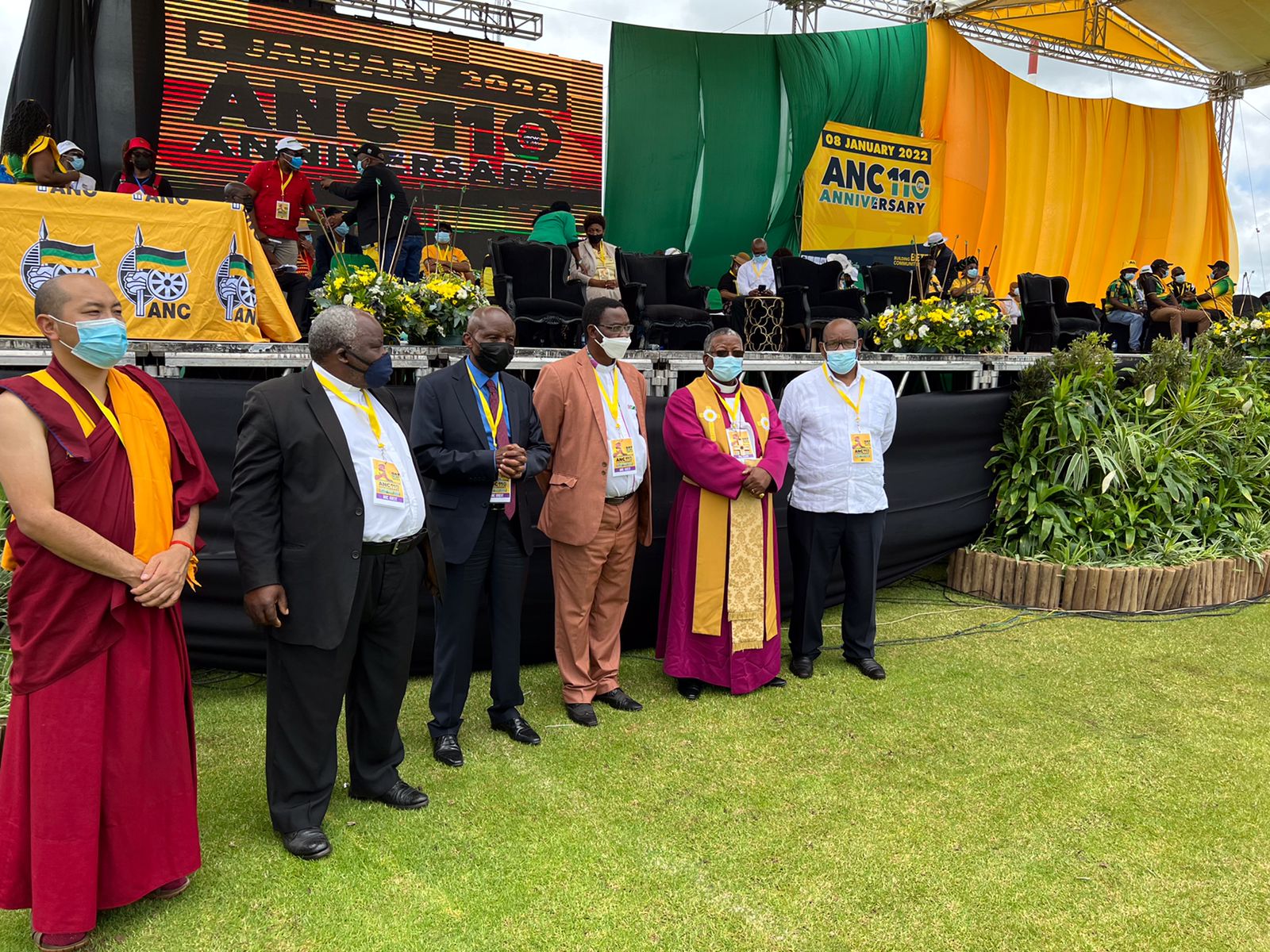 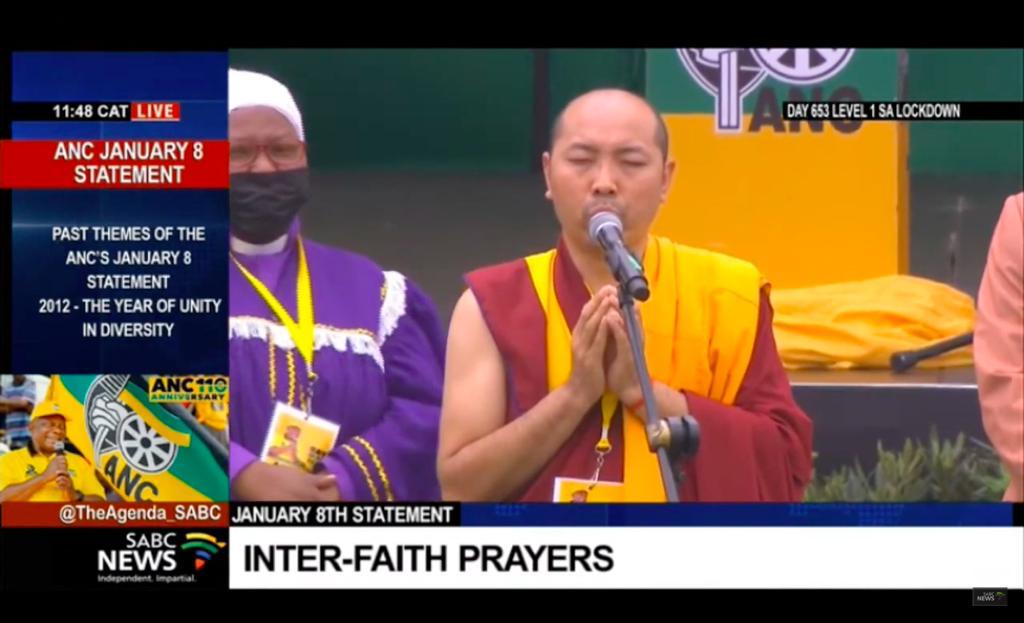 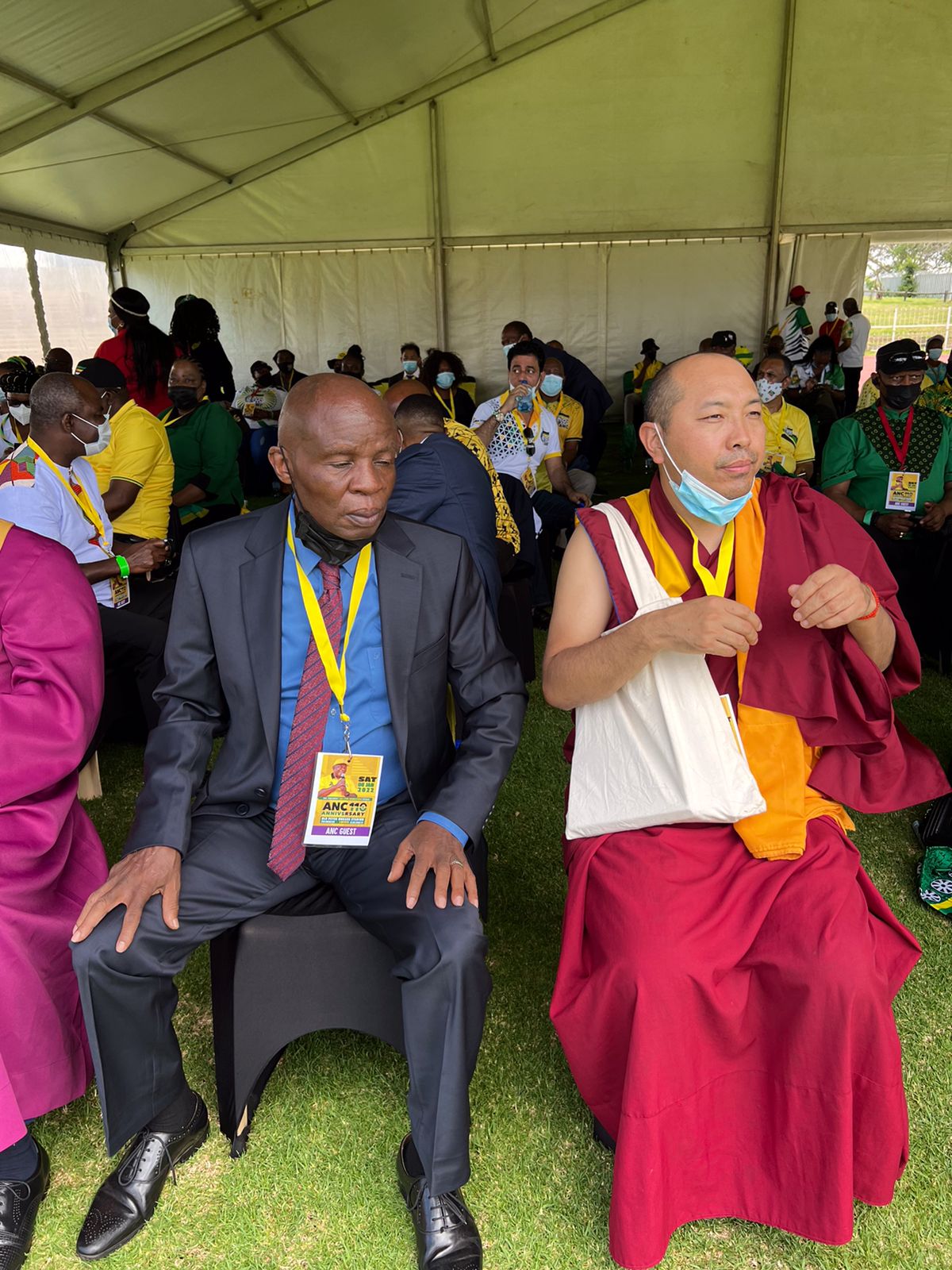