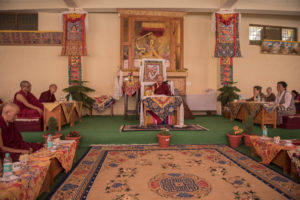 The awards were presented to the top three nuns of year 1-4 who appeared for 2018 final year examination.

Chief guest Kasur Kirti Rinpoche and the special guests felicitated the nuns who showed outstanding and excellent performance in academics and other co-curricular activities.

A total of 48 nuns received the awards for different achievement.

Kasur Kirti Rinpoche congratulated the award winner nuns for their achievements and applauded the hard work and effort of teachers and guidance behind the success. Meanwhile, he encouraged the gathering nuns to pursue Geshema degree(highest academic title in Tibetan Buddhism) a longstanding aspiration of His Holiness the Dalai Lama.

“You must strive to pave the way for other nuns to follow through your exemplary achievement” advised Kasur Kirti Rinpoche.

Kirti Rinpoche urged the teachers and guidance teachers to specifically have young nuns accustomed to the idea of Buddhism at the early stage by introducing them the vast and profound knowledge of Buddhism in greater detail. 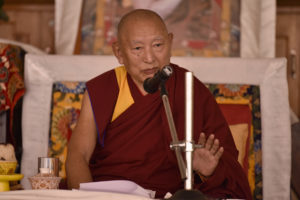 He then talked about the prevailing state of religion inside Tibet which is heavily repressed by anti-religion activities of the Chinese government.

He, therefore, urged the nuns and monks in exile to make an extra effort not only in preserving and promoting Tibetan Buddhism but learning the philosophy of different religions as well.

Kalon also noted that no amount of advancement in modern technology has brought any positive impact on mental health as cases of suicide and depression still persists at an alarming rate.

“ The therapy and the treatment to such problems lies in learning and practicing ancient practices of Tibetan Buddhism” informed Kalon Ven Karma Gelek Yuthok while he urged everyone to pursue a goal which would eventually benefit the well being of all sentient beings.

The event concluded with a word of gratitude and appreciation delivered by the head nun of Geden Choeling nunnery. 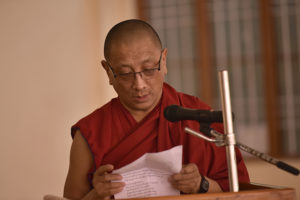 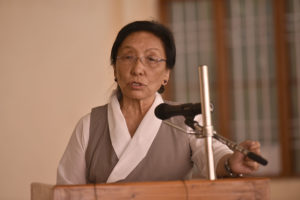 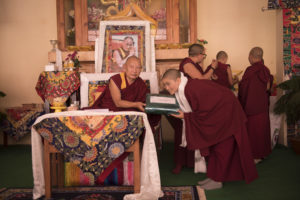 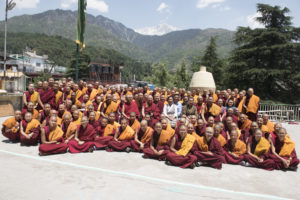