From Jerusalem, leader in exile says ‘Next year in Tibet’ 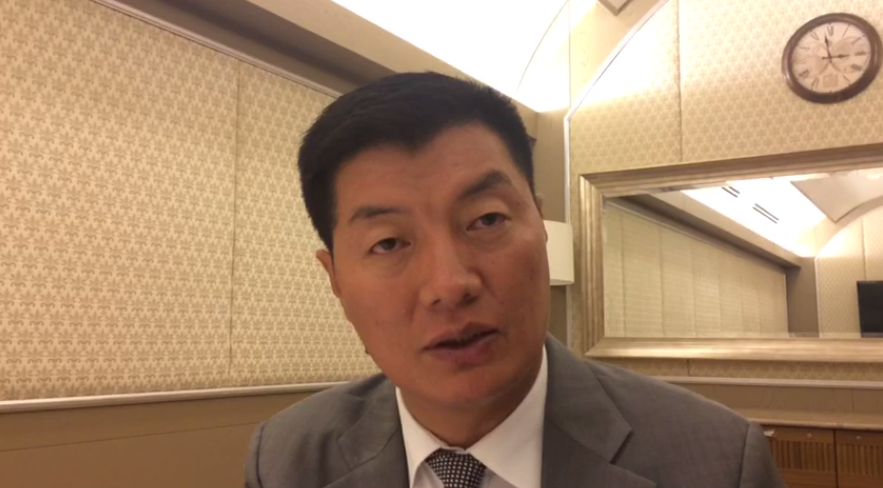 Tibetan President-in-exile Lobsang Sangay knows what it is like to long for land that he has never seen.

Born in India, the soft-spoken man leads a people without a country. Like Sangay, they are inspired by the Jewish nation’s return to their homeland, as they campaign for autonomous recognition from China.

“We always look for hope. If the Jewish people can do it, we Tibetans should be able to do it too,” Sangay said.

“There is a sobering lesson that it took them 2,000 years,” said Sangay, adding that he wished his people’s prayer would be “answered much more quickly.”

Sangay spoke with The Jerusalem Post at the tail-end of his five-day trip to the Jewish state organized by the Israeli Friends of the Tibetan People.

But this is Sangay’s first trip. On his itinerary was a trip to the Western Wall, where he placed a note with a private prayer for freedom for the Tibetan people within the crevices.

He recalled that the site’s alternative name is the “Wailing Wall” because of the millions of people over time who shed tears over the Jewish exile.

“Every day and every year on Passover you pray, this year in New York or London or where have you, [but] ‘Next year in Jerusalem.’ Then finally that prayer is answered,” Sangay said.

To imagine that emotion, Sangay said, “is very overwhelming.”

“Then as a Tibetan you feel the same, six million Tibetans are feeling the same thing,” Sangay said.

“And that is the prayer. And to think how many hundreds of thousands of Tibetans have died in the last 60 years, praying, dreaming, wishing for the Dalai Lama’s return to Tibet and have not yet been fulfilled,” Sangay said.

Like the Jews, the Tibetans have also struggled to maintain their identity and culture in their diaspora, he said.

During his time in Israel, Sangay’s schedule was deliberately kept low key, with civil society meetings and visits to tourist sites and the Supreme Court.

He was particularly moved by his visit to Yad Vashem and what he learned about the resilience of the Jewish people.
His people too, he said, suffered from oppression at the hands of the Chinese.

“It is not to that scale, but still it is estimated that one million Tibetan died in various circumstances,” he said.

Although the spoke to the press, he deliberately did not seek any high-profile political meetings.

“Next time I will make a political visit and see how many people in the government and the Knesset will meet or not,” Sangay said.

In some sense, Tibet is a test. If you meet with Tibetans, you are actually for non-violence, democracy and human rights. We have not tested the political leadership this time, but hopefully next time,” Sangay said.

He also did not visit the Palestinian territory, because he stuck to the organized itinerary, but would be happy to respond to an invitation from the Palestinian Authority.

Sangay said he did not want to comment on the Israeli-Palestinian conflict, but could state that he supported human rights, non-violence and a solution through dialogue.

In the future, Sangay said, he plans to seek support from Israel for the Tibetan people for what he calls the “middle-way approach.”

What this means is that Tibet seeks “genuine autonomy for the Tibetan people within China and within the framework of the Chinese constitution,”

Sangay said former US president Barack Obama met with the Dalai Lama. So it is possible to both support Tibet and have ties with China, Sangay said.

What he would like to see is dialogue between the Dalai Lama envoys and the Chinese government, he said.

During his time here, he has helped people learn more about his land, which he called “the water tower of Asia,” also known as the Tibetan Plateau that provides water for billions of people.

“The human rights situation is very desperate,” he said, pointing to the Freedom House index which gave it the same score as Syria when it comes to freedom rating.