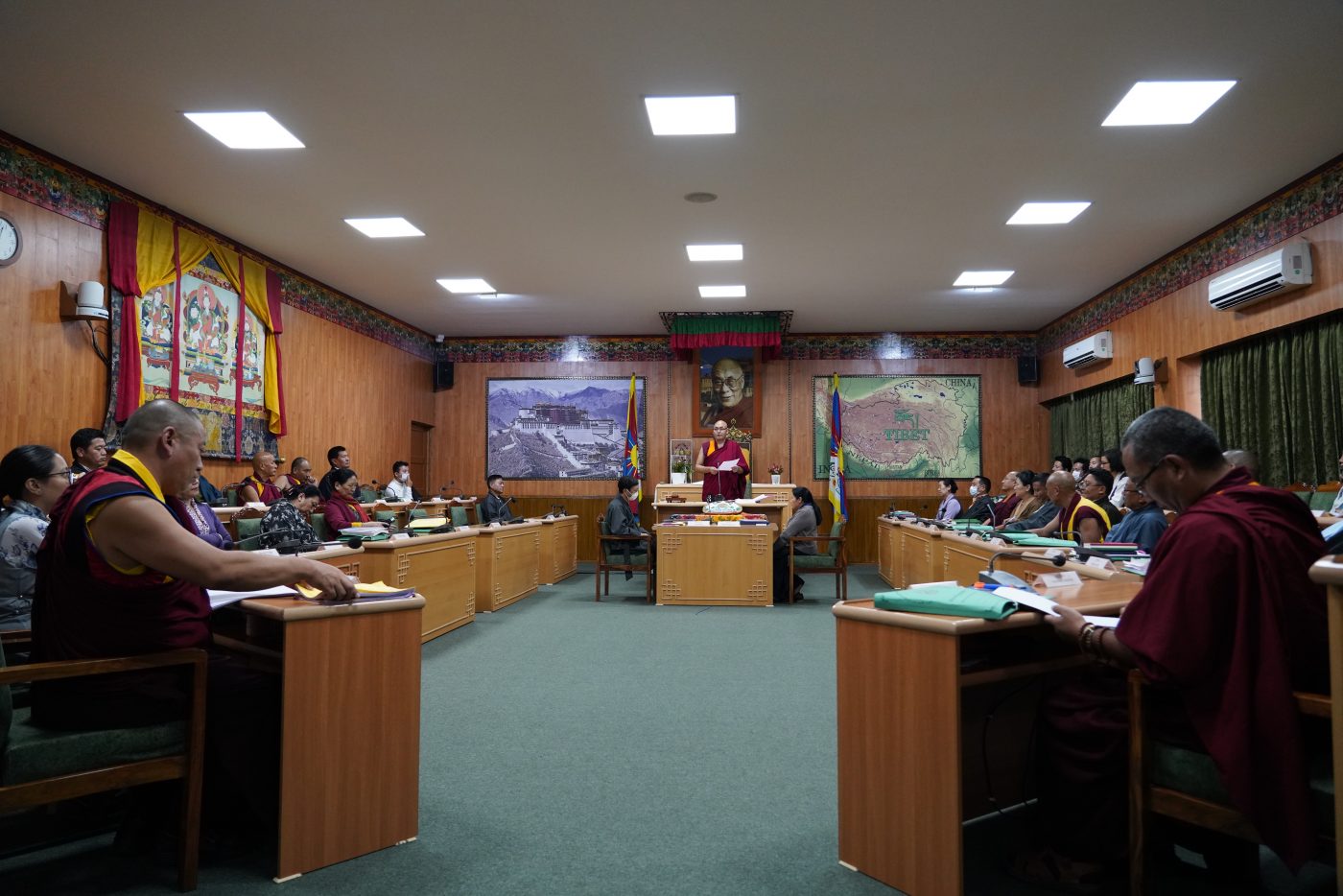 The fourth session, the general session, of the 17th Tibetan Parliament-in-Exile concluded today on 16th September of 2022.

Dharamsala: The fourth session, the general session, of the 17th Tibetan Parliament-in-Exile concluded today on 16th September of 2022.

The final day of the ongoing parliamentary general session was chaired by Speaker Khenpo Sonam Tenphel and commenced with report reading and examination of the Department of International Relations (DIIR)’s précis 2021-2022 annual report. DIIR’s report was tabled by its Kalon Norzin Dolma, followed by the presentation of the Standing Committee’s review of the detailed annual report of DIIR (2021-2022) by parliamentarian Serta Tsultrim. 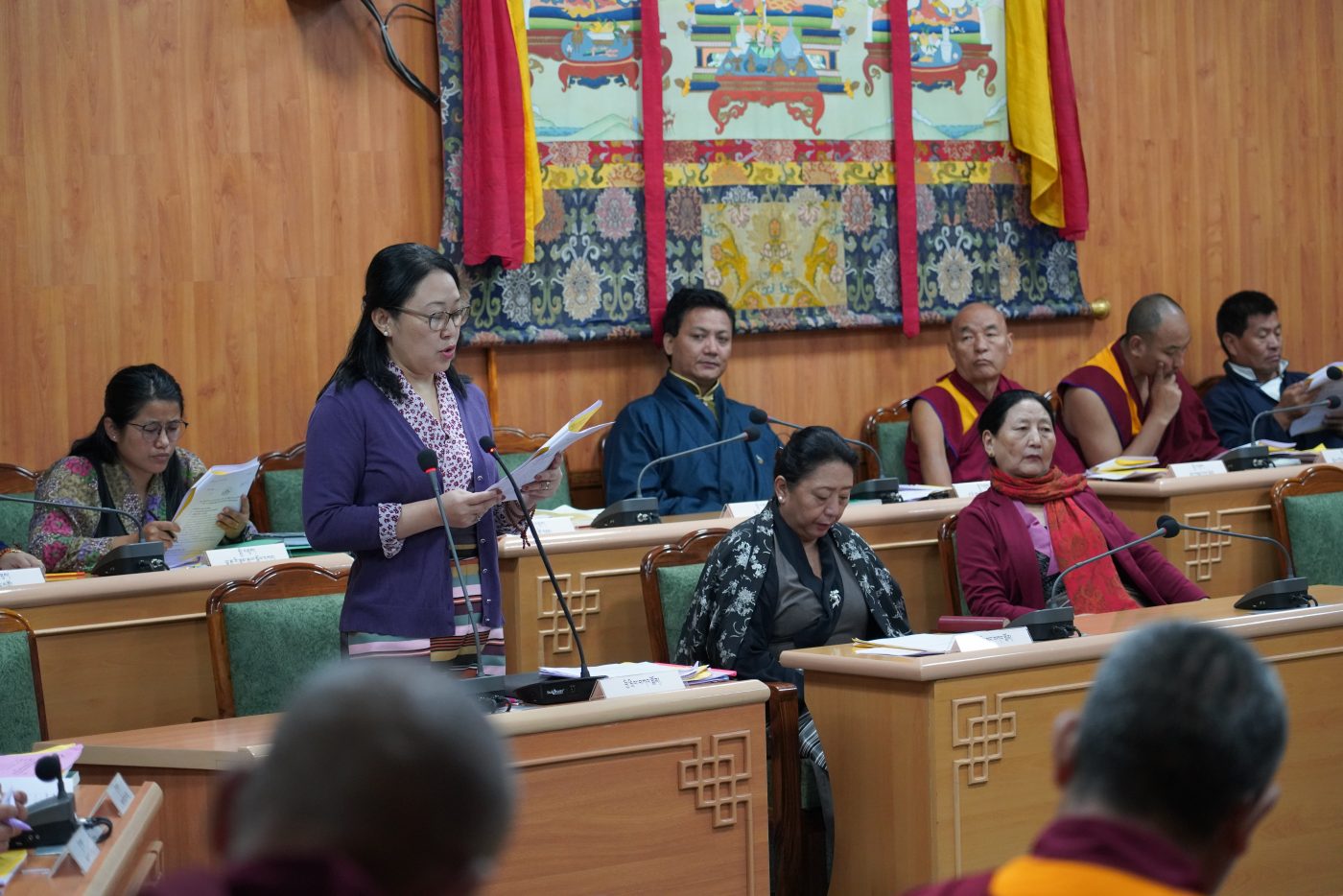 Thereafter, DIIR Kalon read out the clarification by Kashag and general debate on all the reports under the jurisdiction of DIIR and Kashag’s answer. Parliamentarians applauded the overall working of DIIR while stressing the need for lobbying support for the bill introduced in the US Congress called ‘Promoting a Resolution to the Tibet-China Conflict Act’, the importance of introducing podcasts on Tibet-related issues, and others. Questions were also asked on the status of Narthang Parkhang, weekend schools in North America, and others which were answered by the DIIR Kalon subsequently. 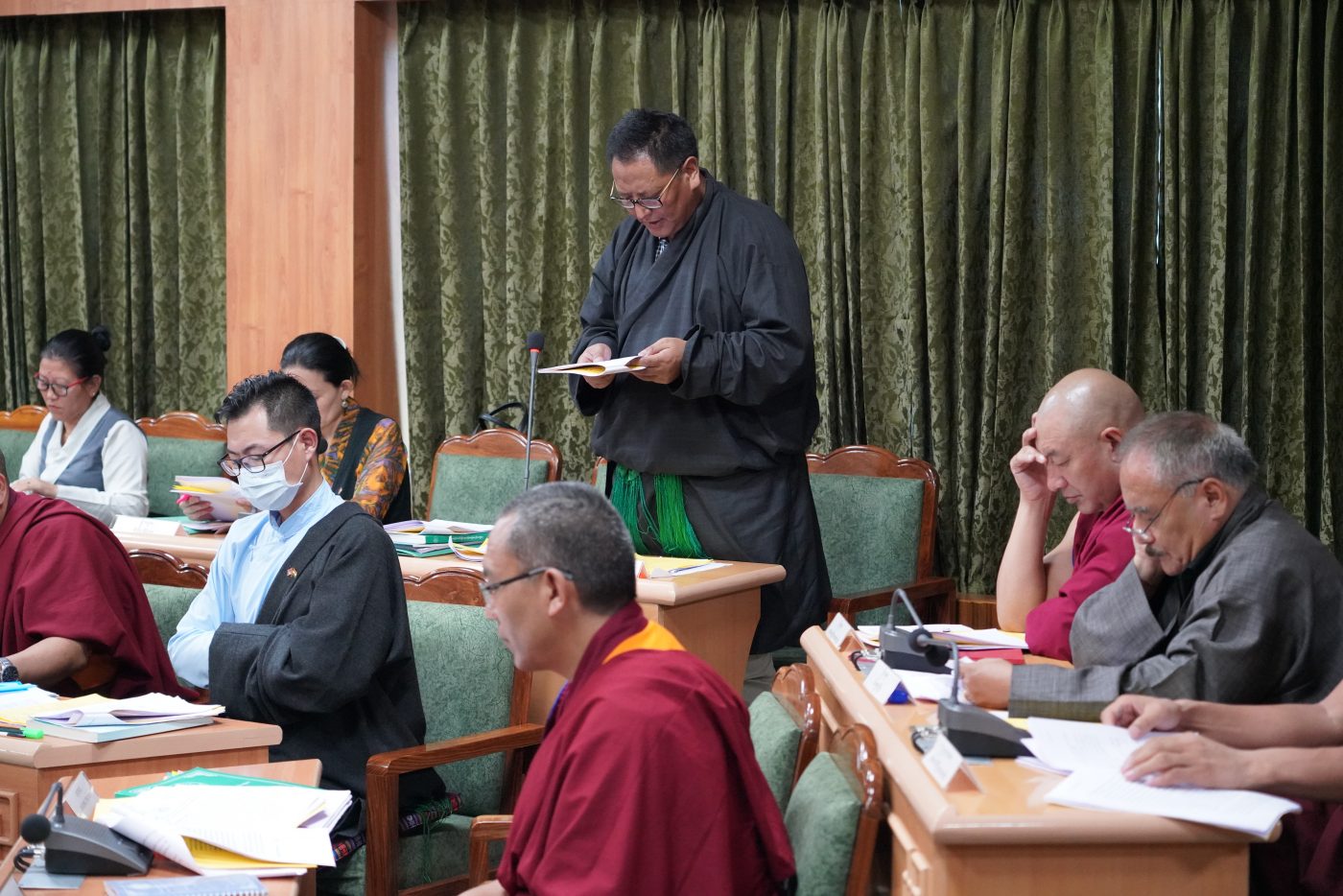 The motion for debate on the aforementioned report was tabled by parliamentarian Serta Tsultrim and supported by parliamentarian Geshe Atong Rinchen Gyaltsen. Followed by clarification by the Kashag’s by the DoHe Kalon and general debate on all the reports under the jurisdiction of DoHe. The DoHe’s Kalon answered questions raised on the issues like mental health, hygiene, health care, and many other health-related issues raised in the house. 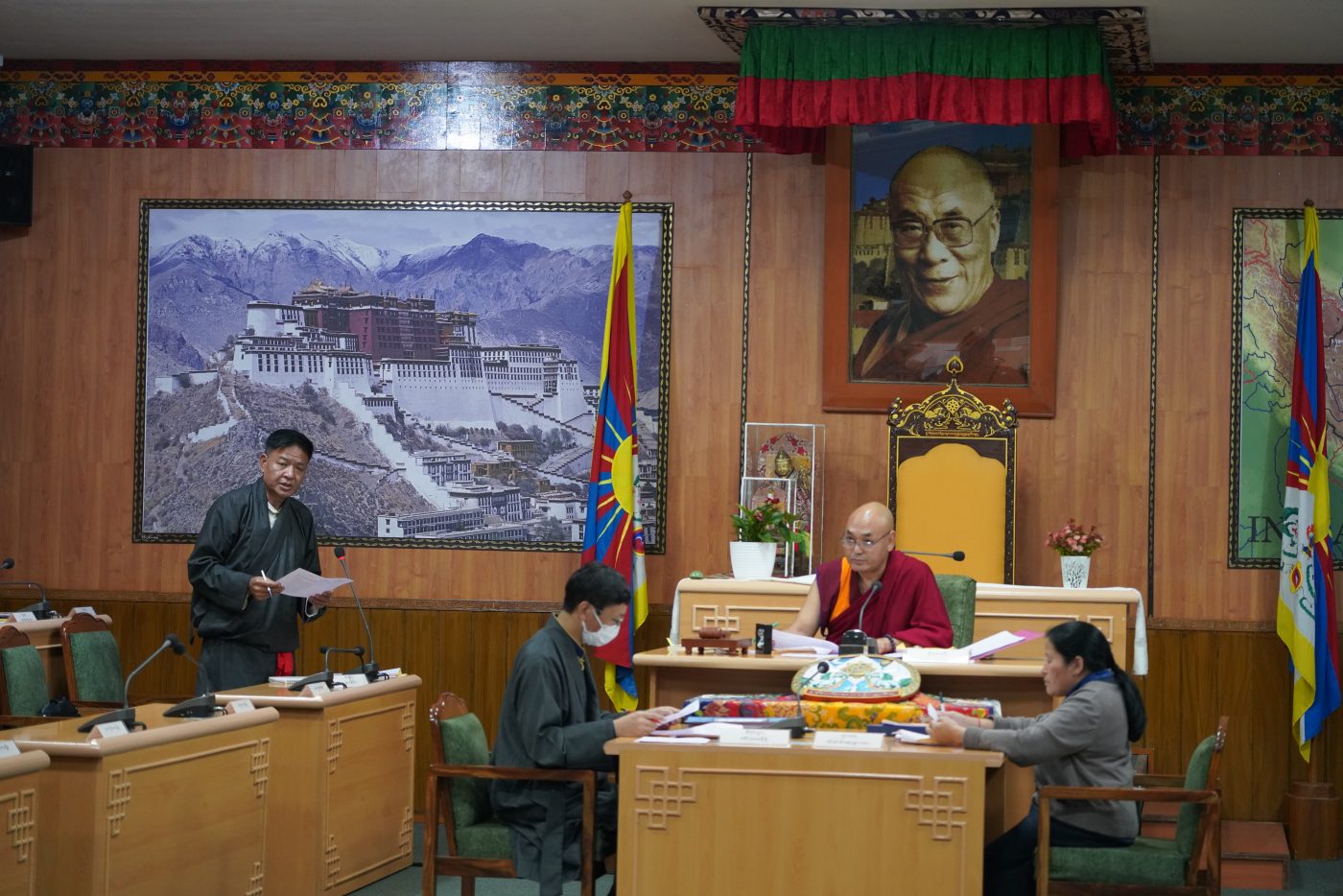 In the legislative procedure’s third reading and adoption, proposed amendments to the ‘Rules and Regulation for the housing and estate of Tibetan Settlements’ was adopted with a majority vote.

Likewise in today’s session, an official resolution to extend gratitude to India and its people, especially the Central Tibetan School Administration (CTSA) for their extensive support in providing quality modern education to the Tibetan children in India while preserving and promoting Tibet’s culture and heritage was passed in the house unanimously. The resolution explicitly thanked all the former directors and staff at the CTSA and all the former teachers and staff who had served at various Central Tibetan Schools (CST) under the CTSA providing education to thousands of young Tibetans. The gratitude resolution was tabled was Sikyong Penpa Tsering of CTA and supported by Kalon Changra Tharlam Dolma of DoE. Presently, all the schools under the CTSA have been transferred to the Sambhota Tibetan Schools Society (STSS), Department of Education (DoE) of CTA. 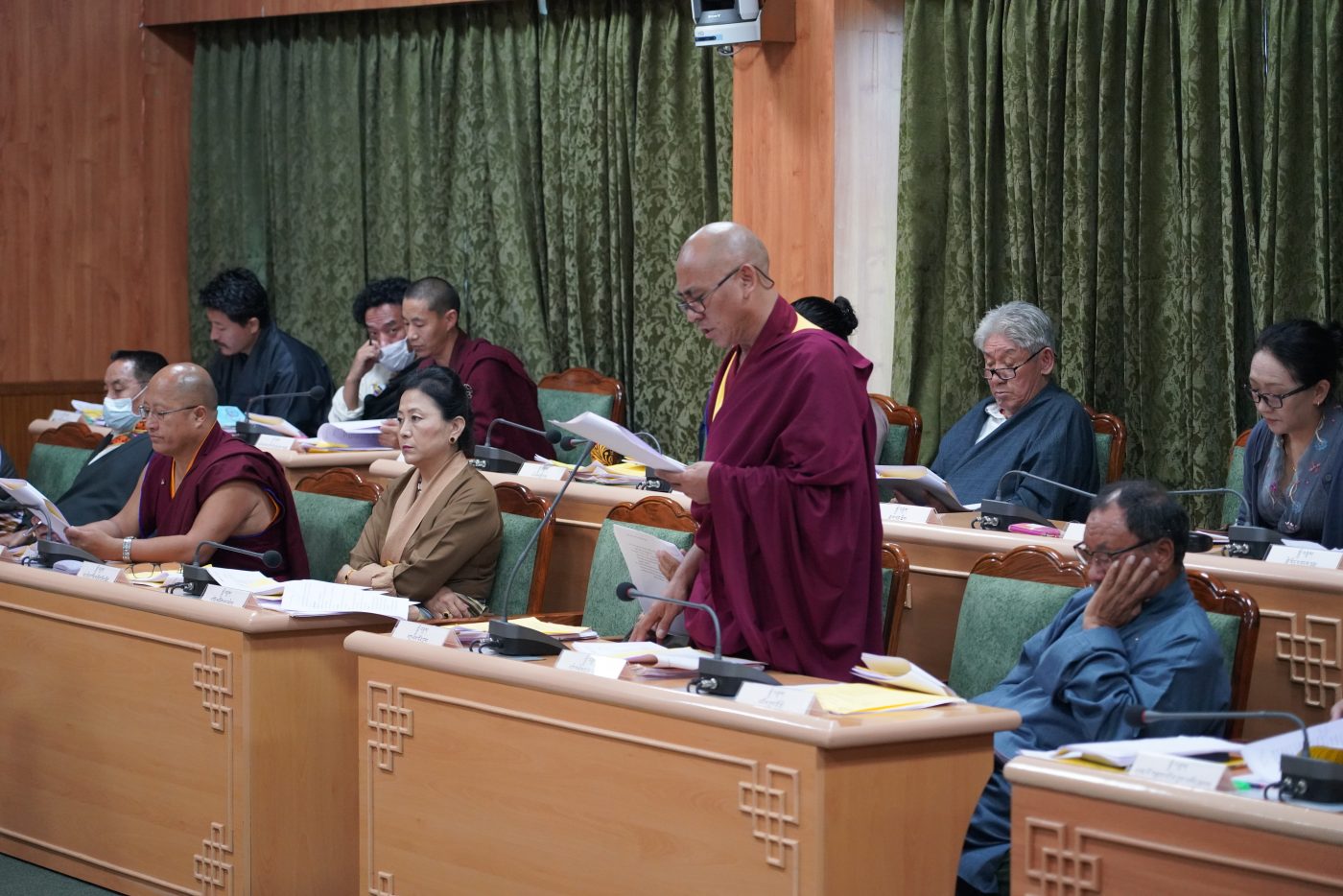 Likewise, an official resolution instructing the executive to continue the operation of the Gang Jong Development Finance Private Limited (GDP) was tabled by parliamentarian Geshe Lharampa Gowo Lobsang Phende and supported by parliamentarian Tenpa Yarphel. The resolution lauded the responsibility undertaken by the GDP Review Committee in doing detailed research on the financial scope and risks faced by Gang Jong Development Finance Private Limited and it further instructed Kashag to strive to overcome the challenges currently faced by GDP.

An amendment to the resolution was tabled by Sikyong Penpa Tsering and was supported by Kalon Gyari Dolma. The resolution recommends that the GDP should be run as an independent company autonomous from the direct control and supervision of the CTA. For this purpose, an ADVOC committee of five should be formed consisting of three parliamentarians appointed by the Speaker and the Deputy Speaker and two members appointed by the administration. The committee will work on the transition procedure of GDP to an autonomous company and submit a report on its future course of action to the fifth session of the parliament. The amended resolution was passed with a majority vote. 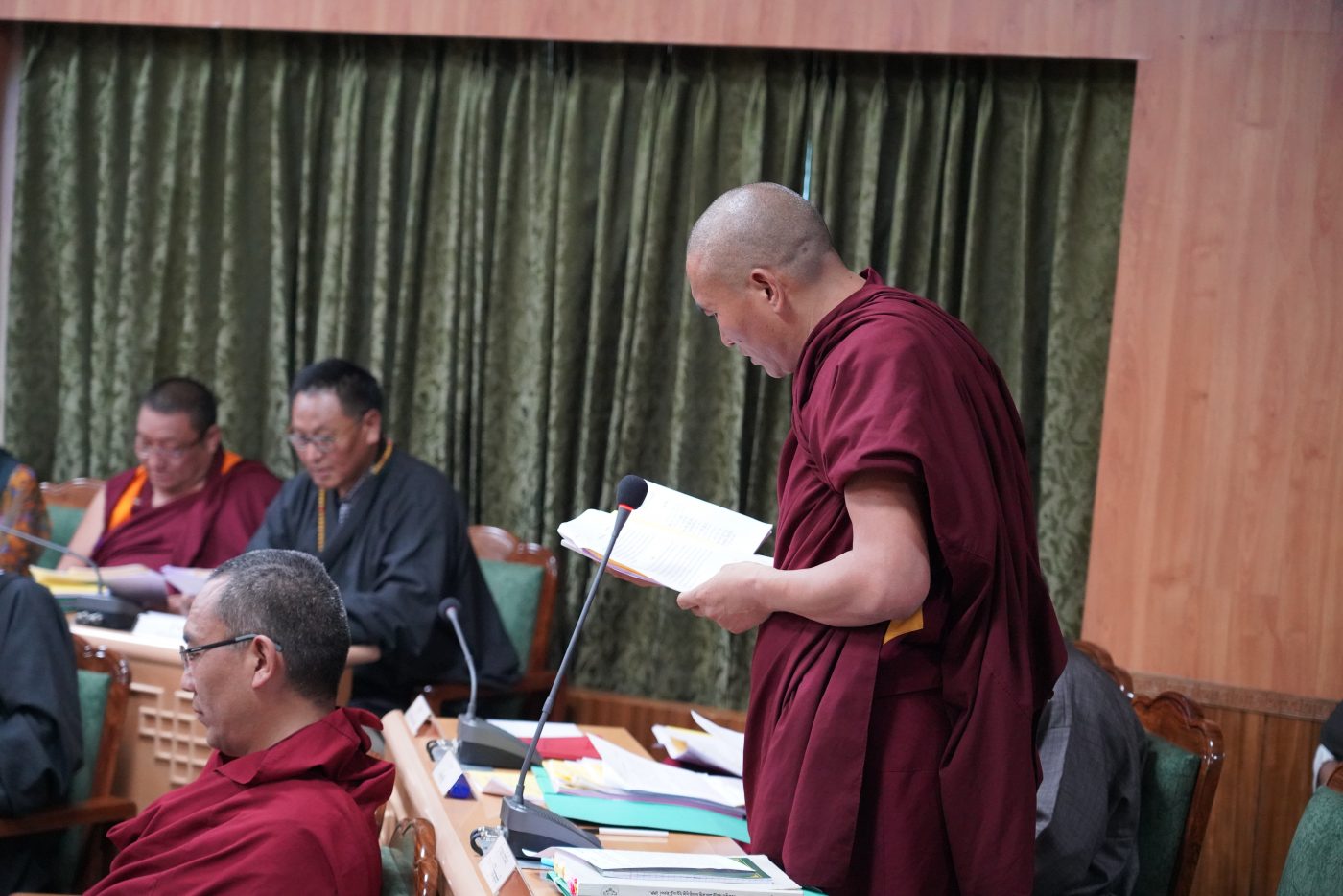 The Secretary-General of the Parliamentary Secretariat, Sonam Dorjee read out the leave of absence of the session before the speaker gave his closing speech and announced the conclusion of the session.

The Speaker in his closing address informed the house of the obituary references, solidarity resolutions, official resolutions, legislative amendments, and others passed in this session as well as reports of the department presented in the house. He stressed the need of highlighting Tibet’s issue on the global platform taking opportunities from the changing political dynamic of China and on the importance of unity in the Tibetan community for furthering the common cause of Tibet. 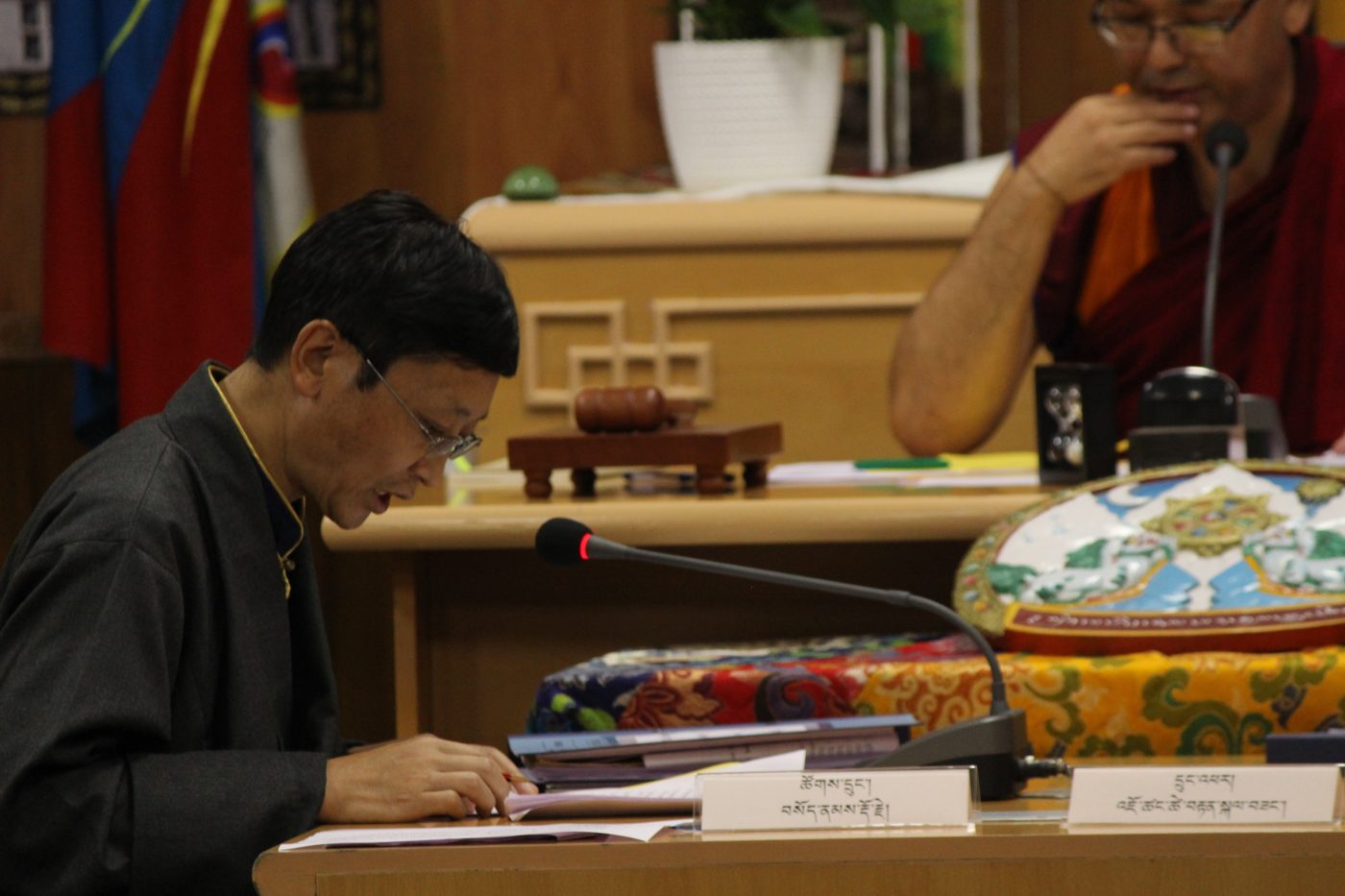