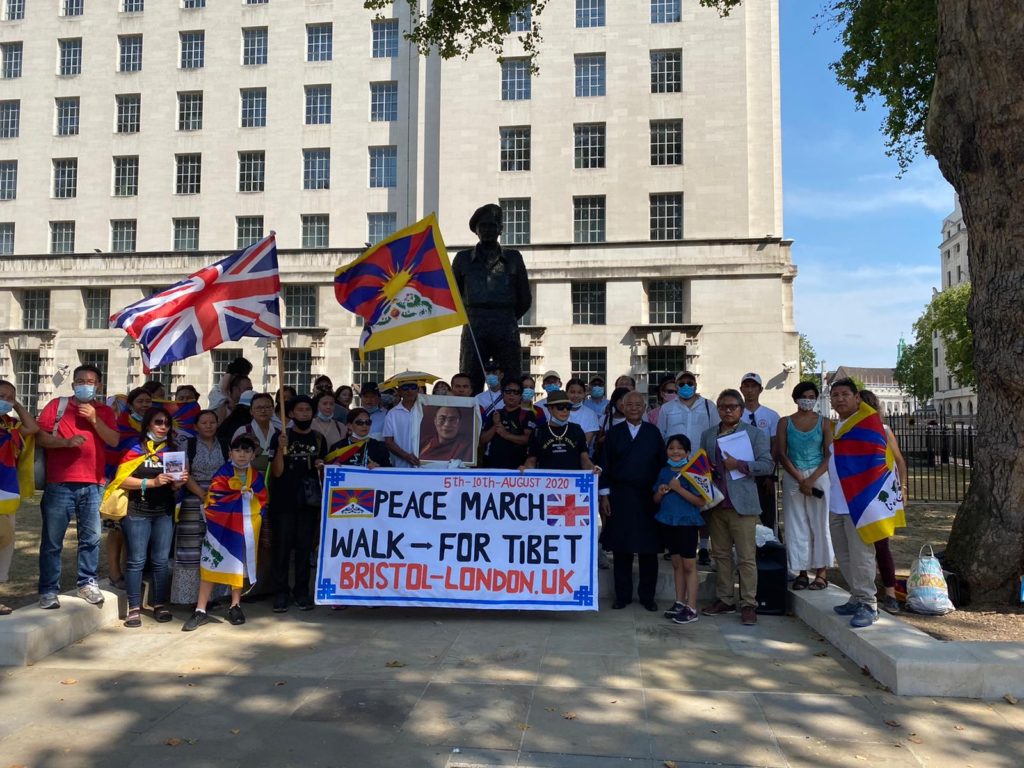 In front of 10 Downing Street, the official residence and office of the British Prime minister.

London: Four brave and courageous Tibetans from the UK initiated a Peace March walk for Tibet from Bristol to London in 6 days peace covering 118 miles.

The team led by Ms. Tenzin Sangmo and joined by Mr. Tashi Dhondup, Mr. Sonam Tsering, and Mr. Tenzin Phuntsok were warmly received by the Representative Mr. Sonam Tsering Frasi accompanied by staff of the office of Tibet Ms. Tsering Tsomo and Ms.Tenzin Zeydhan along with Chair of Tibetan community in Britain Mr. Dalha Tsering, Representatives from Free Tibet and Student for free Tibet, Tsering Passang from Global Alliance for Tibet &Persecuted Minorities, members of Tibetan community in Britain, Riki Hyde Chambers and Tibet supporters in front of the Downing Street.

Representative Mr. Frasi in his remarks appreciated and thanked peace marchers and added that the United States of America is calling for free nations to change the Chinese Communist Party.

“To have an effective macro-level change of this kind, the stakeholder on a micro level must be very active. And this is one example of how on a grass root level we can energize those people who are affected,” he said.

Ms. Tenzin Sangmo in her speech expressed great joy in fulfilling her peace march campaign during the difficult times of Covid-19 challenges facing the world and thanked everyone involved in supporting and lifting up her spirit in initiating this noble task for Tibet. She called Prime Minister Boris Johnson and his Government to apply the Magnitsky Act sanctions on Chinese leaders for violating human rights in Tibet, Xinjiang, and HongKong and to support the Tibet issue based on historical facts. She called on MPs to join the Tibetan parliamentary group for Tibet and support Tibet Reciprocal Access Bill presented by Tim Loughton MP. She further called the UK government to thoroughly investigate the influence of Chinese Communist Party-backed Confucius institutions in the country and recognise His Holiness the Dalai Lama’s sole authority over his reincarnation.

After completing formal events in front of Downing Street, the peace marchers along with the group march through central London to the Chinese Embassy where the further program was held and the day’s event finally concluded with a petition submitted to the Embassy of the People’s Republic of China. 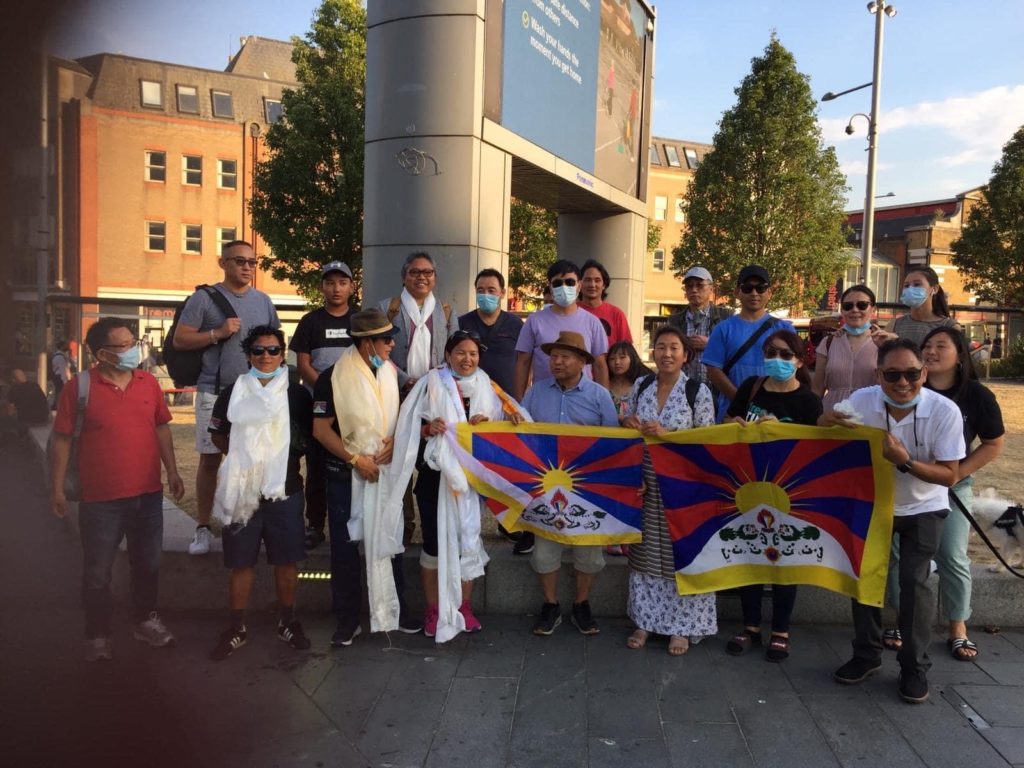 Tibetan residents in Woolwich, London came to greet and welcome a peace marcher in London. 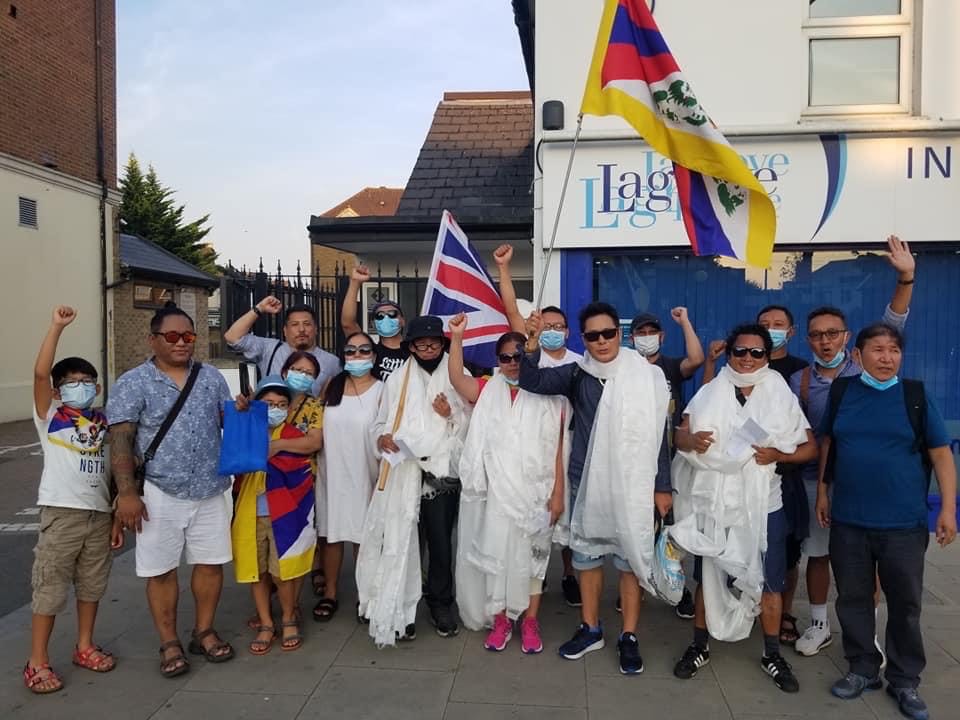 Tibetans in London went to greet the Peace marchers in Southall, west London yesterday when they just enter London. 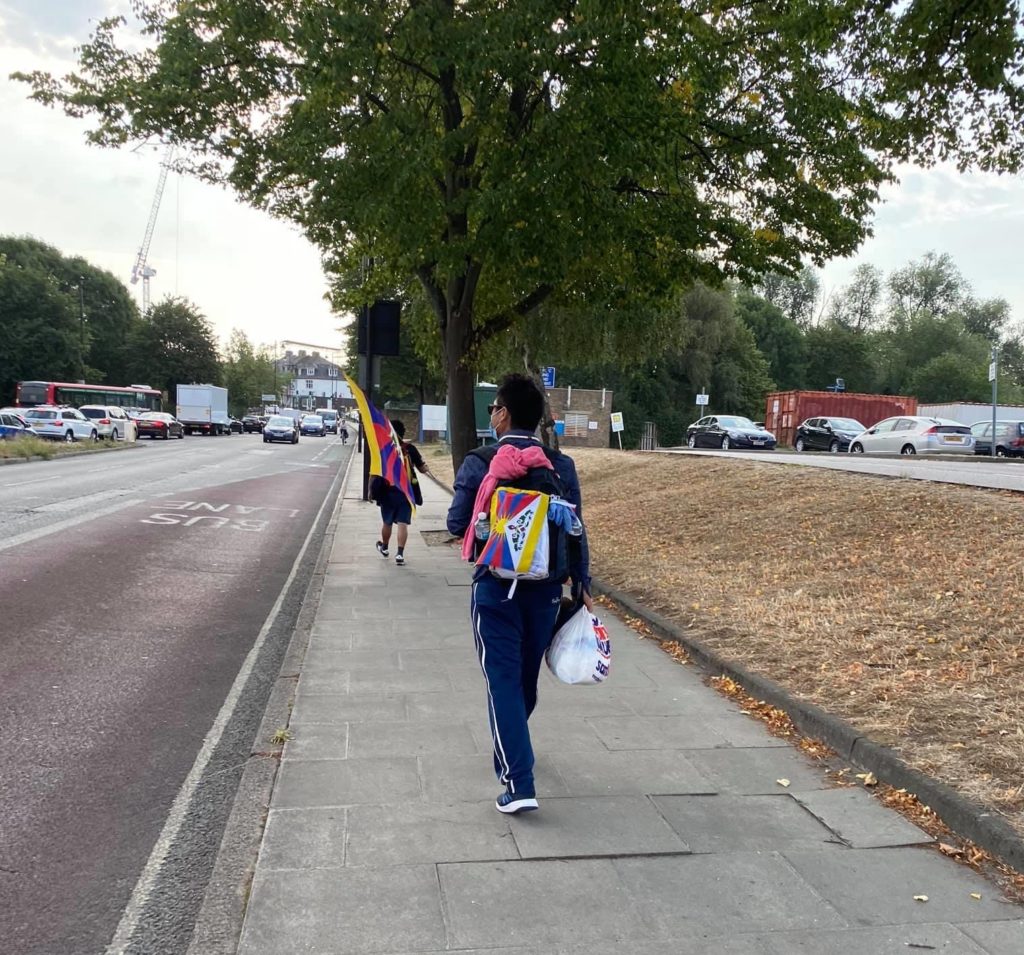 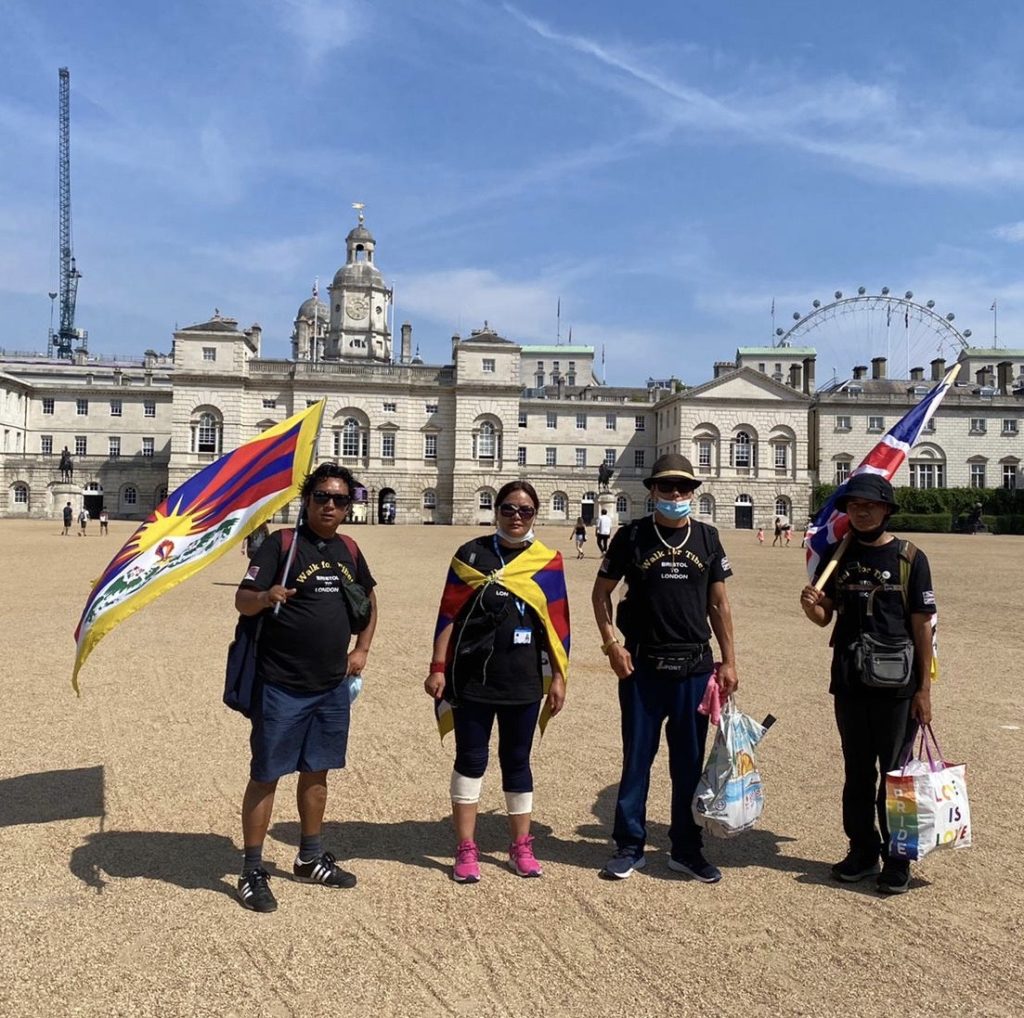