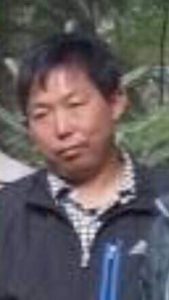 Lekshey Thupten, a former Tibetan political prisoner has passed away recently according to Tibetan news media sources. He was around 50 years old at the time of his death.

Lekshey Thupten was a monk at Nalanda Monastery in Phenpo, Lhundrup County in Lhasa. He was arrested in 1995 for raising voice against the political re-education campaign enforced in his monastery. After his arrest, he was sentenced to 5 years imprisonment. He spent first two years of imprisonment in Gutsa prison and was later transferred to the Drapchi prison, notorious for the brutality inflicted on the inmates.

In the five years of imprisonment, Lekshey Thupten underwent inhuman treatment and torture, both physical and mental resulting in his frail health at the time of release in 2000 according to sources. Former political prisoners continue to suffer even after their release.

The Freedom House which has once again ranked Tibet as the second least free region in its Freedom in the World 2019 report notes, “detained suspects and prisoners are subject to torture and other forms of abuse. Tibetan prisoners of conscience have died in custody under circumstances indicating torture, and others have been released in poor health, allegedly to avoid deaths in custody.”

The frequent deaths of former Tibetan political prisoners due to ill-health resulting from the torture suffered by them in the prison is a prevailing concern. Due to intensive information blockade and censorship exercised by China, it is very difficult to ascertain the details of such deaths.