On the occasion of the 27th anniversary of Gedhun Choekyi Nyima’s disappearance, five Chilean parliamentarians namely Vlado Mirosevic, Luis Malla, Sebastian Videla, Alejandro Bernales, and Ana Gazmurri released an appeal letter calling for the immediate release of Tibet’s 11th Panchen Lama. Below is the English translation of the appeal letter.

Disappearance of the 11th Panchen Lama of Tibet – May 17, 1995
On the occasion of the new anniversary of the disappearance of Gedhun Choekyi Nyima, who was recognised by His Holiness the Dalai Lama as the reincarnation of the X Panchen Lama of Tibet, we join the international call that asks to know his whereabouts and condition as well as his immediate put in liberty.
In 1995, after being recognised as the 11th Panchen Lama, Gedhun Choekyi Nyima, then only a 6 years old boy, disappeared from Naqchu, his place of origin in Tibet, along with his parents and has not been seen since. Chinese authorities who have acknowledged that they took him into custody refuse to reveal where he is, on the pretext of ensuring his privacy.
Organisations of the United Nations, governments of different countries, non-governmental organisations, and the general public have insisted, until now in vain, on having news about the young man who is now 33 years old.
We remain attentive to the elucidation of this important issue and we trust that his release will not be further delayed. 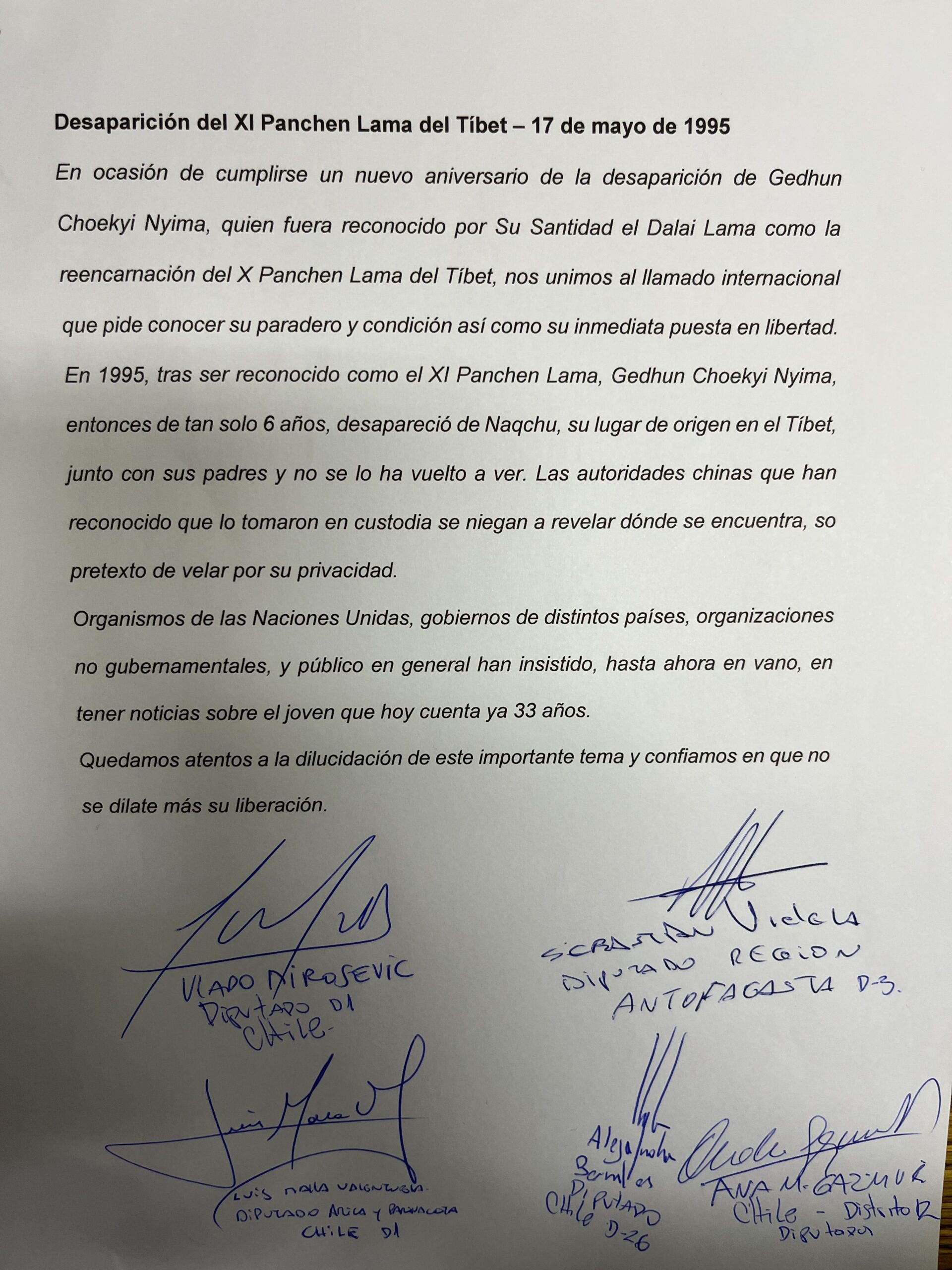