Film on Tibet Shown in the European Parliament 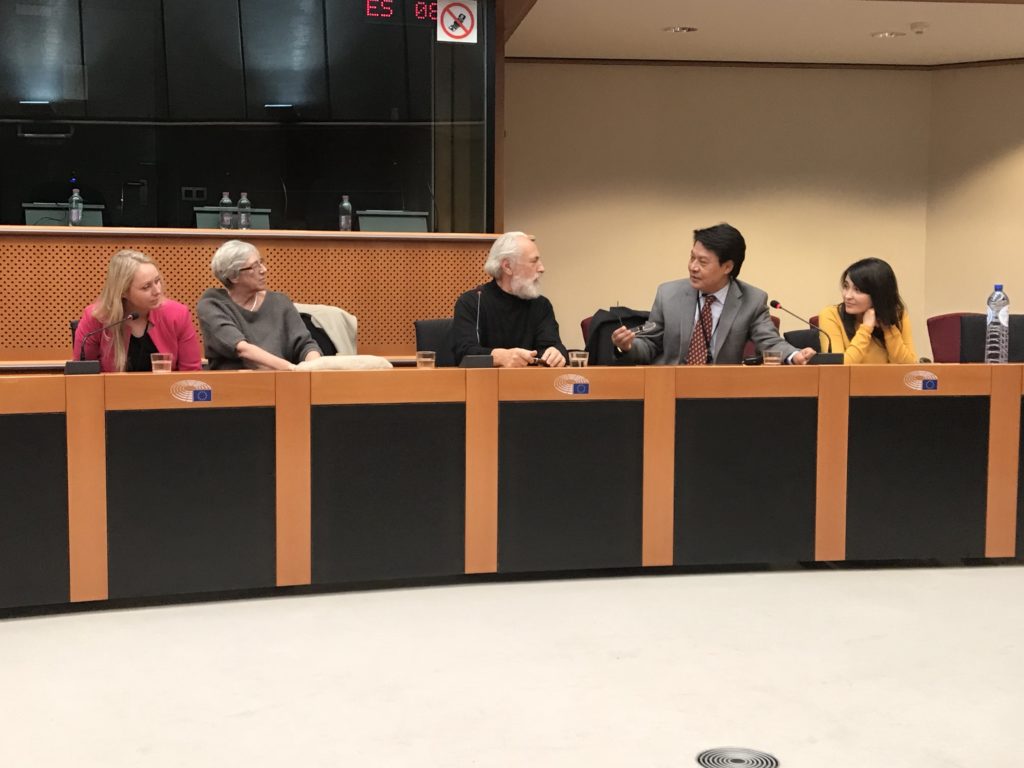 Representative Tashi Phuntsok at the screening in the film ‘Tibet, Ombre et Lumières’ in the European Parliament, 6 December 2017.

A film on Tibet titled Tibet, Ombre et Lumières, was shown in the European Parliament as a regular advocacy event of the Bureau du Tibet, Brussels on 6 December 2017. The show was facilitated by MEPs Geringer de Oedenberg and Cristian Dan Preda. They were represented by their senior Assistants Ms Anna Karolina Czerwoniec and Ms Dalila Bernard as the MEPs were unable to be present because of other pressing engagements.

The film encapsulates the drastic change in Tibet within 30 years of the Director’s visit. Mr Gilbert Leroy who visited Tibet in 1985 and in 2015 has brought out a comparative study of Tibet within this period.

While on his first visit, Tibet was just open after the long period of isolation from the world. The ruins of Tibetan monasteries including of Sera, Gaden, Drepung lay bare. Tibet was just coming out of Chinese destruction. But there was resemblance of Tibetan traditional life in form of some monastic activity, residue of Tibetan homestead and reawakening for cultural life.

On his second visit, the monasteries had been renovated, resident monks depleted, garish structures had become tourist spots. The traditional Tibetan homes had been destroyed and high-rise buildings had given way to ghost towns.

Total destruction of cultural and Tibetan way of life is evident. Traditional markets have given way to Malls, high-speed trains with gloved stewards and stewardesses chaperon the wide open Tibetan wilderness.

Comparing this dark side of urbanization, Mr Leroy brings alive the flourishing traditional and harmonious cultural life in Buddhist regions of Nepal and Ladakh. In short, the film depicts the utter disembowelment of Tibetan cultural and traditional way of life in Tibet in the name of urbanization and development.

A slight technical glitch not withstanding the film was much appreciated for its profound message. MEP Csaba Sogor said that the film brought out the utter darkness in Tibet. Ms Dalila Bernard said that the film brought out in-depth historical and political perspective. It was useful for her and her friends who are working for Tibet in consolidating their understanding of the deep and complex nature of Tibetan hard struggle.

In the beginning of the film show, Ms Czerwonic introduced the film on behalf of MEP Geringer de Oedenberg. Mr Leory also briefly spoke on his experience in Tibet and outside as supporter of Tibet and as member of Aide à l’enfance Tibétaine (AET). 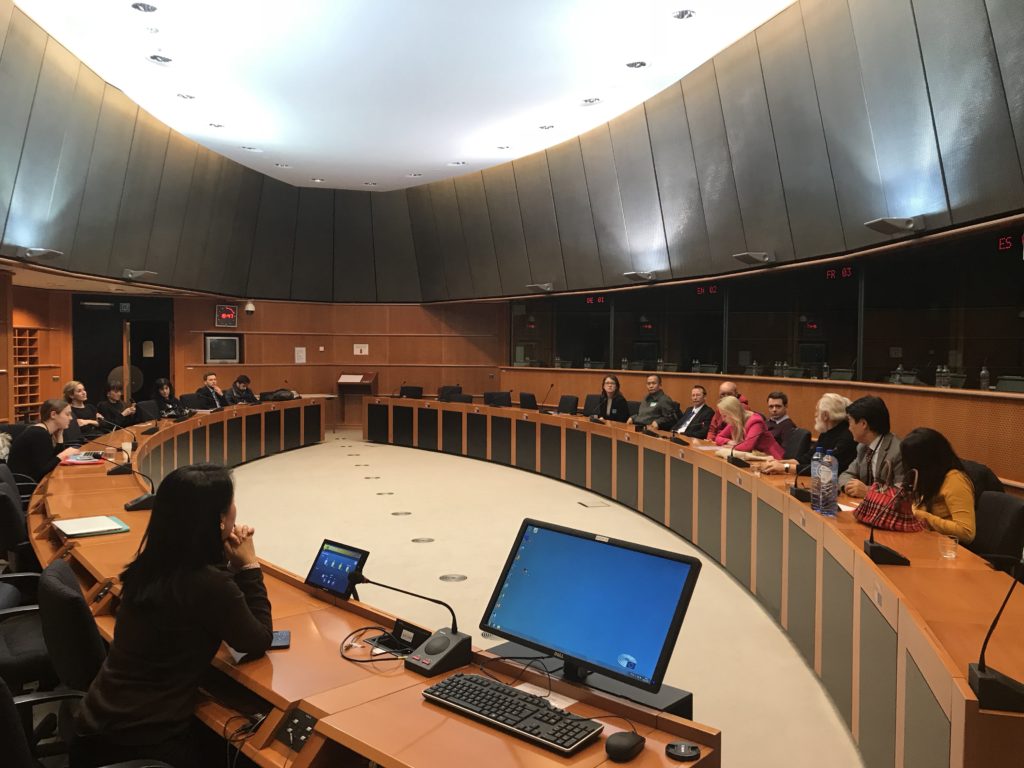 Screening of the film on Tibet ‘Tibet, Ombre et Lumières’ in the European Parliament in Brussels, Belgium. 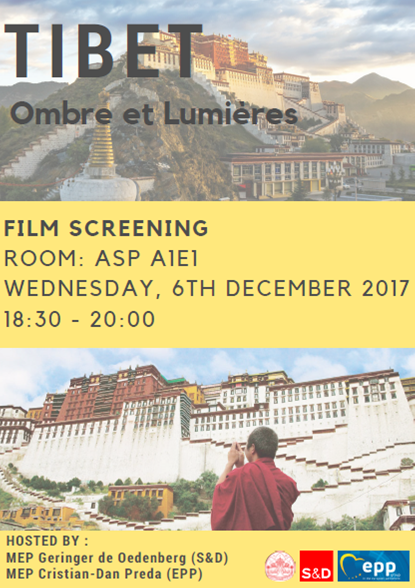 Screening of the film on Tibet.