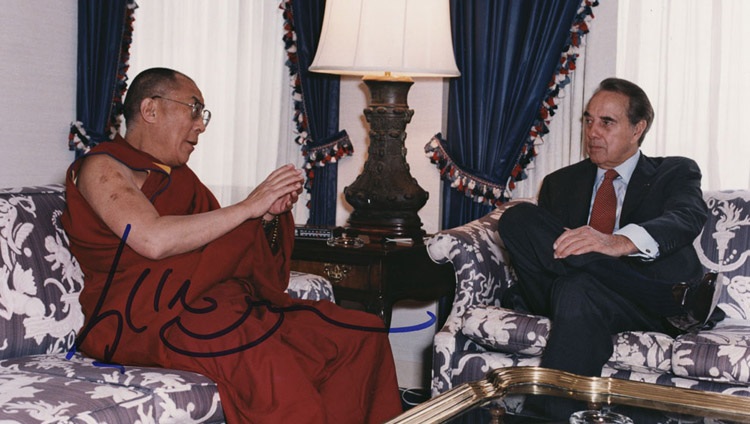 His Holiness the Dalai Lama with Senator Bob Dole in 1997.

“Senator Bob Dole was one of the Senators I had the privilege to become well-acquainted with in Washington, D.C.” he wrote. “Every time I met him, I was aware of the genuine care and compassion he felt for people less able to help themselves or those who, like Tibetans, are struggling to preserve their freedom and culture. He was a friend of the Tibetan people.

“Senator Dole led a rich and meaningful life, having dedicated himself to public service for several decades. He represented the best of American values, for which I have the greatest respect, focused as they are on liberty, equality and justice. He also showed his colleagues through personal example that they could disagree on principles, but still respect each other as human beings.”

His Holiness concluded by offering his prayers and good wishes.