The EU has dealt a blow to Chinese president Xi Jinping’s bid to lead a global infrastructure revolution, after its members refused to endorse part of the multibillion-dollar plan because it did not include commitments to social and environmental sustainability and transparency.

Xi made his latest bid for global leadership on Monday, telling leaders including Russia’s Vladimir Putin and Turkey’s Recep Tayyip Erdoğan that the world should reject protectionism, embrace globalisation and pull together like a skein of geese.

Xi’s comments came on the second and final day of a high-profile summit in Beijing about his Belt and Road initiative, a multibillion-dollar infrastructure spree that China claims will kickstart a new era of trade and development. The scheme’s ultimate aim – encompassing pipelines and a port in Pakistan, bridges in Bangladesh and railways to Russia – is to create what China calls a “modern Silk Road”. 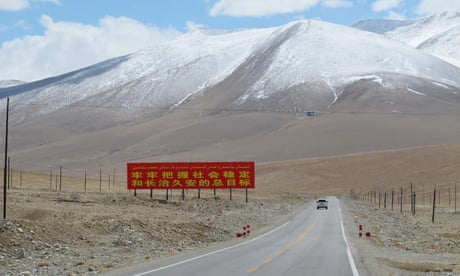 However, in a snub to Xi’s rallying cry for cooperation, the Guardian understands that the EU’s 28 member states decided not to support a statement about trade prepared by Beijing to mark the end of the summit.

“We made clear that, for Europe, the Belt and Road initiative can only be a success if it’s based on transparency and co-ownership,” said one high-level EU diplomat, who spoke on the condition of anonymity. “Apparently to Chinese surprise, the EU was united on this.”

The rejected statement related to a trade panel held during the Beijing summit that was attended by representatives of countries including Belgium, Estonia, Germany, Hungary, Italy and Spain. China had hoped that all EU member states, as well as other nations attending the conference, would support the text, one of three prepared to mark the end of the convention on Monday.

Beijing had billed the forum as its most important diplomatic event of the year and hoped it would give global legitimacy to Xi’s signature foreign policy initiative. Leaders from Africa, Asia and Latin America flew in to Beijing to show their support.

However, the leaders of most major western powers, including Donald Trump, Angela Merkel and Theresa May, skipped the event while India voiced public opposition to what one newspaper called “a colonial enterprise”.

The Guardian understands that EU members decided not to support China’s trade statement because a series of concerns they had raised with the Chinese government were not incorporated into the draft text.

A public summary of the EU’s position on the Belt and Road initiative, published in the runup to the forum, suggested members wanted guarantees that projects would be economically and environmentally sustainable and subject to fair tendering processes.

An unnamed diplomat confirmed to Agence France-Press that several EU states had declined to back China’s trade statement.

A spokesperson for the British government said that since the UK had not taken part in the trade panel related to the statement it would not have been expected to sign up to outcomes related to that session.

“The UK welcomes the Belt and Road initiative, which has the potential to promote and develop economic growth,” the spokesperson said, adding that the chancellor, Philip Hammond, had taken part in a session about finance and that the UK had signed up to principles related to that event.

On Sunday morning, Hammond offered a resounding endorsement of Xi’s “bold and visionary project” telling his hosts Britain was “a natural partner” in the scheme.

Speaking at Beijing’s Mao-era Great Hall of the People on Sunday night, Xi said his “project of the century” would “add splendour to human civilisation” and help build a new era of harmony and trade. On Monday he said his plan was “open to all like-minded friends … It does not exclude or target any party”.

However, some sceptics see the plan as largely a ruse to boost China’s own economy by shifting excess industrial capacity to less developed nations and draw poorer countries tighter into Beijing’s economic grip.

Chinese state media hit back at critics on Monday. “Some countries seem obsessed with the idea of containment or game-playing, and seem unable to see the truth in the mist of history,” an editorial in the Beijing Youth Daily said.

Speaking to the state-controlled China Daily, one Chinese academic rejected the suggestion that Beijing was guilty of “practising neo-colonialism … exploiting energy resources … [and] supporting authoritarian regimes”. He Jingtong, a business professor at Nankai University in Tianjin, said: “I think none of this holds water. If you look at history, tell me when has China been a colonial power? If it hasn’t been in the past, why should it be now?”