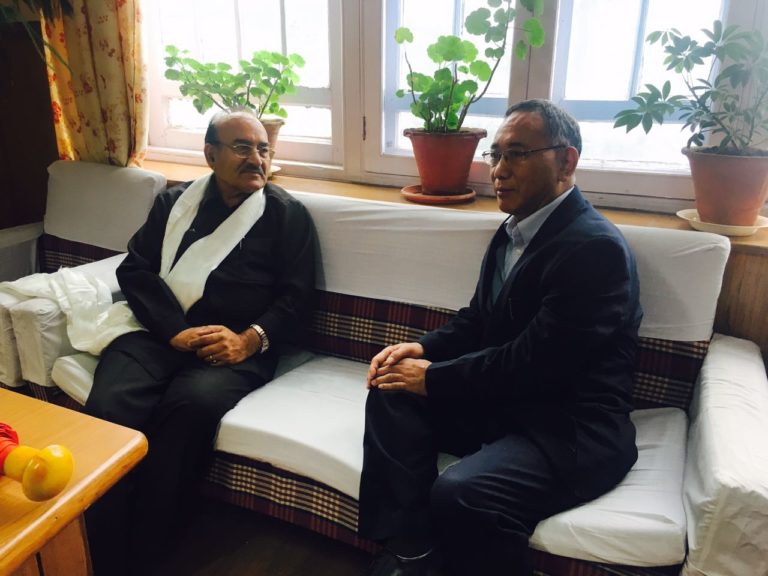 DHARAMSHALA: Education Kalon Ngodup Tsering successfully completed his official visit to Shimla from 3 – 6 August. He was accorded a warm welcome on his arrival at Shimla by the Settlement Officer, members of the local Assembly and leaders of local Tibetan organisations, institutes and monasteries.

After the meeting with the Chief Secretary, Kalon visited the Tibetan Sambhota infant School in Sanjauli and the old age home run by Namgyal monastery. He also visited the Jonang monastery to offer prayers and attended a luncheon organised by the monastery. Kalon then visited CST Shimla and inspected the classrooms, school campus before interacting with the students and staff. During the visit to the school, he expressed gratitude to the staff and teachers especially the Indian nationals working at the school as teachers and staff. He explained that the transfer of the school to CTSA would be completed by March 2018.

On 5 August, Kalon called on Shri Kaul Singh Thakur, health minister of Himachal Pradesh. He expressed the Tibetan people particularly the eduction department’s gratitude to him for granting two additional MBBS reserved seats for Tibetan refugees. He offered a White Tara Thangka to the minister as a token of gratitude.

In the afternoon of the same day, Kalon visited the Thupten Dorje Drak Chokor Namgyalling monastery to offer prayers. At 04:00 pm, he presided over a general meeting of Tibetan governmental and non-governmental organisations organised by the settlement office.

On 6 August August, Kalon returned to Dharamshala. Before returning, he inspected a Tibetan preschool based near Shimla Bus station and urged them submit their grievances through the local settlement office. 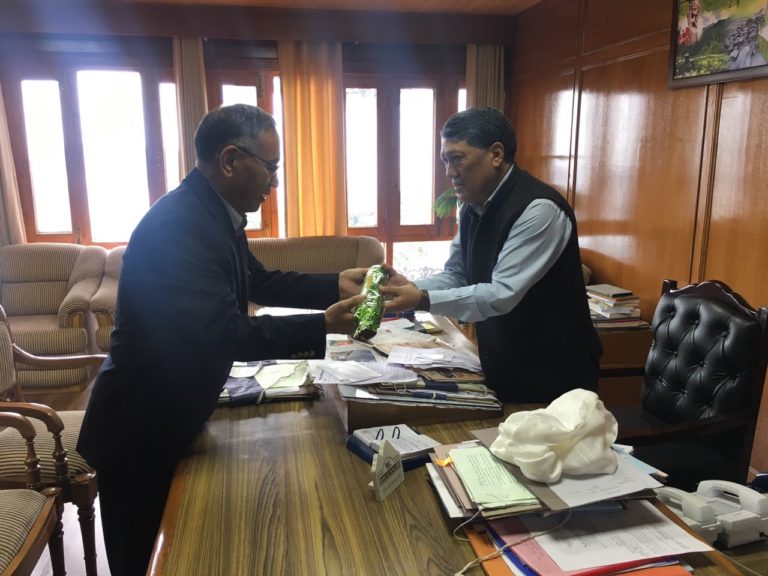 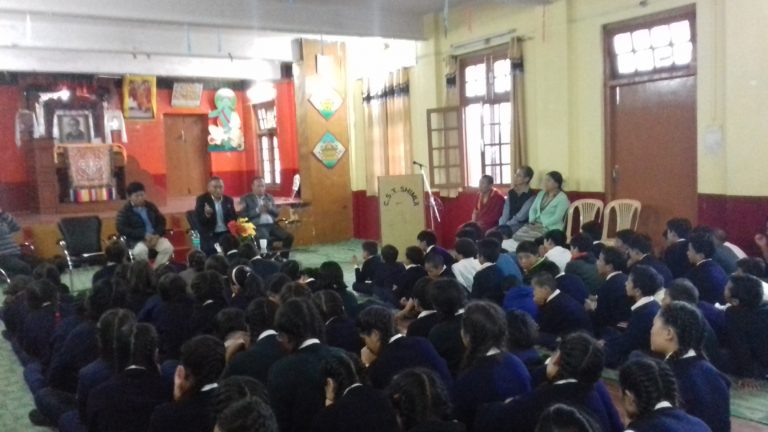