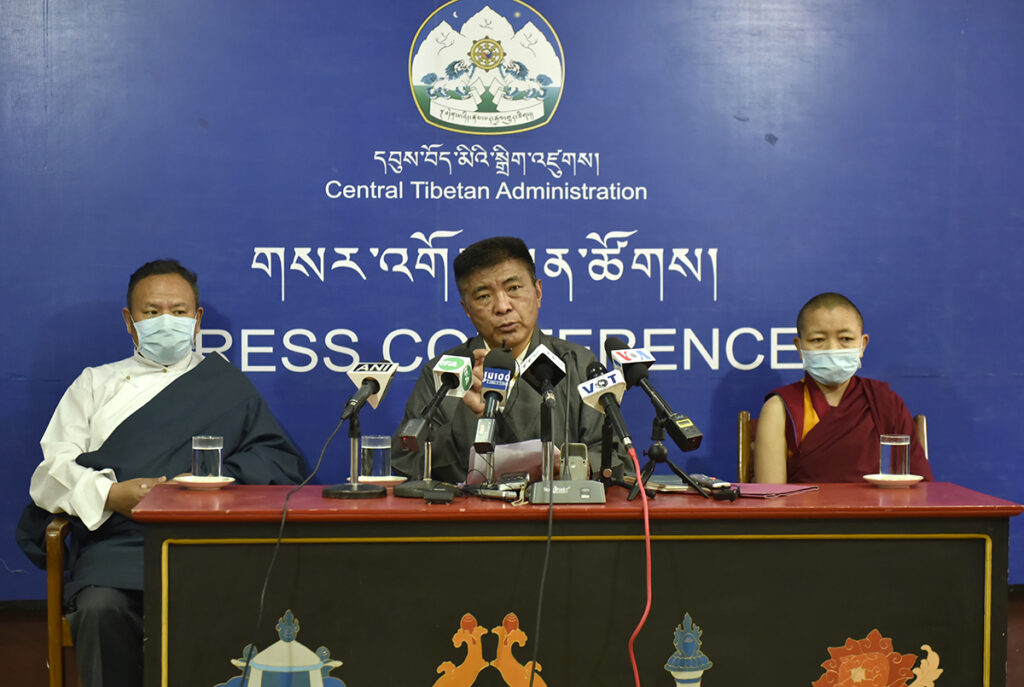 Dharamshala: The Election Commission of the Central Tibetan Administration today declared the list of final candidates for the 2021 general election of Sikyong of the 16th Kashag and members of the 17th Tibetan Parliament-in-Exile, thus formally announcing the electoral process for the final round of 2021 Tibetan general elections.

“As per Article 67 (4) of the electoral rules and regulation, we have shortlisted two candidates for the final election of 2021 Sikyong,” announced the Chief Election Commissioner, Wangdu Tsering Pesur, while addressing the press conference today.

The EC also notified that starting today, the official window for election campaigns will span 19 days and close effectively by 8 April 2021, 5 pm.

The 2021 general election for Sikyong and members of the 17th Tibetan Parliament is the third direct election of the Tibetan leadership since the complete devolution of political authority by His Holiness the Dalai Lama in 2011. The final polling will take place on 11 April 2021 from 8 am to 5 pm.

The list of final candidates for the 2021 Sikyong and 17th Tibetan Parliamentary election is announced as below. Visit tibetanelection.net for detailed candidate information.

List of Final Candidates for Three Traditional Provinces of Tibet

List of Final Candidates for Four Schools of Tibetan Buddhist Sects and Yungdung Bon Religion, and for constituencies of Europe, North America, Australasia