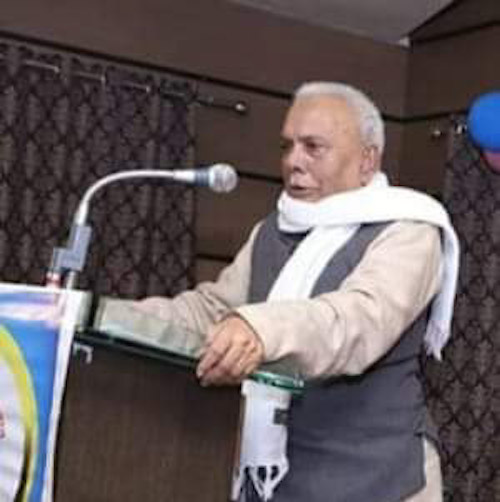 Dharamshala: Dr Rajnarain Rai, President of India Tibet Friendship Society, Muzaffarpur, Bihar passed away today in the early morning. He was 94 years old. Dr Rai was an ardent supporter of the Tibetan freedom struggle who had always stood up for the Tibetan cause.

Since his student days, he was very actively involved in the Tibetan cause and participated in many Tibetan freedom movements. He was key organiser of Bihar State Conference at Muzaffarpur in March 1996. Prof. Samdhong Rinpoche, then Speaker of Tibetan Parliament-in-Exile inaugurated the conference and Shri Ram Jethmalani, then Union Minister of Law, Justice and Company Affairs addressed the valedictory session.

Dr Rai took part in Satyagraha at Nathula Pass in Sikkim for Tibetan cause. His death is a great loss to the Tibetan Freedom Movement.

The Core Group for Tibetan Cause – India deeply mourn the passing away of Dr Rajnarain Rai.

In the official condolence message issued by National Convener Shri R. K. Khrimey, the Core Group paid its respectful tribute to the departed soul and prayed for his swift rebirth. The Group also expressed prayers and thoughts with the bereaved family members of late Dr Rai.

Dr Rai was born on 19 August 1926. He was a retired professor of Hindi Department, Bihar University.