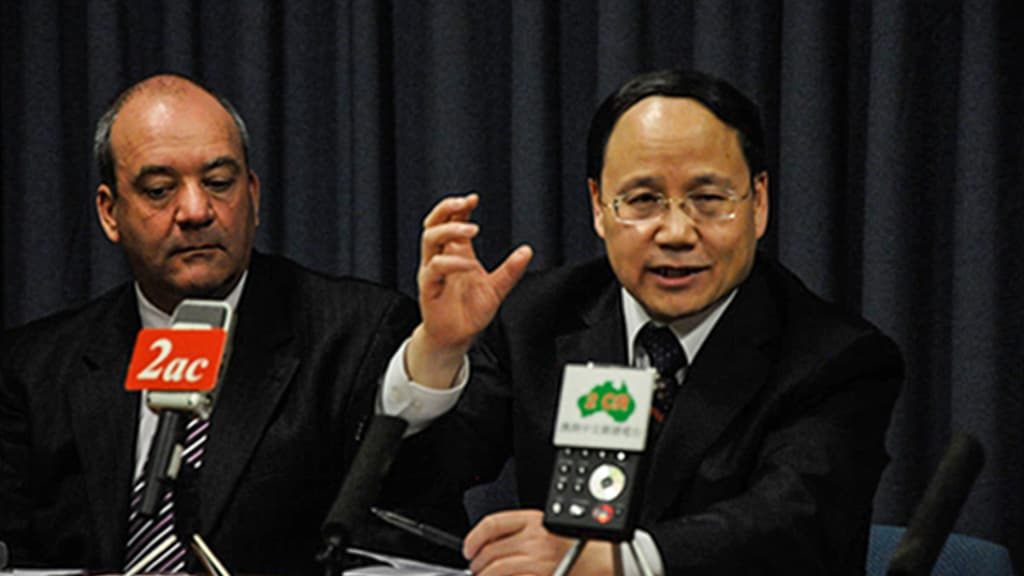 Mr Maguire has refused to resign from Parliament but has left the NSW Liberal party, after an ICAC hearing exposed his attempts to broker property deals for a major Chinese property developer and seek commissions.

Mr Maguire told ICAC he was first approached by Chinese property developer Country Garden for help with “opportunities” at an event held by a Chinese charitable organisation, adding, “Whenever you went to a function there were always conversations.”

But he cited to ICAC the example of the Eyes on China program, which was run by the Australia Council for the Promotion of the Peaceful Reunification of China. The ACPPRC has been embroiled in the debate over Chinese Communist Party influence in Australia and is believed to be a United Front body.

Mr Maguire was an advisor to the ACPPRC, and as chairman of the NSW Parliament Asia Pacific Friendship Group, appeared to become a link to the NSW Parliament for United Front, a powerful Chinese Communist Party organisation that oversees minority religions and tries to harness support among overseas Chinese.

On May 30, 2013, Mr Maguire hosted a press conference inside NSW Parliament for a visiting United Front Work Department official, Wang Pijun, to promote a propaganda exhibition of paintings about Tibet.

Mr Wang was the director of the United Front information centre from 2009 to 2017.

Mr Maguire’s support for the exhibition was covered by media outlets in China after he gave an interview to People’s Daily saying “I believe the paintings and photos will surely help Australians to have a quick understanding of Tibetan culture.”

Questioned by Fairfax Media at the time, Mr Maguire said NSW Parliament didn’t get involved in foreign policy and likened the Tibet situation to the civil war in Syria. “We don’t side with one side or another,” he said in 2013.

Mr Wang was responsible for briefing foreign military attaches in Beijing on the March 2008 riots in Lhasa, which he blamed on the Dalai Lama, according to Xinhua.

Mr Wang later masterminded a 100-episode television series about Tibet directed at foreigners, that was screened at the 2013 exhibition. He told China Tibet Online, of which he was a director, that foreigners had deep-rooted prejudice on the Tibet issue.

Lin Jun, the chairman of the All-China Federation of Returned Overseas Chinese, and a prominent figure in China’s push to harness the ethnic Chinese diaspora, also travelled to Australia to speak at the 2013 exhibition opening and urged Australians to see the “real Tibet” not the “hearsay Tibet”.

In 2013, Mr Maguire travelled to Qinghai, a Tibetan area in China, as part of the Eyes on China program.

Eyes on China regularly took groups of NSW politicians to Tibet or Tibetan regions and raised money to support cataract surgery for Tibetans in Chinese hospitals.

There is no suggestion that Country Garden was involved in the United Front program.