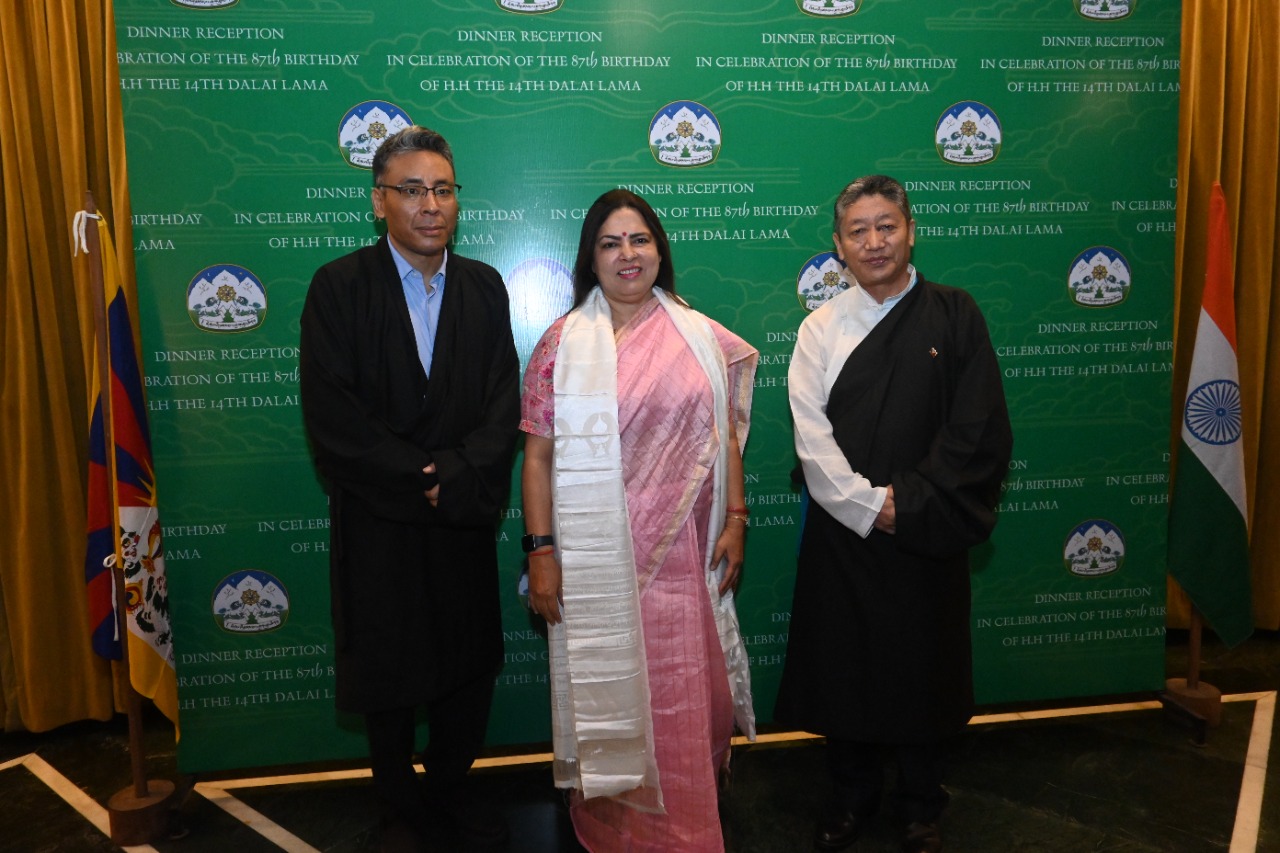 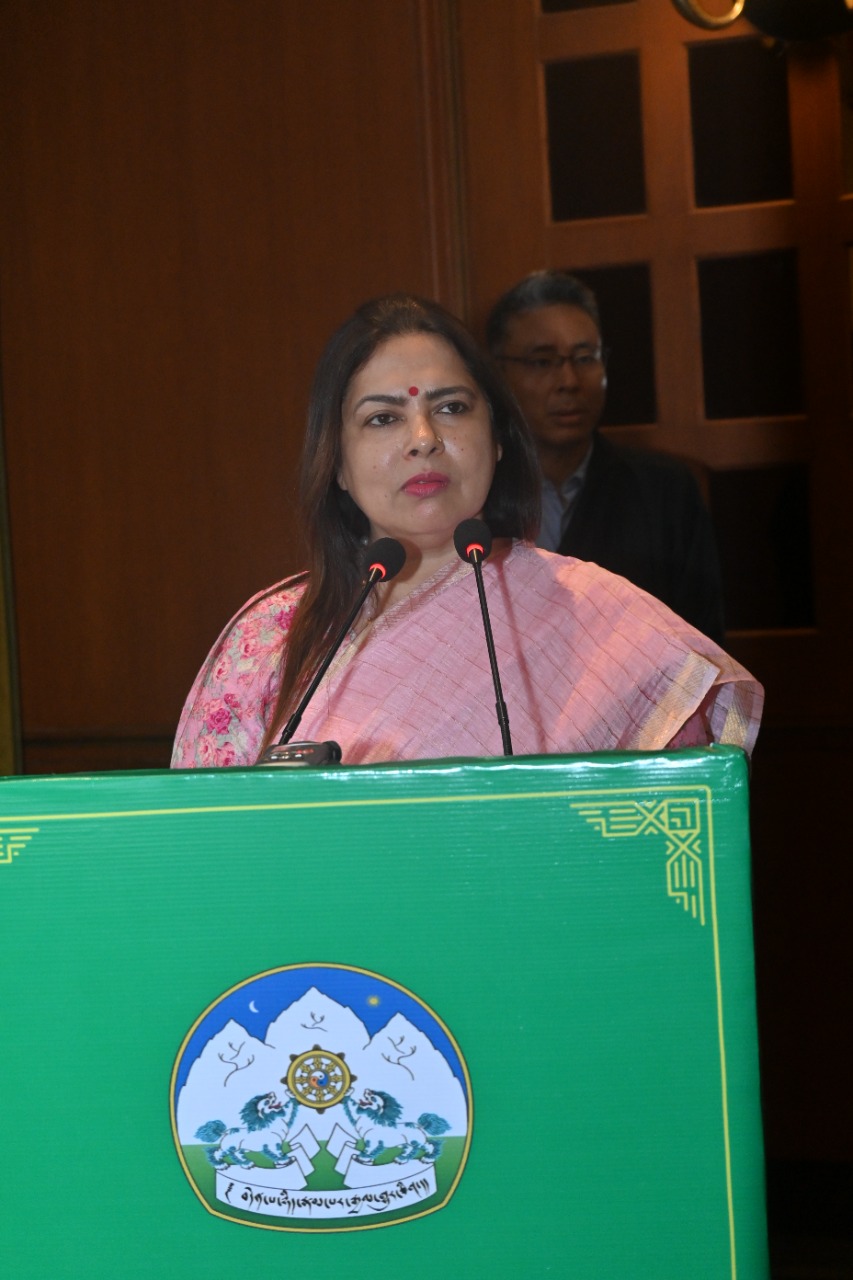 In her address, Smt. Lekhi Ji, who attended the reception in her personal capacity because of her long affiliation with the Tibetan people, said that “India is not the country where (His Holiness) was born, but definitely India is one country which he loves and respects as his own. He is someone who has adopted India as his mother, an adopted son, but nevertheless a son of India, that is what he calls himself.”

“His Holiness stands for compassion, forgiveness and love. These are the three principles which have been showcased in his life. It is these three qualities which the world needs the most,” she further said, adding that “When it comes to India and Buddhism, we all believe in co-existence, respect for each other, respect for religion and respect for religious diversity…which are so relevant in today’s time and age.”

Addressing over 250 people, including reputed former Indian civil servants and people from various think tanks and media, Rep Ngodup Dongchung said that “His Holiness the Dalai Lama today is a world-renowned spiritual leader, who has dedicated his entire life to the promotion of human values, promotion of inter-religious harmony, preservation of Tibetan language, religion and culture, and last but not the least, he has consistently worked for the revival of ancient Indian knowledge and wisdom of ahimsa and karuna.

“I would like to take this opportunity in thanking all of you, as well as those who are not present here, the officials of both the state and central government of India, for your kind support and assistance, which made my work a lot easier and more convenient.”

–Report filed by Bureau of HH the Dalai Lama. 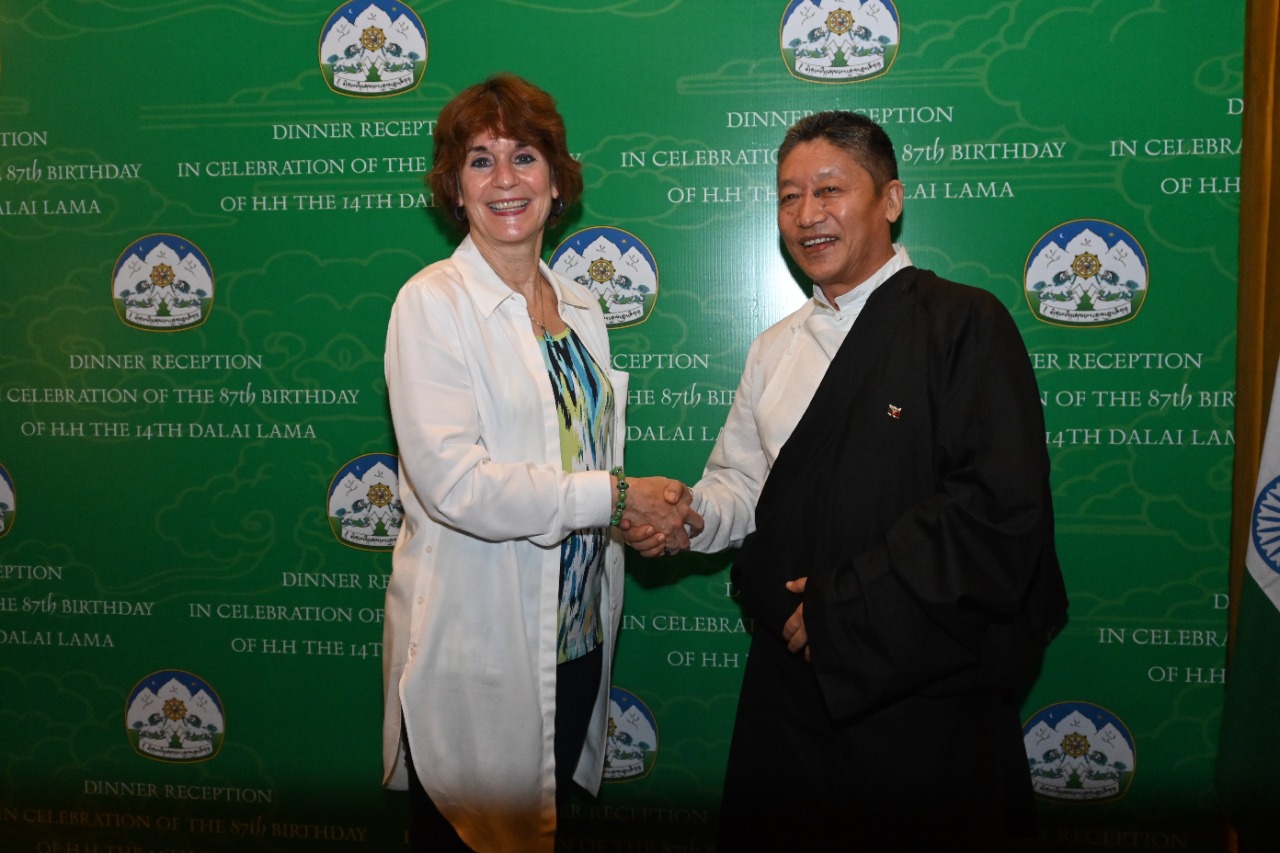 Representative Ngodup Dongchung with US Chargé D’Affaires Patricia A. Lacina 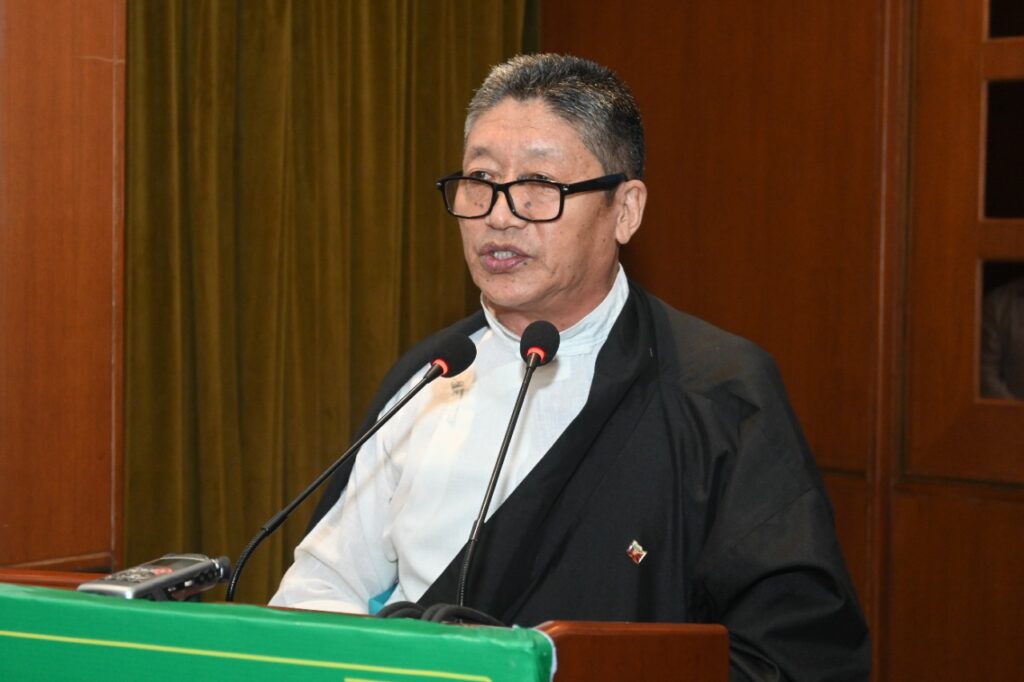 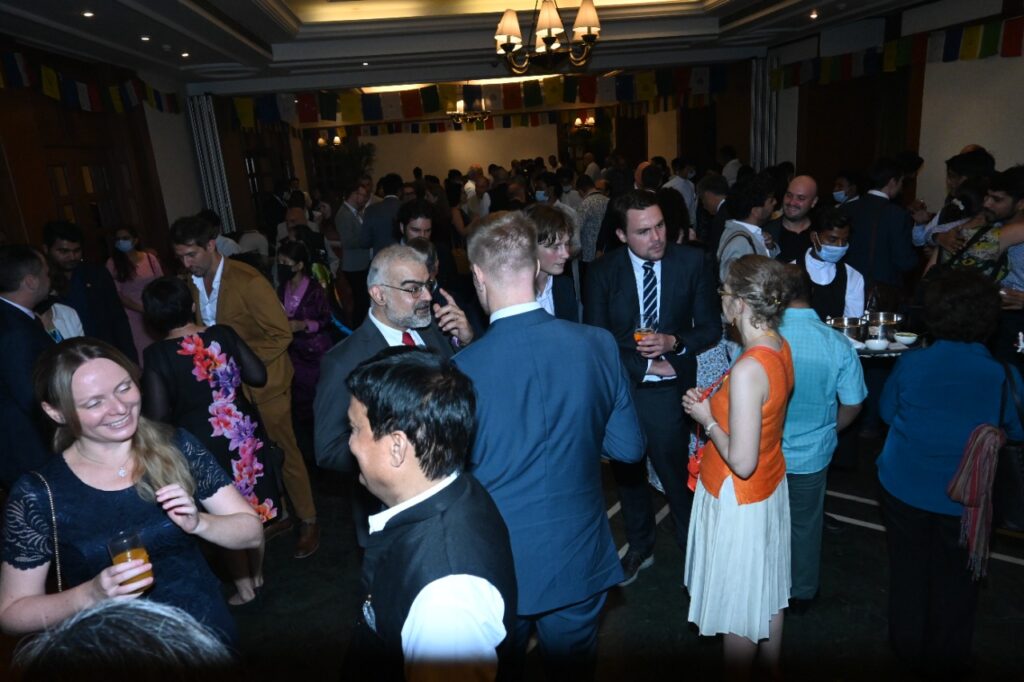 Over 250 people attended the dinner reception hosted by the Bureau of His Holiness the Dalai Lama, New Delhi.