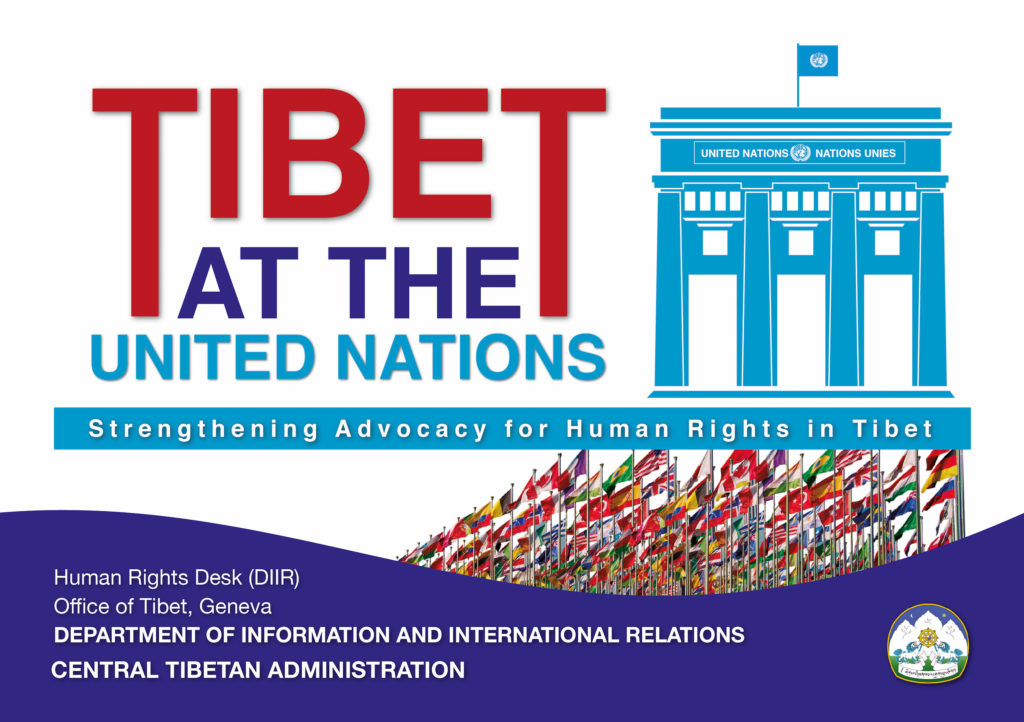 Tibet at United Nations-Strengthening Advocacy for Human Rights in Tibet

Geneva: The Department of Information and International Relations (DIIR) of Central Tibetan Administration is undertaking a major effort to strengthen human rights advocacy for Tibet at the United Nations, particularly in the lead up to the 34th UN Human Rights Council beginning next month.

A 3-member delegation from DIIR consisting of Secretary Sonam Norbu Dagpo, Secretary Dhardon Sharling and UN and Human Rights officer Kalden Tsomo along with Tulku Tenzin Delek Rinpoche’s niece Nyima Lhamo, is currently in Geneva for a weeklong advocacy program at the UN missions based in Geneva.

Apart from the week-long lobbying, DIIR’s UN and Human Rights Desk in coordination with Office of Tibet, Geneva, will convene a strategic planning meeting of UN experts to devise a strategic framework for CTA’s UN advocacy.

“The strategy meeting will chalk out tangible plans for CTA’s human rights advocacy for Tibet at the UN. This will be on the lines of exploring the UN mechanisms and opportunities to seek UN engagement and subsequent addressing of the pressing human rights situation in Tibet, ” said Sonam Norbu Dagpo, International Relations Secretary, DIIR.

“The UN Human Rights Council, of which China is a member, is the very same body that the Chinese Government seeks to subvert. DIIR deem significant to leverage the important opportunity UN presents to highlight China’s rights violations in Tibet and push for member states to make China accountable for its actions and uphold its commitments as a responsible member of HRC,” said Dhardon Sharling, Information Secretary, DIIR.