DIIR commences training on Tibet Advocacy at the UN in Geneva, Switzerland 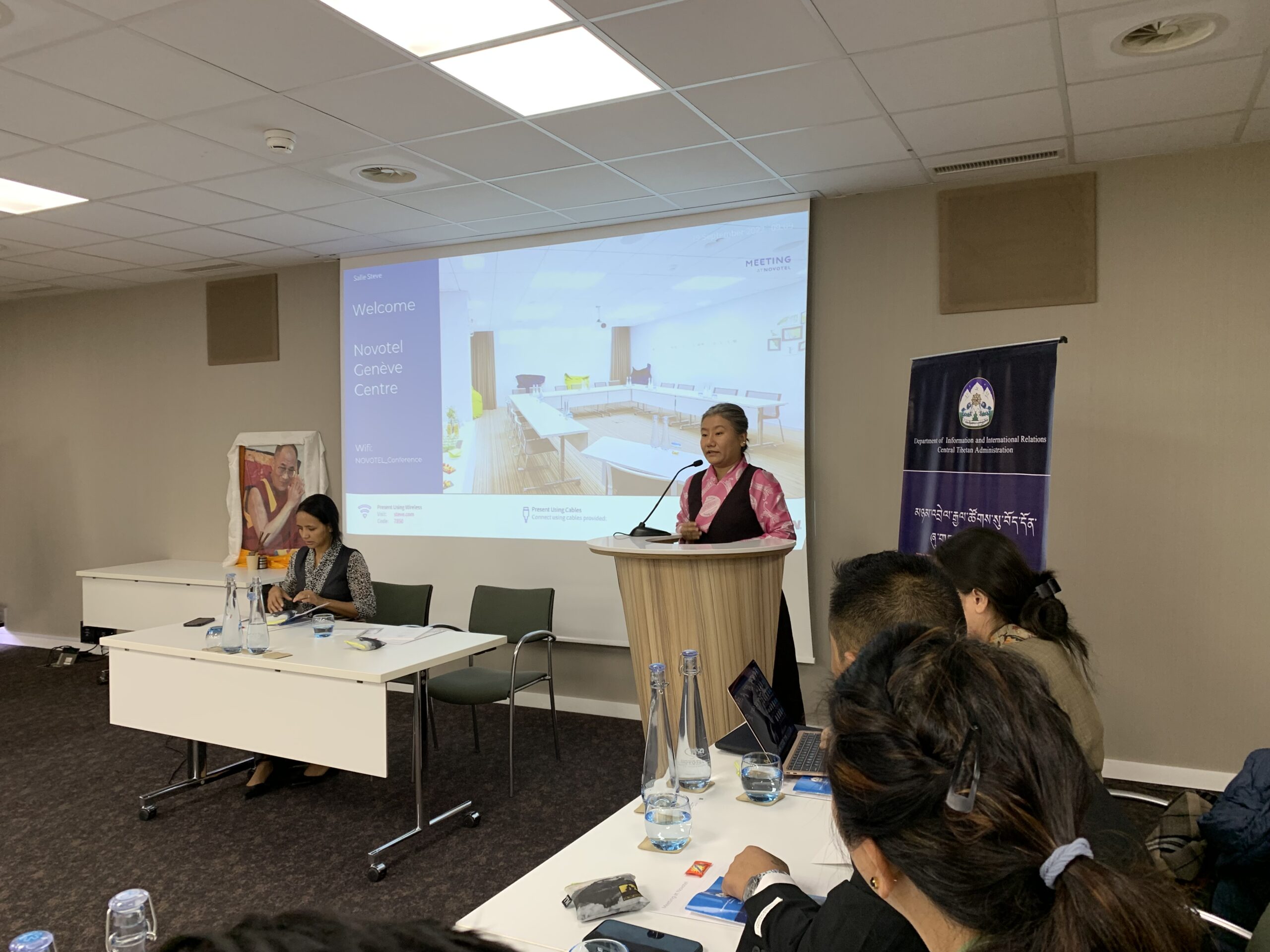 Geneva: The Department of Information and International Relations (DIIR), Central Tibetan Administration (CTA) commences a three-day training on Tibet Advocacy at the UN and its mechanisms in Geneva, Switzerland on Monday, 19 September 2022.

The training aims to introduce and elevate fundamental awareness of Tibet advocacy at the UN and its mechanisms. A total of 30 participants including representatives from a select group of Tibetan non-governmental organisations from Dharamshala, Europe-based Voluntary Tibet advocacy Group (V-TAG) members, and other Tibetan youth from Europe, as well as staff of Tibet Advocacy Section, DIIR.

The training is organised by DIIR and is hosted in Geneva with the support and collaboration of the Tibet Bureau, Geneva.

Representative Thinlay Chukki of The Tibet Bureau Geneva welcomed the participants and gave a brief introduction on the workings of the Tibet Bureau, Geneva in their efforts in bringing Tibet to the bilateral and multilateral forums. Representative Thinlay Chukki further highlighted the significance of advocating at the UN and how the UN becomes a crucial forum in our efforts to resolve the Sino-Tibet conflict. The inaugural session concluded with the request to participants to make the most of the training.

Head of DIIR’s Tibet Advocacy Section, Dukthen Kyi and the UN Advocacy Officer of Tibet Bureau Geneva, Kalden Tsomo facilitated the first session that focused on the introduction and understanding of the concept of advocacy, the UN and its human rights protection mechanisms and carrying out Tibet advocacy at the UN. The participants include V-TAG members from Switzerland, Belgium, France, Netherlands, Germany and the UK and the staff of the Tibet advocacy section, DIIR and Dharamshala-based Tibetan CSOs, Tibetan Youth Congress, Students for a Free Tibet, Tibetan Women’s Association, Tibetan center for human rights and democracy, Tibet Watch, International Campaign for Tibet.

Following this, a series of panel discussions were held, panellists being Program manager and human rights advocate from International Service for Human Rights Sarah Brooks; Executive Director Kai Muller and Researcher, Tenzin Palmo from the International Campaign for Tibet, Germany. The speakers illuminated the opportunities and challenges of advocating at the UN and shared their on-ground experiences, among other crucial aspects. The presentations were followed by a question and answer session with the participants on understanding various aspects of the Tibet advocacy at the UN, the relevance of Tibet on international platforms and the Tibet movement in general.

Virtual training on Tibet advocacy at the UN was conducted by the DIIR two years ago in August- September 2020, involving participants in a variety of group discussions and exercises. The training was conducted virtually because of the pandemic. Some of the participants of the virtual training are also participating in this training, providing both theoretical and practical knowledge of advocacy at the UN. 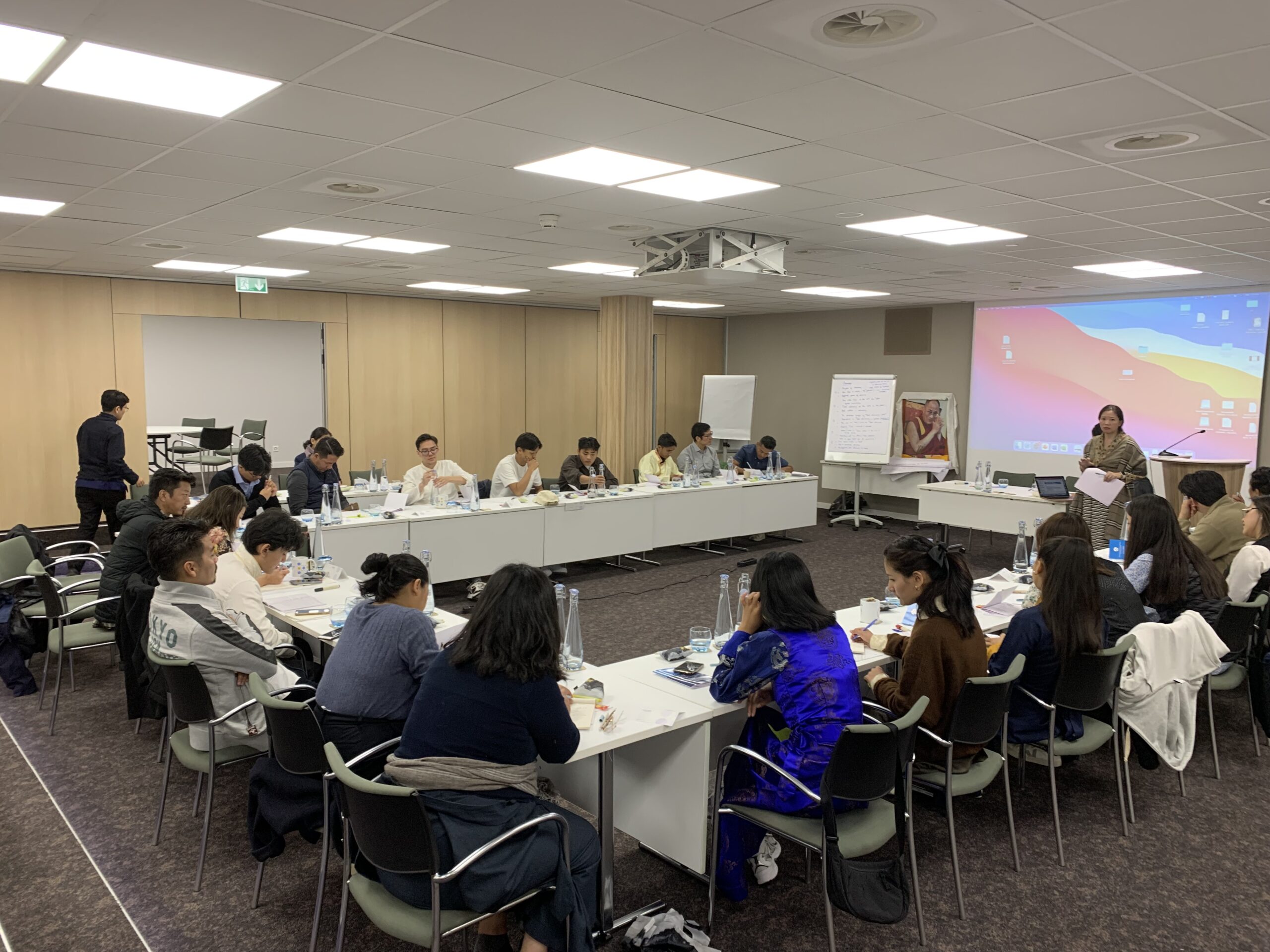 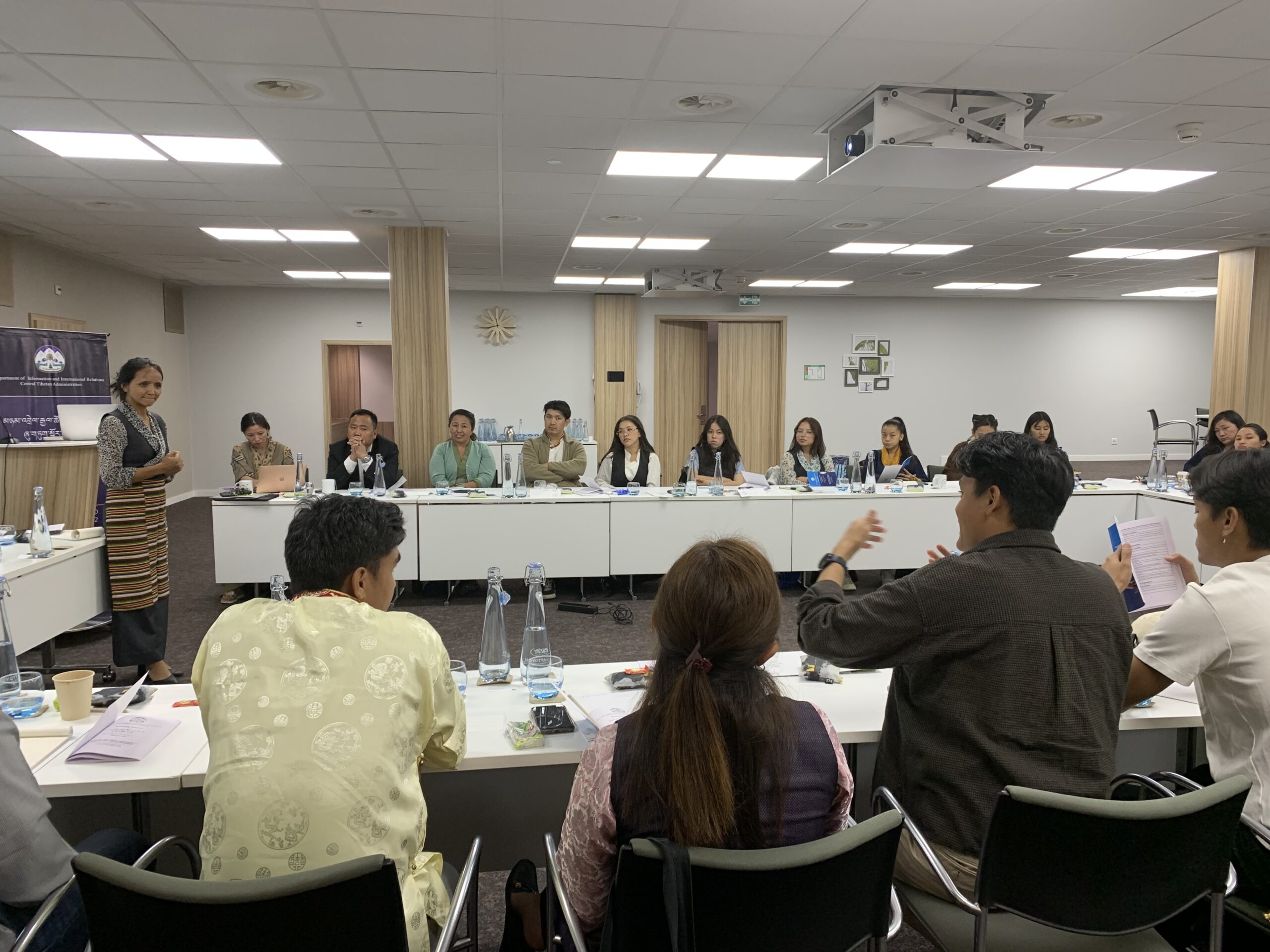 Training on Tibet Advocacy commenced by the Department of Information and International Relations in Geneva, Switzerland. 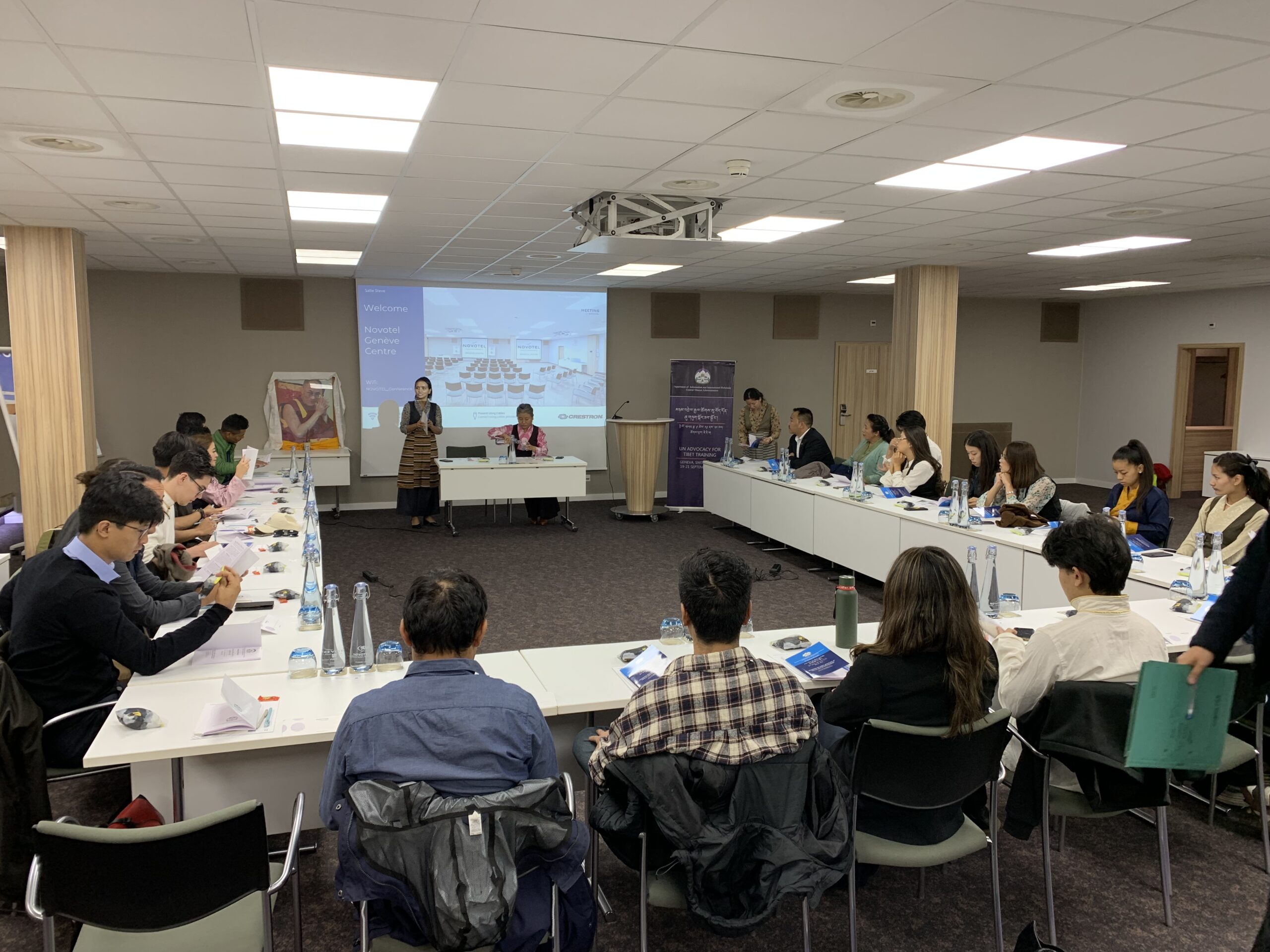 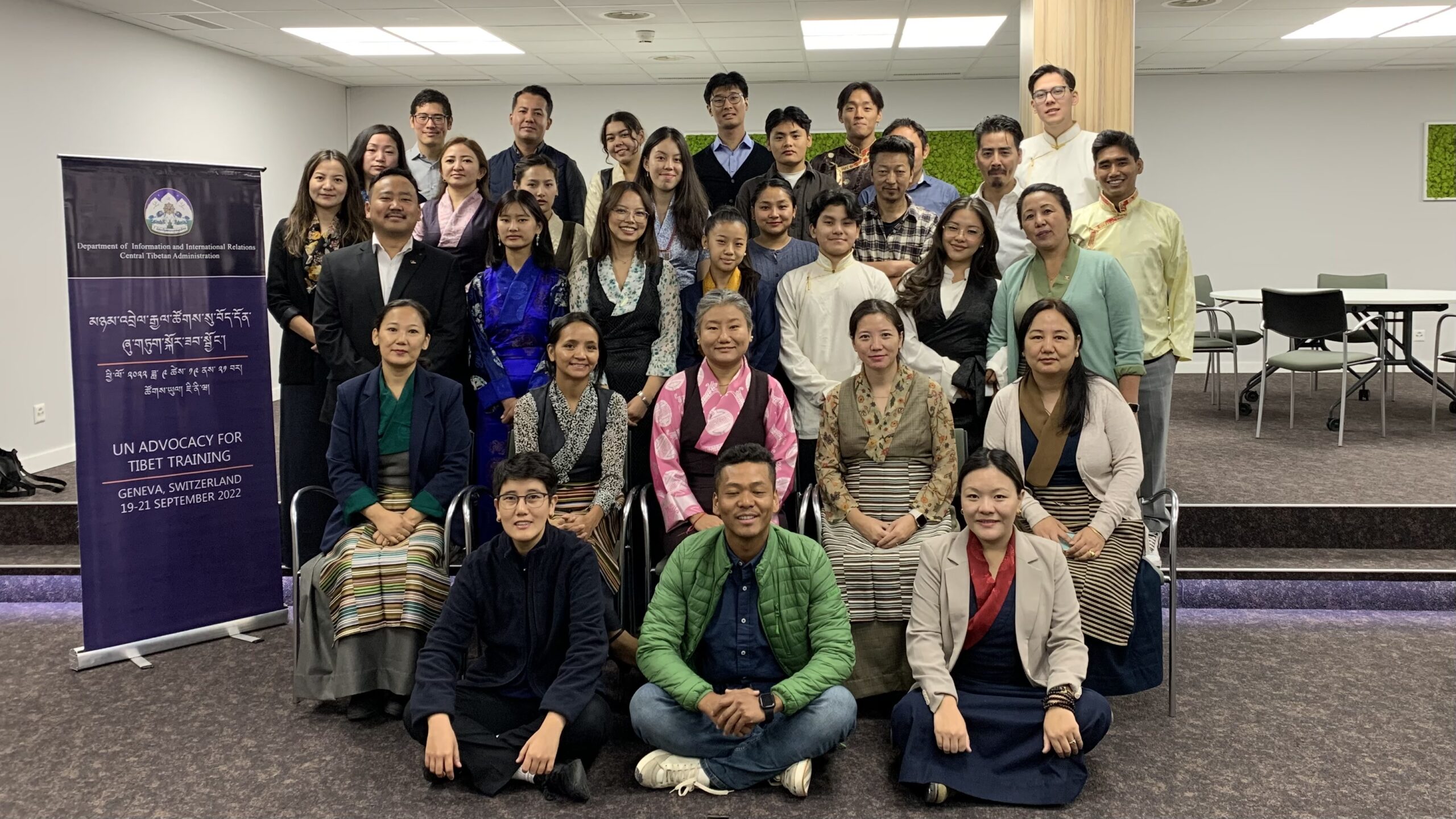 Facilitators and participants of the training.