Different People, Same Repressive Tactics: From Tibet to Xinjiang and Back 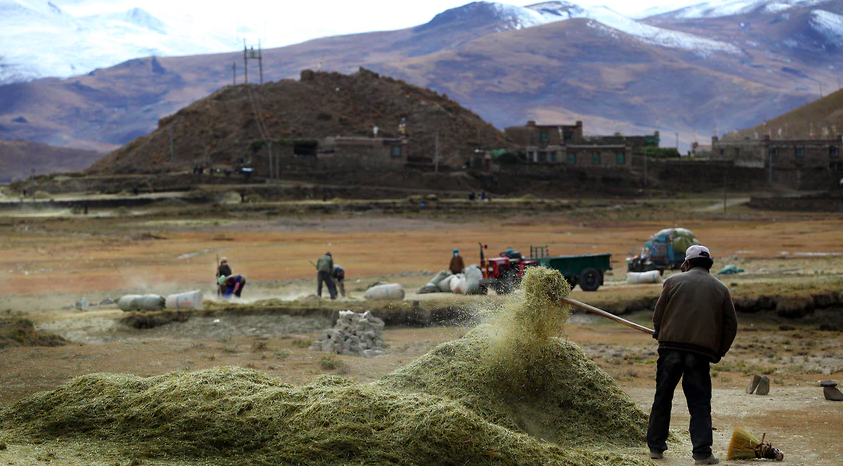 The Xi Jinping-led China has become more assertive on the international stage but what is less known globally until recently is that the Chinese government has ramped up its repressive tools to crackdown regions under its occupation. In a report released last week, the author Dr. Adrian Zenz, a German anthropologist, detailed how the Chinese authorities are expanding a mass labour programme in Tibet mirroring the forced labor operations in East Turkistan. Reuters further corroborated his findings in its report dated Sept 22.

The report revealed how Beijing has exchanged tried and tested oppressive policies between Tibet and East Turkestan (Ch: Xinjiang), resulting in over half a million Tibetans forced to take part in a coercive program in military-style training centres by the Chinese government from January to July of this year. Tibetan farmers and herders are forced into a program that forces them to give up their traditional lifestyles to undergo mandatory training in centralized vocational facilities. The program is ostensibly meant to alleviate poverty, but it is obvious that these measures are designed to destroy the Tibetan culture and way of life.

The Central Tibetan Administration’s spokesperson, Secretary Karma Choeying remarked, “The coercive labor program of communal vocational training centers for Tibetan herders and farmers and their systematic transfers to work in faraway factories and communes in the guise of poverty alleviation is nothing but a state-sponsored effort to systematically and forcefully assimilate Tibetan people and their distinct culture, language, faith and way of life into what they call single entity of Chinese nation-race.”

The fact that repressive policies in Tibet and Xinjiang tend to overlap is not a surprise. Chen Quanguo, the Party Secretary of the so-called Tibet Autonomous Region (TAR) from 2011-2016 was transferred to Xinjiang in 2016 where he implemented the same ruthless policies implemented in TAR.

For China, Tibet and East Turkestan share characteristics that propel them to spend vast amounts of resources to suppress the two regions. People from both regions have their own histories, cultural identities, and languages that are completely unique from the rest of China. But perhaps most importantly, both regions are deeply religious people: Buddhists in Tibet and Muslims in Xinjiang. In today’s China, the government forces complete loyalty, and any threat to this is seen as something that needs to be eradicated, which is a violation of human rights.

“The Tibetan people’s unshakable pride in their distinct identity and culture and their unwavering faith in His Holiness the Dalai Lama withstood the brutal onslaught of the Chinese Government’s policies during the last 60 plus years in various forms and interpretations with a singular motive to obliterate Tibetan Culture, language, faith, and way of life. This onslaught too shall fail against the indomitable and resilient spirit of the Tibetan people with the support of the people and governments across the world who stand for truth and justice,” asserted Secretary Karma Choeying.