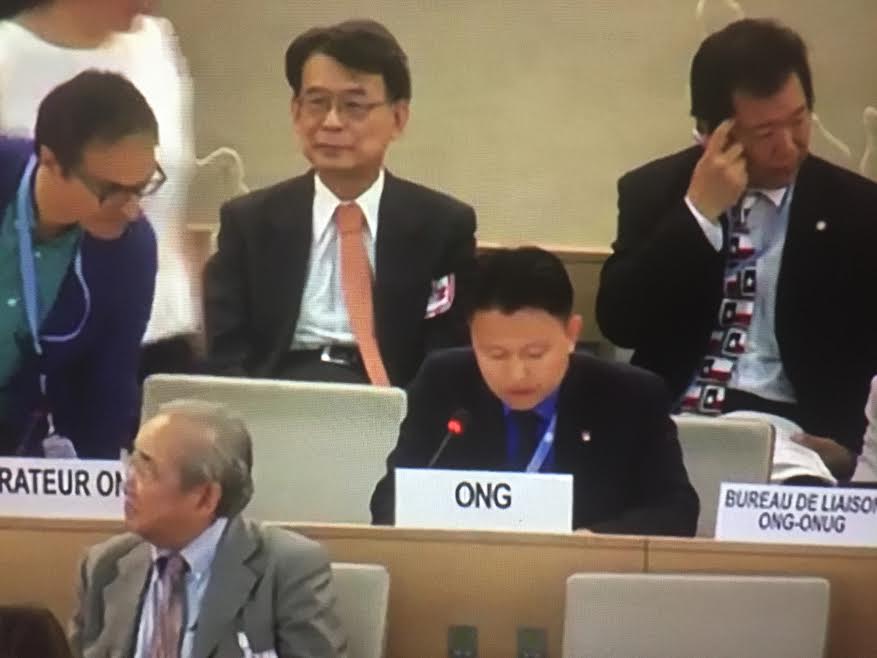 Geneva: In the on-going 35th UN Human Rights Council session that begins earlier this month, countries including the US, UK and Germany expressed concern over the worrisome situation in China especially in Tibet and Xinjang.

In a side event on “Human Rights Situation: Seeking Solution (Case of Palestine and Tibet)”, Kelsang Gyaltsen, former Special Representative of His Holiness the Dalai Lama in Europe briefed the current situation in Tibet under China’s repressive policies, and explained how the Middle Way Approach continues to remain a viable solution to resolve the issue of Tibet amicably with China.

“The Middle Way Approach is nothing but a call for genuine autonomy for the Tibetan people within the frame work of the People’s Republic of China’s constitution. The approach is not seeking complete independence as misinterpreted by the Chinese officials”-said Kelsang Gyaltsen.

The event has been jointly organized by International Fellowship & Reconciliation, American Association of Jurists, BADIL-Resource Centre for Palestine Residency & Refugee Rights and Tibetan Centre for Human Rights and Democracy.

Delivering member state’s statements under Item 4 -General Debate, the delegate of the United States of America expressed its concern over lawyers and activists in China who are being arbitrarily detained, tortured and forced to confess to political charges on the state media. The delegation further stated, “conditions akin to martial law have been imposed in Xinjang and some Tibetan areas”.

The delegation from Germany called China to release all detained human rights defenders including Tashi Wangchuk, and urged China to allow the High Commissioner and Special Rapporteurs to visit Tibet. “Germany remains deeply worried about widespread human rights abuses in China, especially in Tibet, Xinjang and neighboring regions including infringements of the freedom of religion as witnessed in Larung gar” said the delegation.

The delegate of the UK expressed concerned over China’s unabated restriction to civil and political freedoms, including minority rights, and freedoms of expression and religion.

Christian Solidarity Worldwide, an international organization that advocates for religious freedom drew the council’s attention China’s crackdown on Tibetan Buddhist institutes that has been demonstrated in the demolition of Larung Gar, one of the largest Buddhist centers in the world. 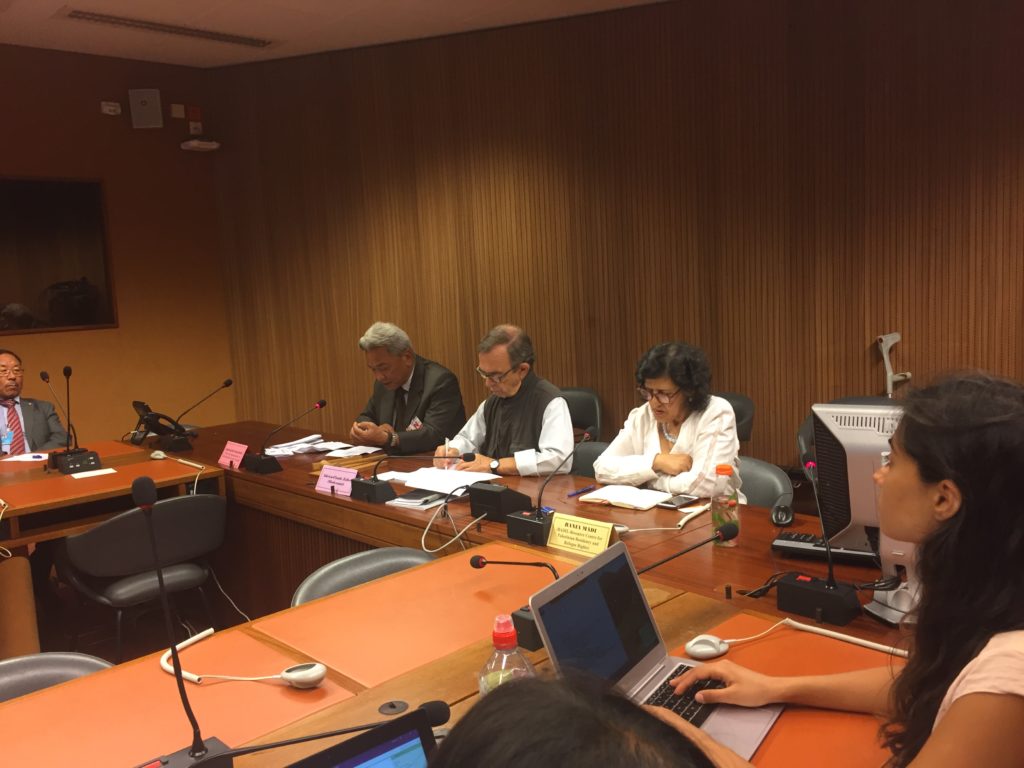 From the left: Mr. Kelsang Gyaltsen (former envoy of His Holiness the Dalai Lama to Europe), Mr. Adrien-Claude Zoller (moderator of the session) and Ms. Rania Madi (UN Legal Advocacy Representative, BADIL-Resource centre for Palestine Residency and Refugee Rights) Addressing the attendees of the side-event