Detained monk sentenced to a year in prison

A month after his detention, a monk from Nyatso Zilkar Monastery has been sentenced to a year in prison for unknown charges, according to information received by TCHRD today. 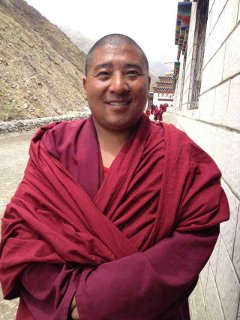 The Xining Intermediate People’s Court handed the sentence in the absence of the monk’s family members and relatives, according to the source.

The same source said the Tridu County Public Security Bureau (PSB) office informed the monk’s family members about the sentence by phone but the PSB officers refused to give information about the exact charges that led to the sentencing.

Furthermore, the County PSB office, citing court orders, told the family members that they were barred visiting the monk for three months from the date of sentencing.

Although exact charges against Sherab are unknown, some say the authorities suspected him of participating in a protest that was staged on 8 February by monks from Zilkar Monastery and local Tibetans in Zatoe. Earlier, the Xining Intermediate Court had sentenced three monks in connection with the protest. Lobsang Nyima and Lobsang Samten were sentenced to one year and nine months while Sonam Gewa was sentenced to two years. The sentences were passed at a secret trial without the presence of the monks’ family members.

Nyatso Zilkar Monastery is becoming a frequent target for official crackdown. On 1 September, armed police carried out a raid at the monastery, beating dozens of monks, and detaining five whose whereabouts remain unknown. For more on this, please visit Monks beaten and detained in Nyitso Zilkar monastry.