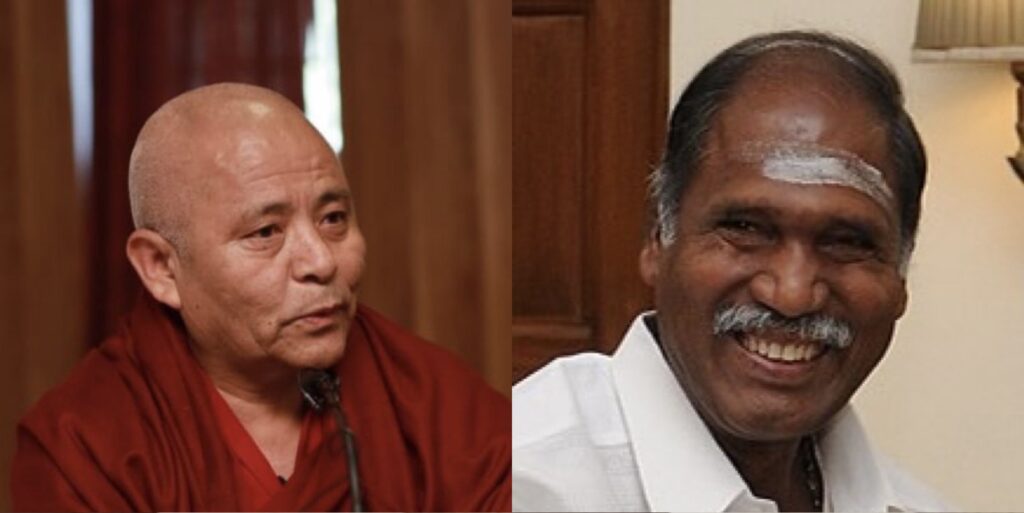 The Deputy Speaker wrote, “It is with great pleasure that I take this opportunity to convey my heartiest congratulation to you on assuming the office of Chief Minister of Puducherry for the fourth time.”

“Puducherry is historically well known for the Sri Aurobindo Ashram which is a spiritual community and Auroville attracts thousands of people to this beautiful city.

“As you are well aware that for more than six decades, ever since the brutal China’s invasion and occupation of Tibet, both the Tibetans and Tibet as a whole are still suffering. Tibetans in Tibet are being denied and deprived of all the fundamental Human rights. As for China, they currently involved territorial disputes with numerous countries including India which proves that It is their long thought through and very well plotted expansionist approach to take control over everything globally. Tibet issues plays a very critical factor as Tibet always acted as the buffer zone between India and China before the invasion of China in Tibet. We should also take it into consideration and hold China accountable for the deadliest virus covid-19 which was manmade virus originated from China to disrupt the world and it indeed caused chaos all over the world for 2 years now.”

“As a vision of His Holiness the 14th Dalai Lama, Through the Middle Way Approach we seek genuine autonomy within the framework of the People’s Republic of China serving the interest of both Tibet and China. Therefore, your honourable being a great leader and CM of Puducherry, we hope that you and your government will support us in resuming the peaceful dialogue between Chinese authorities and envoys of His Holiness the Dalai Lama which has come to a standstill after the 9th round of Negotiation in January 2010. I would like to urge you to render assistance in raising and solving the Tibet issue in order to de-escalate the territorial disputes.

“Tibetan Parliament members and I personally had the privilege to meet your kind self in Delhi 2016, and we were also able to meet the Member of Parliaments from your party and State Assembly members several times in the past. We are hopeful to receive an opportunity to meet you again in the succeeding years.”

“Your achievements and selfless service towards the betterment of the people of state over the years are exemplary. I congratulate you once again and wish you all the best for your future endeavours.”