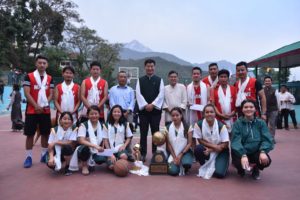 President Dr. Lobsang Sangay commended the players on taking initiative for physical wellness.  He further talked on physical wellness by reflecting on vegetarianism and vegan. He gave examples of some big personalities who have turned Vegan and appreciated such healthy lifestyle which brings a positive impact on one’s life.

He further appreciated the cheerful spectators in the courtyard gathered to support and cheer their respective departments.

The basket court at Gangkyi brimmed with a cheerful crowd of spectators. Staff and officials of the Central Tibetan Administration including the Kalons and Secretaries came in support of the event.

An inter-departmental basketball tournament is held every year to celebrate the spirit of teamwork and foster physical and mental wellness.

The champion of this year’s basket tournament in both women and men’s series is the Department of Information and International.

The runner up teams for both men and women series is Department of Finance.

The event concluded successfully with prize distribution and photo session of the players.

The summer basketball event is organized by the Department of Health and CTA Games Committee. 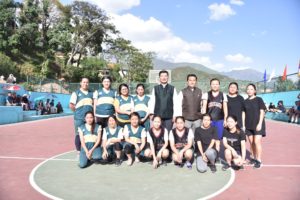 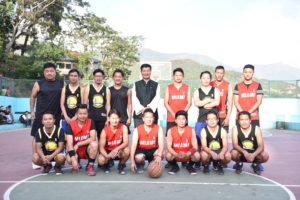