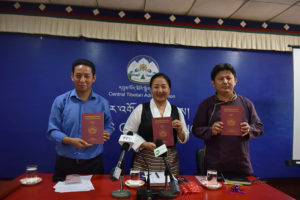 Dharamshala: Protection and preservation of the Tibetan language vis a vis promoting awareness and use of Tibetan terminology has always been the aims and objectives of the Terminology Desk of the Department of Education.

In the view of such aspiration, the Terminology section launched its 12th volume of ‘Glossary of standard Tibetan Terms’- a compilation of the previous 11th Glossary of Standardised Terms.

However, the highlight of the launch event was the Terminology section’s mega launch of the first Tibetan Terminology App called “Tibterm” available both on Android and IOS.

The launch event was held at Lhakpa Tsering hall of the Department of Information and International Relations, CTA.  Presiding the event was the chief guest Education Kalon Dr. Pema Yangchen and Education Secretary Karma Singey. 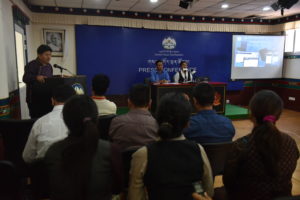 Commencing the event, Mr. Ogyen Tenzin, Chief Editor and Head of the Terminology Desk gave a brief introductory remark on the event including a detailed background on the inception and fundamental objectives of the Terminology project, particularly of the brand-new Tibetan terminology app.

“The goal is to create a mass convenience of accessing the use of Tibetan terminology. Another important objective is to formulate universally accepted terms” informed Mr. Tenzin

He also informed about the series of awareness programs implemented by the Terminology Desk in various Tibetan communities.

Education Secretary Karma Singey stressed on the importance of preserving the rich Tibetan language by inculcating the work being done in Tibetan terminology in daily life.

Chief guest Dr. Pema Yangchen in her remarks apprised about the website called ‘Ethnologue.com’  a storehouse of every known living language. Every now and then the website updates with newly discovered languages.

Education Kalon remarked that language is not just an expression of internal thoughts and ideas but the epitome of one’s culture and identity therefore, Kalon appealed to preserve, promote and enrich the Tibetan language.

She further encouraged the parents to inculcate conversing in solid Tibetan language to their children on a daily basis as Kalon notified that every year 9 languages get extinct based on the findings of the researchers.

The new Tibetan terminology app was created by Dachompa Tech LLP an IT enterprise from Bangalore and the project was funded by DANIDA, Denmark. 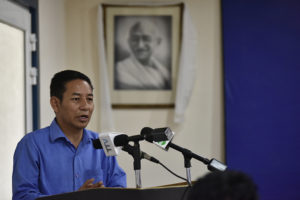 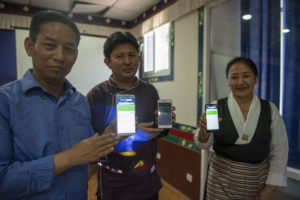 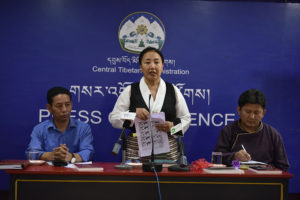 Education Kalon speaking on the importance of the Tibetan language. Photo/Tenzin Jigme/CTA