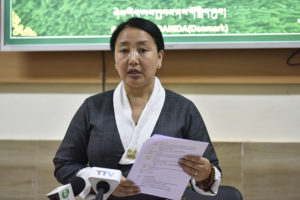 Dharamshala: The first high-level management committee meeting of school systems was held today at the conference hall of the Department of Education.

The meeting was organised by the Department of Education as part of the previously held ’School Systems Heads Meeting’ in March 2017 where robust discussions and deliberations on the effective ways of improving students’ education and enhancing the efficiency of Tibetan schools administration were established.

Education Kalon Dr. Pema Yangchen who is also the Vice Chairman of the committee inaugurated the meeting.

In her inaugural speech, Education Kalon informed that the meeting was held as per the unanimous decision taken by the committee members in view of the importance of overall development of the Tibetan school systems in exile.

Education Kalon lauded the collective efforts and contribution of the department of education, likewise various education committee, management and teachers of the schools for achieving considerable success in generating quality education over the last 10 years.

“However, with ever-changing times, changes in the landscape of Tibetan student enrollment in the schools compared to the situation 10 years ago is evident” noted the Education Kalon while indicating the declining number of Tibetan students enrolling in the Tibetan schools.

Considering the gravity of the problems Education Kalon suggested the necessity for improving the quality of education one that meets the needs and challenges of today’s world and further promoting a holistic environment for overall learning and growth.

The agenda of the meeting includes discussion and deliberation on six key topics that were mentioned and discussed in the 7th annual meeting of the Education Council and Advisory Committee held on April 13, 2019.

The meeting was funded by DANIDA (Denmark). 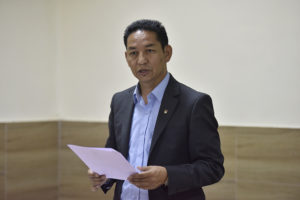 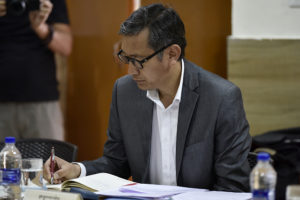 Heads of Tibetan schools in exile participating in the meeting. Photo/Tenzin Jigme/CTA