Democracy is the biggest gift from His Holiness to his people: Swedish MP Carl Schlyter 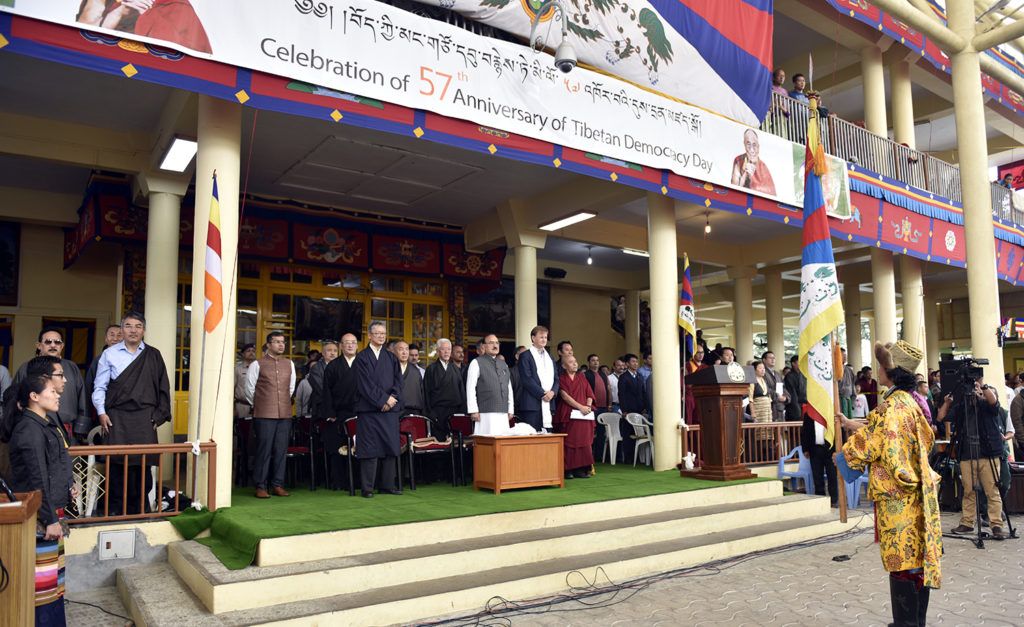 Attendees to the occasion showing their respect during the Tibetan National anthem, Photo/Tenzin Phende/DIIR

Dharamshala: Under the bright blue sky that engulfed Tsuglagkhang today, new strong bonds were formed and existing bonds were strengthened.

Today marked the 57th anniversary of Tibetan democracy, celebrated by the Tibetan Diaspora across the world. The jubilant occasion was celebrated at Tsuglagkhang, Dharamshala, as an official function that was graced by members of Kashag, Parliamentarians, Tibetan Chief Justice Commissioners, along with the public. 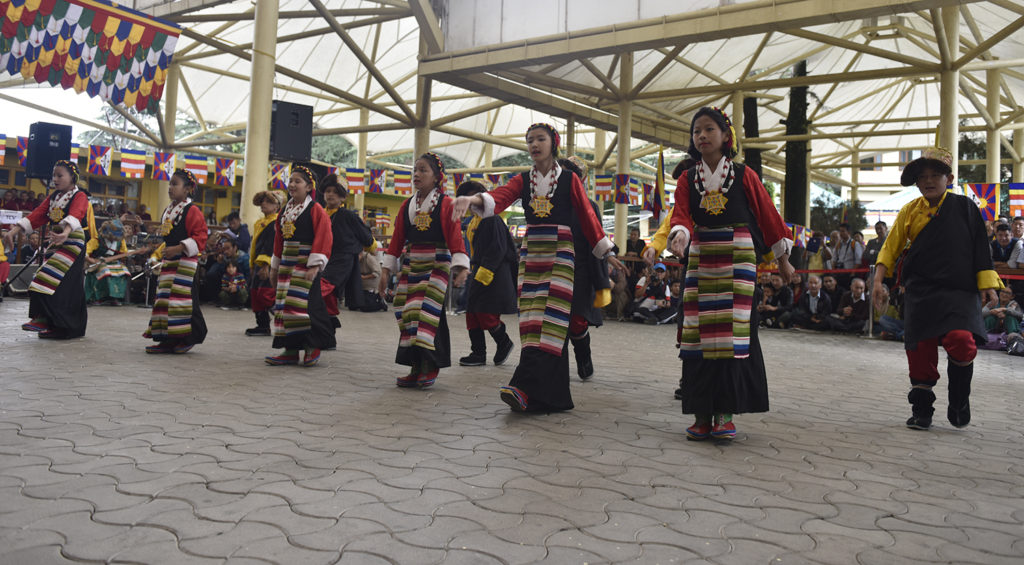 Officiating President, Honorable Kalon for Department of Religion and culture, Ven Karma Gelek Yuthok, from the statement that was issued by the Kashag, said “In recent months we have also witnessed two cases of self-immolations in exile. While the Kashag empathizes with the intention of the self-immolators, but we believe that the life of every Tibetan is precious and that we must be alive to fight for our cause.”

“Therefore, the Kashag appeals to every Tibetan inside and outside Tibet to refrain from resorting to drastic actions such as self-immolation. Specifically, the Kashag not only discourages self immolation protests in exile but we urge the exile Tibetans to pursue more powerful means by honing one’s educational, professional and personal competency to substantially contribute to the Tibetan cause.”

“As recognized by many intellectuals and world leaders alike, the Chinese government should accept the fact that His Holiness the Dalai Lama presents the best opportunity and solution to resolving the issue of Tibet. While we remain committed to constructively engage with the Chinese leadership, we call on them to resume dialogue with the envoys of His Holiness the Dalai Lama.” 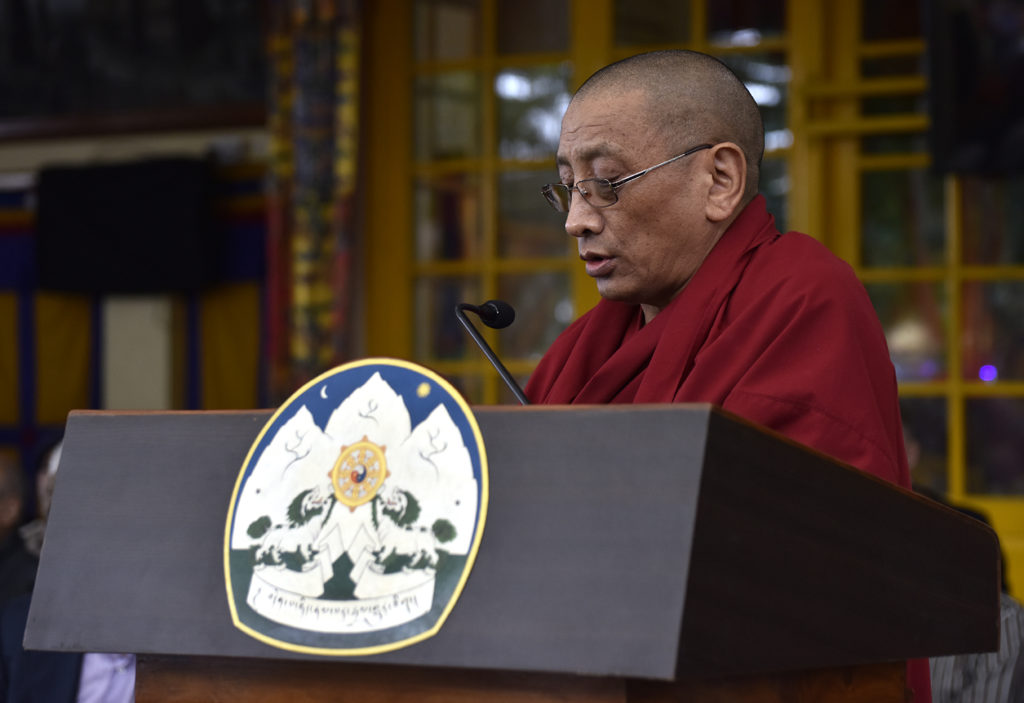 Member of Parliament and guest of Honor, Carl Schlyter, in his address, said “His Holiness the 14th Dalai Lama did the most difficult thing which other leaders in position of power would not dare do. He gave away his power to his people as a gift, in the form of Democracy”.

He mentioned how the Swedish people and Tibetans shared a common ground, through the Middle Way Approach advocated by His Holiness.

“There is a saying among our people, which conveys that if you understand what your adversary wants then you can always come to a mutual solution that is favorable to both sides. The saying is called ‘the golden path of the middle way’.”

“Sweden remains a war free country for almost 203 years. You, like us, have the right to freedom, the right to live in your country. I know and hope that you will be able to achieve that in the near future”.

MEP Carl concluded his address by saying that His Holiness is known across the globe as ‘the Champion for world peace’ and it is the duty of every other political leader to take him as an example and aspire for world peace. 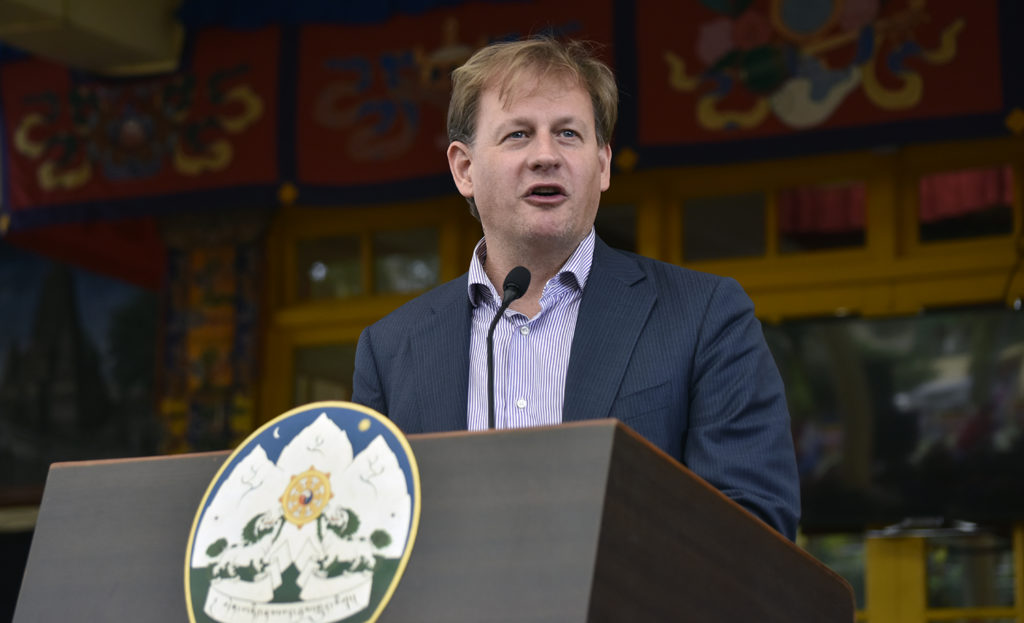 Honourable Deputy speaker of Tibetan Parliament in Exile, Acharya Yeshi Phuntsok, from the statement issued by the Tibetan Parliament in Exile, said,” The Tibetan democracy is particularly a special one, for it has been gifted by His Holiness the Dalai Lama with great ingenuity of method and compassion and has evolved on that fundamental basis. All Tibetan people in general, but especially those living in exile, have been in continuous enjoyment of their democratic rights. In particular, we would like to appeal to all Tibetans to uphold with great importance the duties that are inherent in each of them at one’s individual level by giving primary importance to the greater good of the Tibetan society, acting with solidarity to bring forth the collective strength of the Tibetan people to an ever higher level. This has become more imperative now than ever before”.

“Ever since the Chinese occupation of Tibet, the incessant campaigns introduced in Tibet, that grossly violates human rights and trample on the human decorum, such as Cultural Revolution, has propelled the continual existence of Tibetan religion, culture and people into ‘uncertainty.’ Recent campaign of ‘Education activities with special focus on implementing the Four Stresses and Four Loves” has subjected the minds and conducts of the Tibetan nomads, farmers, youths, students, monks and nuns to an involuntary conditioning and conformation to the communist Chinese ideologies of ‘protection of the unity of Motherland’. Such propagandist campaigns in Tibet condemn the Tibetans in perpetual darkness, devoid of freedom of thought, movement and religion”.

He concluded his address by offering his gratitude on behalf of all the Tibetans, to the governments parliaments, organizations and individuals, especially to the Central and State governments of India, for their support towards the just cause of the Tibetan people. 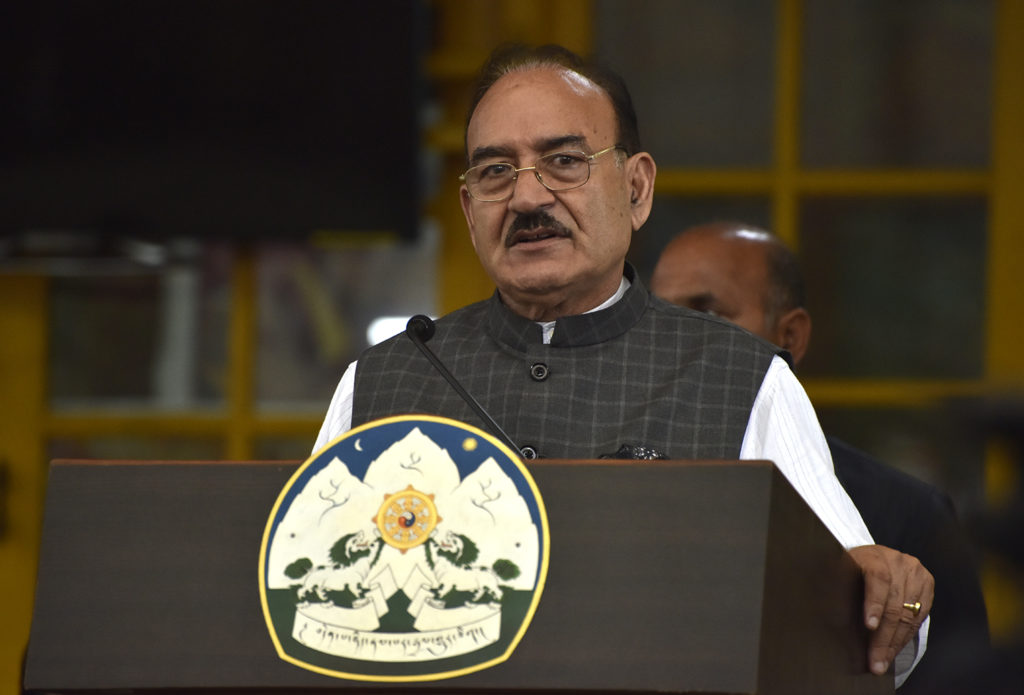 Shri. Kaul Singh Thakur, honorable Health Minister of Himchal Pradesh and chief guest of the function in his address mentioned the importance of democracy and said that it was the best form of government since the power, in a democratic form of government, lies with the people and with that opportunity, we can elect a candidate of our choice who is better suited to carry out the basic functions of the government.

“On this occasion, I also pray to God that His Holiness is blessed with good health and long life so that he may continue to spread the message of peace and continue to bless us in the future and that the aspirations of the Tibetans will come true”.

“We are always here to help and provide you the facilities you require to reach that goal”, he further added nearing the conclusion of his address. 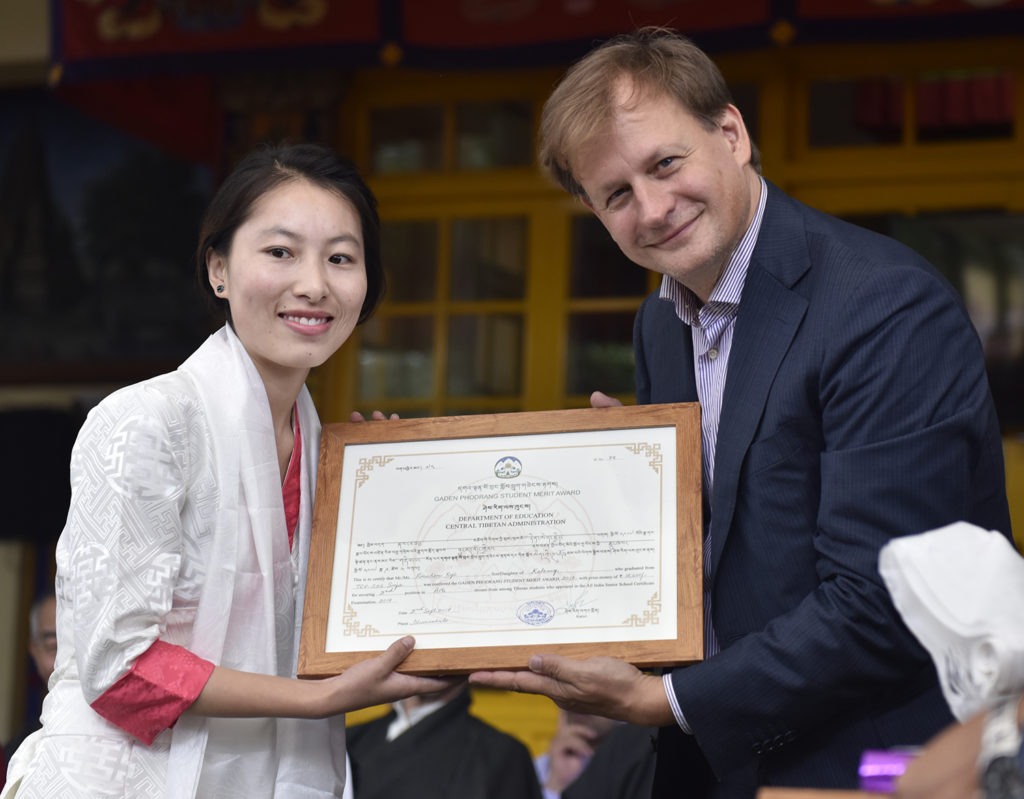 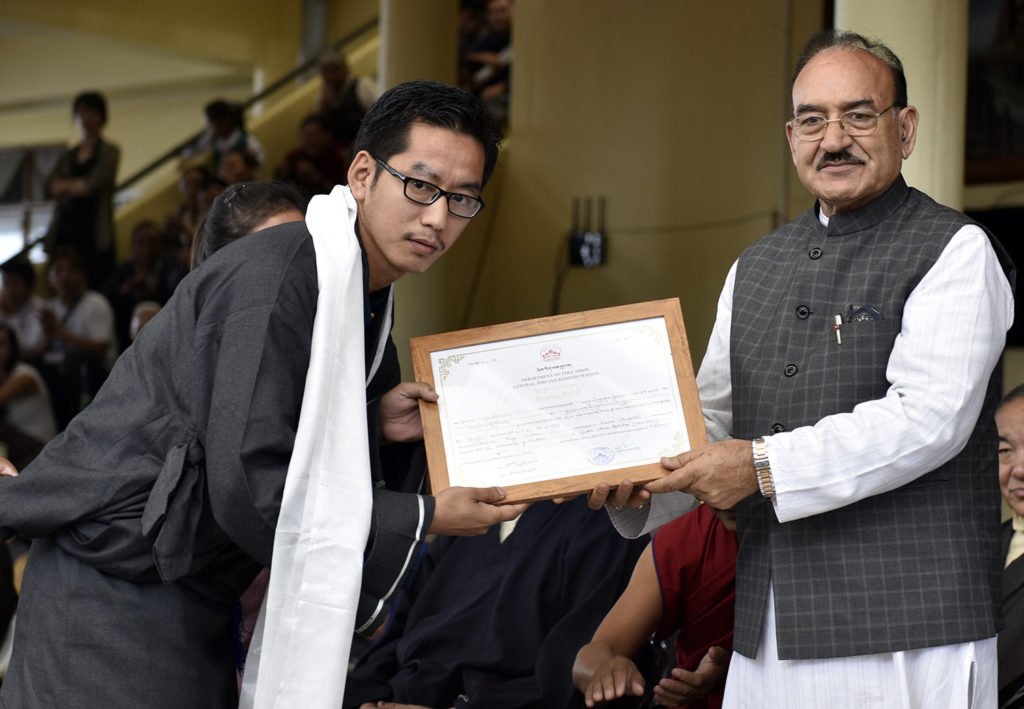 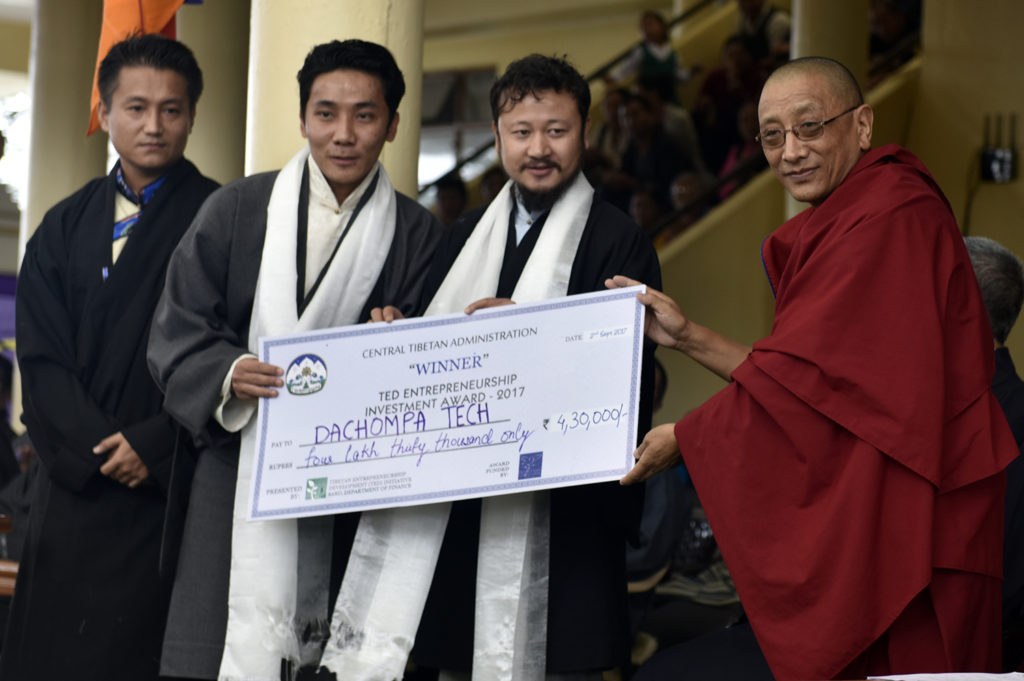 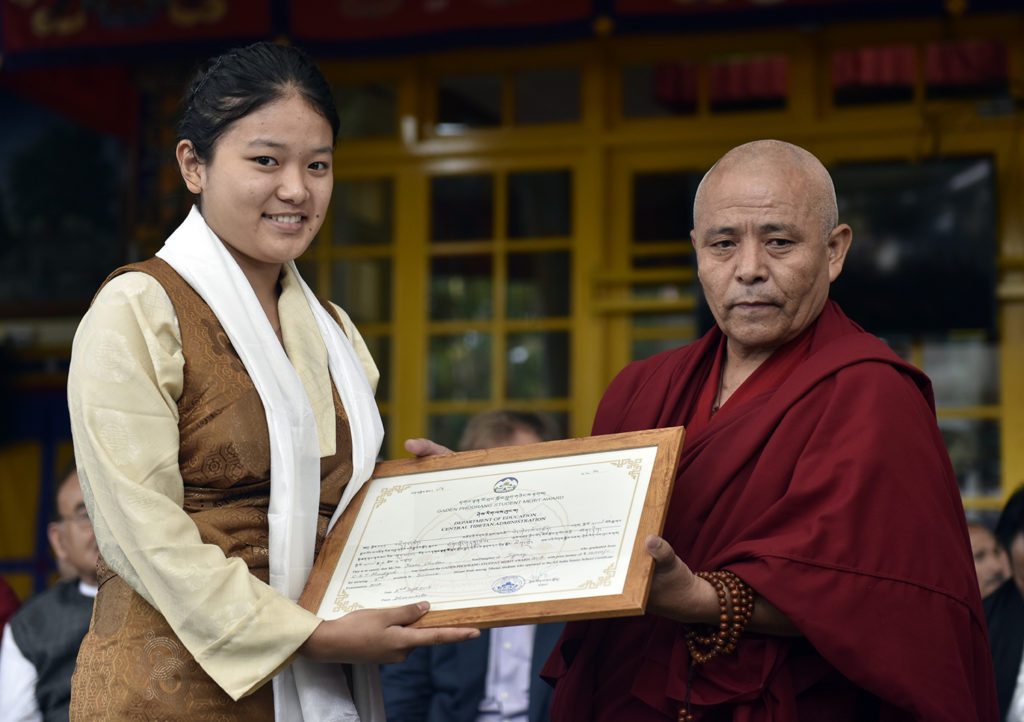