Nearly 30 Tibetans have set themselves on fire since 2009 to protest Chinese rule in Tibetan areas, and in a recent interview with The Wall Street Journal, the Dalai Lama said he would welcome an investigation of the matter. 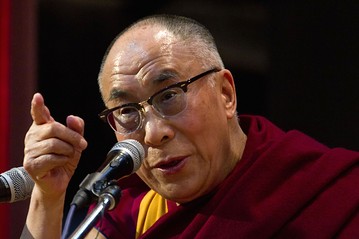 The latest incident of self-immolation involved a farmer whose funeral Saturday turned into a protest march with thousands calling for the release of Tibet from Chinese rule and the return of the Dalai Lama, the Associated Press reported.

The Dalai Lama, the exiled spiritual leader of the Tibetans who fled to Dharamsala, India in 1959, hasn’t made many public statements in response to the self-immolations.

“Now, I have nothing to say. Only pray,” the Dalai Lama said in an interview with the Journal on Friday. He called the self-immolations “very, very sad” and a “very sensitive, political issue.”

At the annual press conference at the close of the National People’s Congress last week, Chinese Premier Wen Jiabao said “we feel extreme sorrow” and the government “doesn’t approve of using these extreme methods to destroy social harmony.” According to Time, he didn’t explicitly link the self-immolations to the Dalai Lama but he said the exiled leader and the government-in-exile were trying to divide Tibet from China.

When asked to respond to this, the Dalai Lama referred to the 2008 Tibetan unrest. “Prime Minister Wen Jiabao and foreign media, he mentioned all these crises started from India, from Dharamsala. Then I immediately responded, please send some Chinese officials. Check all our files and records of my talk [in] Tibetan. Most welcome. But nobody come. So this time also, if they come, start an investigation here. Most welcome.”