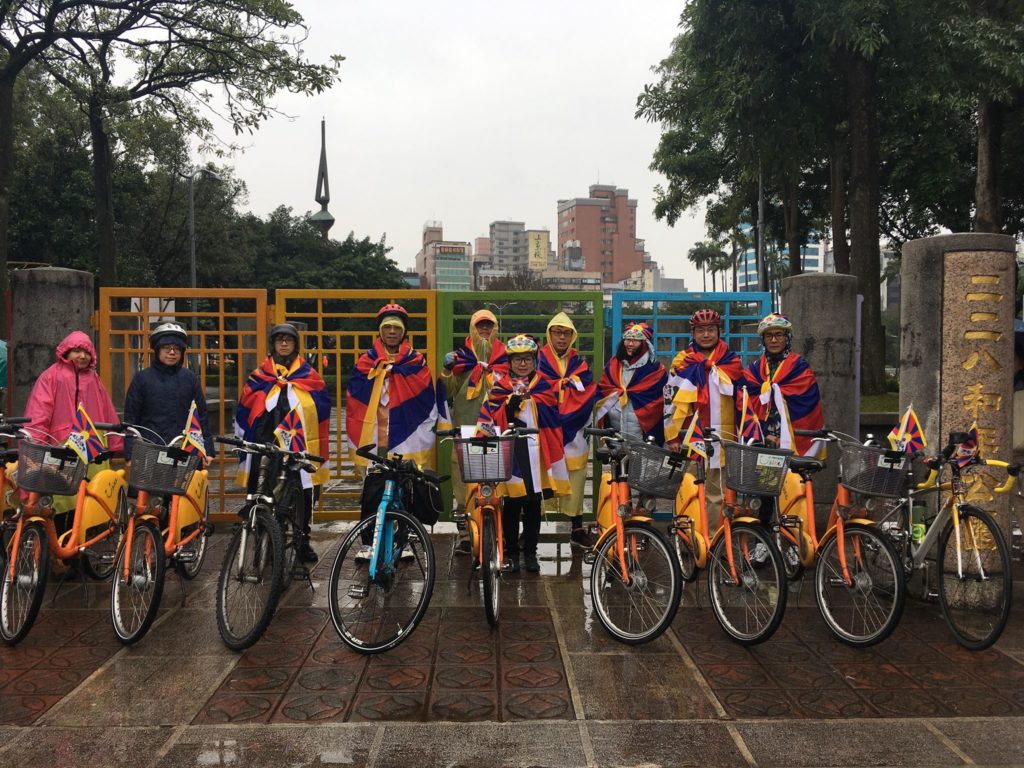 Nearly a dozen cyclists made a tour of Taipei.

Taipei, Taiwan: Nearly a dozen cyclists made a tour of Taipei yesterday morning to create momentum for greater awareness and participation in the annual March rally commemorating the Tibetan National Uprising Day.

Shouting for a Free Tibet and the return of His Holiness the Dalai Lama to Tibet, the group of Tibetan and Taiwanese cyclists gathered at the 228 Memorial Park and set off on a route which took them by the National Chiang Kai-shek Memorial Hall’s Liberty Square and Taipei 101.

When the cyclists reached the Liberty Square, Tashi Tsering, the head of Human Rights Network for Tibet and Taiwan, who is also the president of Taiwan Tibetan Welfare Association, addressed the press by saying that “beginning today, until the March 10 rally, we will be organizing every Wednesday, the day of Lhakar, a cycling tour of Taipei to raise awareness about Tibet.”

He further said that the Human Rights Network will campaign for the rights and freedoms of both Tibetans and Taiwanese people.

Representatives of legislator Kolas Yotaka as well as heads of various NGO’s also addressed the press expressing support for the human rights of Tibetan people.

Wednesdays are observed by Tibetans worldwide as Lhakar, the “soul day” of His Holiness the Dalai Lama. 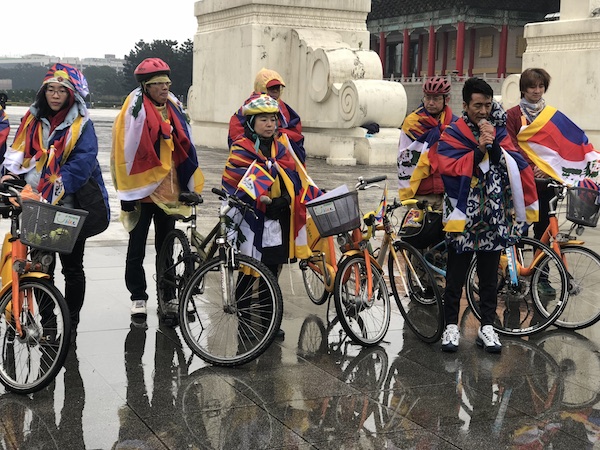 Nearly a dozen cyclists made a tour of Taipei.