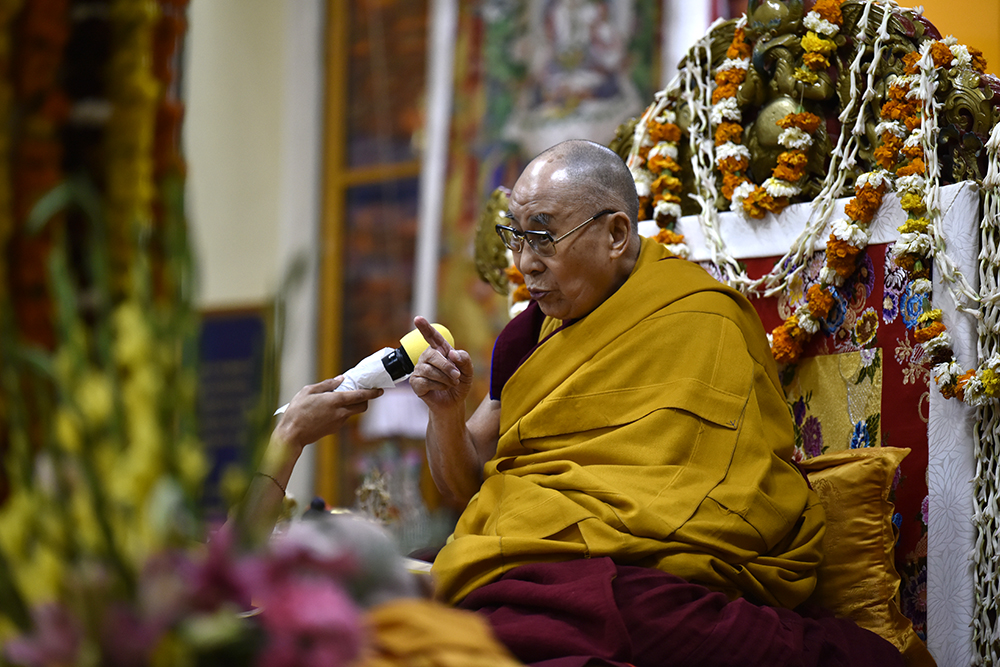 Speaking at the Tenshug ceremony this morning, His Holiness the Dalai Lama acknowledged and thanked the organisers for their sincere prayers.

“The members of organisers and Tibetan people in general have expressed unwavering faith and prayers for my long life. This sacred prayer ceremony is rooted in the spiritual bond between the teacher and his disciples. Therefore, I am certain that your prayers will surely bear positive results.”

The 83-year-old Dalai Lama suggested that he was looking forward to taking more rest and switching to a lighter schedule.

“I am nearing the age of when the first Dalai Lama Gendun Drup passed away. In order to live long and healthy, I must now recline from public teachings and engagements and get more rest instead. Don’t you agree?” His Holiness asked his devout followers.

Reading from the statements submitted by the Department of Education, His Holiness the Dalai Lama applauded their solemn pledges to impart holistic education to younger Tibetan generation based on the values of Tibetan culture and tradition and modern sciences; and to uphold and fulfill the four principal commitments of His Holiness.

President of Central Tibetan Administration, Heads of the three pillars of Tibetan democracy which includes the Kashag, Tibetan Parliament-in-Exile and the Tibetan Supreme Justice Commission, heads of the Autonomous bodies and Secretaries were present at the Tenshug ceremony.

“Due to the kindness of Master Shantarakshita, Tibetan dharma kings and Panditas, we have inherited this profound Buddhist culture and tradition—the insights of which has much potential to contribute to world peace,” His Holiness the Dalai Lama said.

He claimed that the unflinching spirit and courage of the Tibetan people is rooted in its culture, religion and language.

“Politically, Tibet has remained disintegrated through many periods in history. But spiritually, the entire three provinces of Dotoe, Domey and Utsang have remained united for centuries. Our language, culture and religion have and continues to unite us.”

He remarked that it was under the Tibetan emperor Trisong Detsen and Master Shantarakshita’s initiative that Tibetans translated Indian Buddhist literature into Tibetan, resulting in the more than 300 volumes of the Kangyur and Tengyur. In the process, the Tibetan language was refined based on the rich Indian literature.

The Tibetan Buddhist Canons—the Kangyur, texts ascribed to the Buddha and the Tengyur, exegetical treatises composed by Indian masters—form the primary canonical authority for Tibetan Buddhism.

“Among the Chinese and Pali canon, the Tibetan Buddhist canon is arguably the sole surviving version of Indian scriptures. In addition, the Tibetan tradition which originated at Nalanda University follows the path of reason and logic.”

His Holiness further noted that Tibetan translations comprise the largest body of Indian Buddhist texts anywhere in the world.

Drawing focus on Secular Ethics, His Holiness said the concept being derived from Tibetan Buddhist philosophy, particularly the Nalanda tradition, is part of the culture and tradition of the Tibetans.

“Although the concept is derived from religious literature, we shouldn’t necessarily deal with it from the point of view of religion. We can take an academic approach.”

He argued that inner transformation is not a matter of faith or prayer, but involves reason and the use of human intelligence. “Which explains why I proposed the term ‘Buddhist philosophy teacher’ to be used in our schools instead of a spiritual teacher.”

In his address, His Holiness expressed his hope in the Tibetan monastics and those pursuing the Buddhist tradition to carry forward his commitment to revive the Nalanda tradition in modern India.

“The future of humanity depends on the adoption of a positive mental attitude by the current generation. The ancient Indian tradition offers instruments to tackle the emotional crisis and promote basic inner qualities. If such knowledge is educated to our youths and emulated in the largest populations like China and India, this could ensure a happier and more peaceful world,” His Holiness concluded.

The Tenshug ceremony was led by former Kalon Tripa Samdong Rinpoche as the Dorje Lopon. 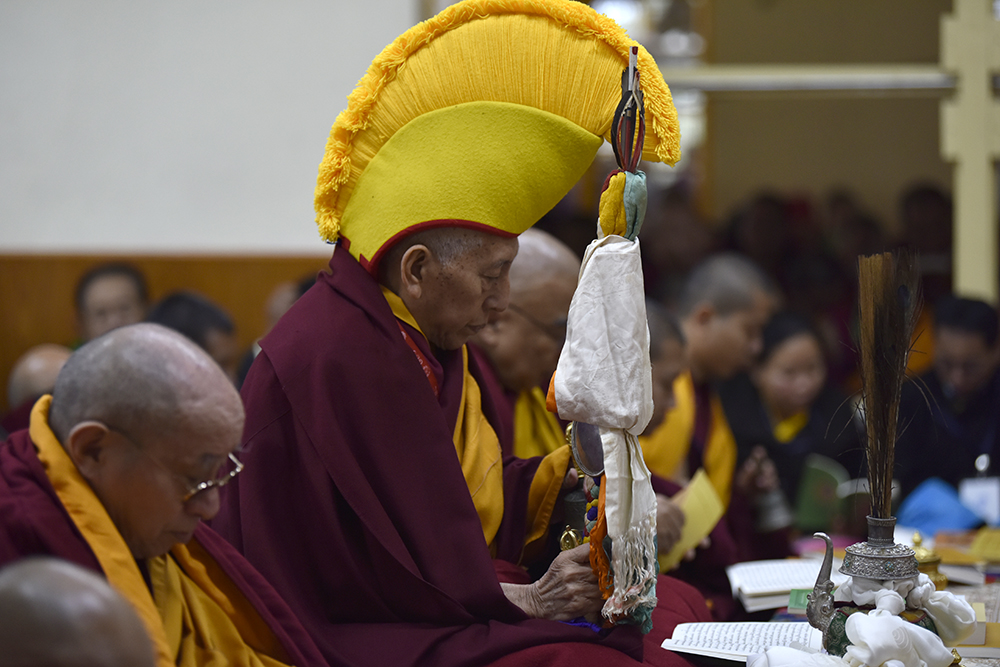 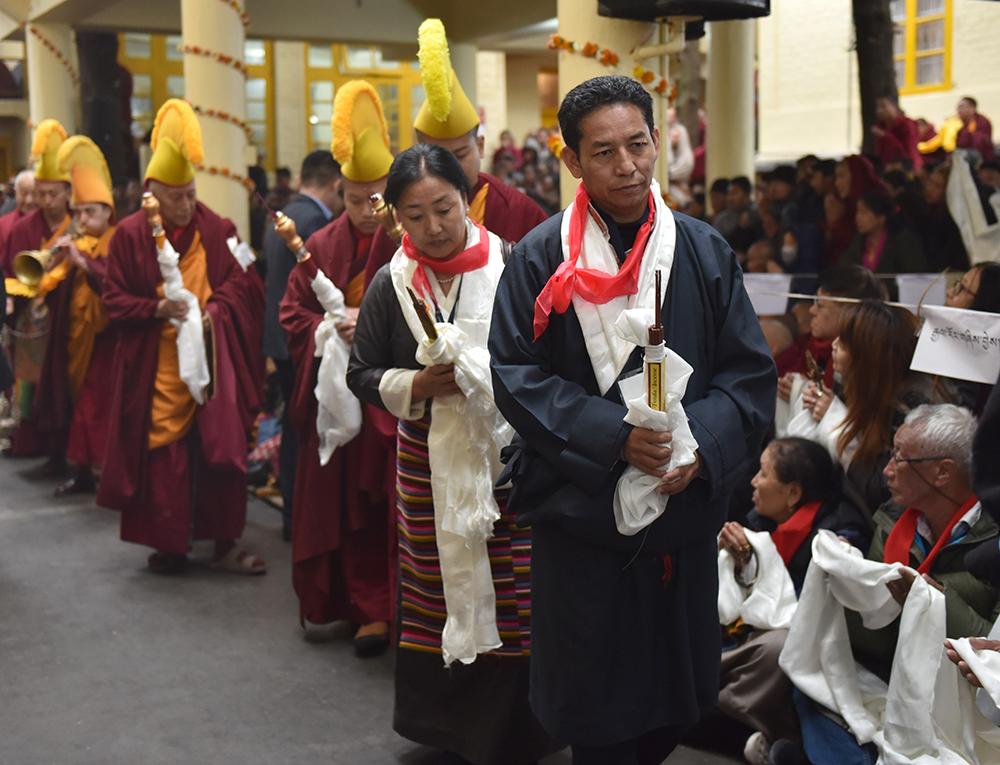 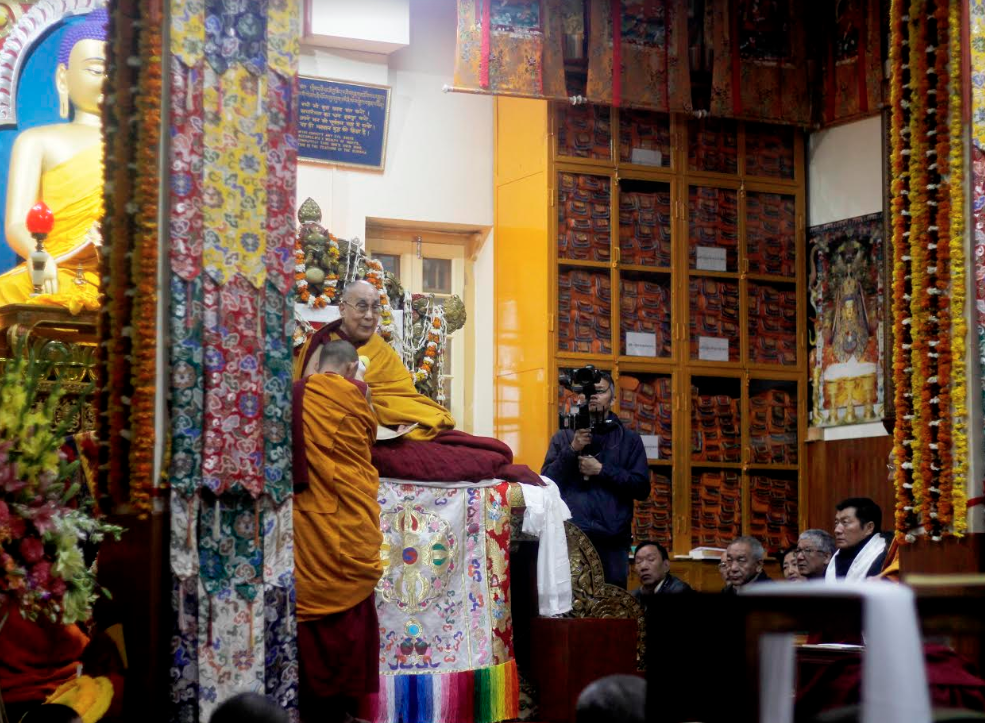 President of Central Tibetan Administration, Heads of the three pillars of Tibetan democracy, heads of the Autonomous bodies and Secretaries present at the Tenshug ceremony. Photo/Tenzin Jigme/CTA 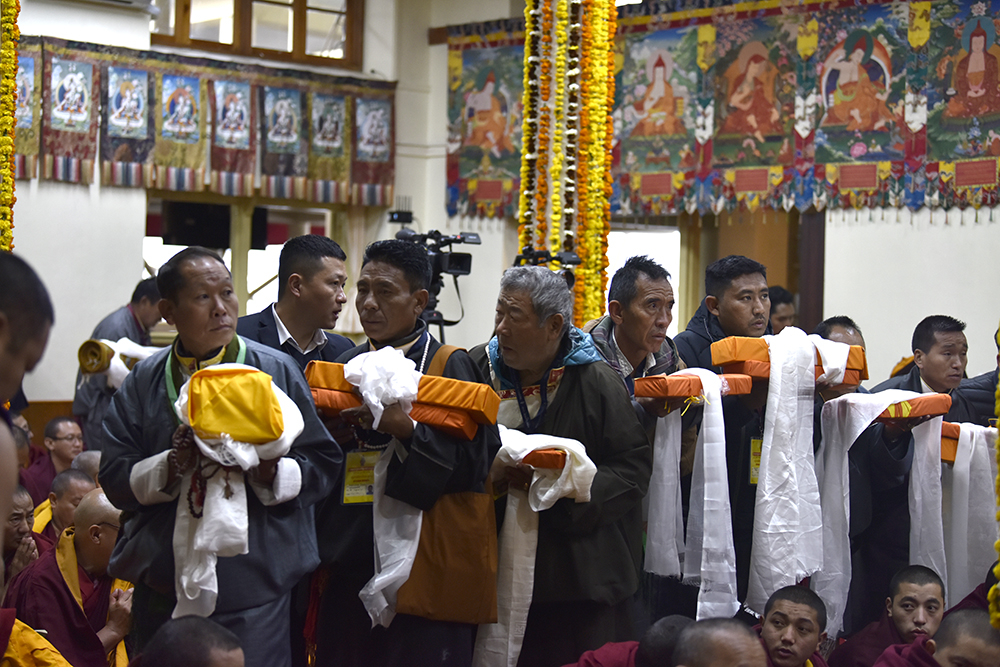 Members of the organisers in the offering procession passing before His Holiness the Dalai Lama. Photo/Tenzin Phende/CTA 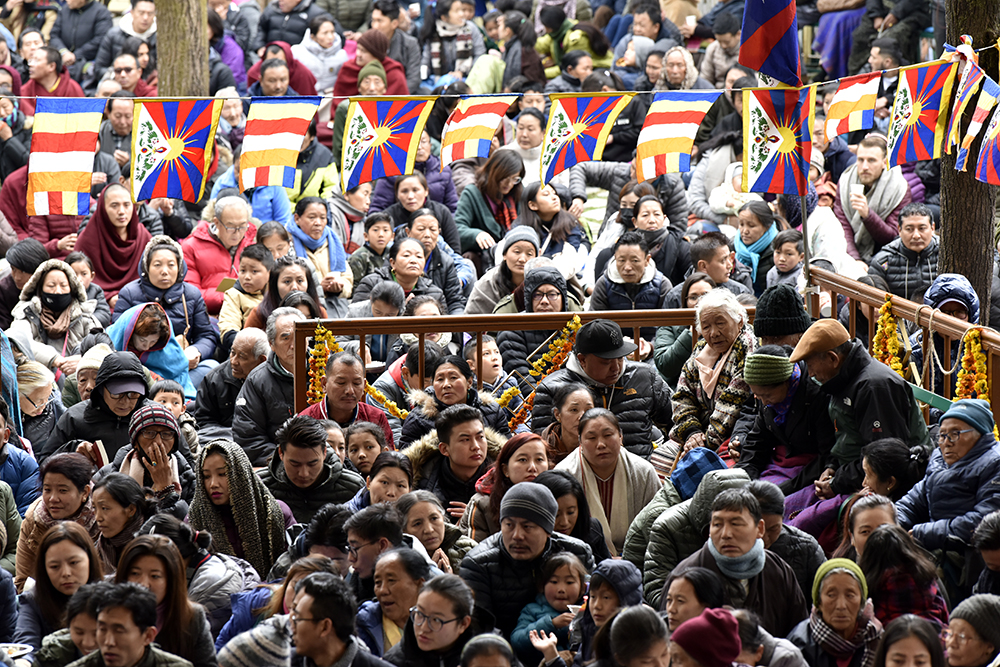