DHARAMSHALA: The Central Tibetan Administration is deeply worried about reports of looming tensions in Rebgong in north-eastern Tibet. A stand-off between armed security forces and the local Tibetans occurred during the funeral of a Tibetan farmer who died of self-immolation yesterday. 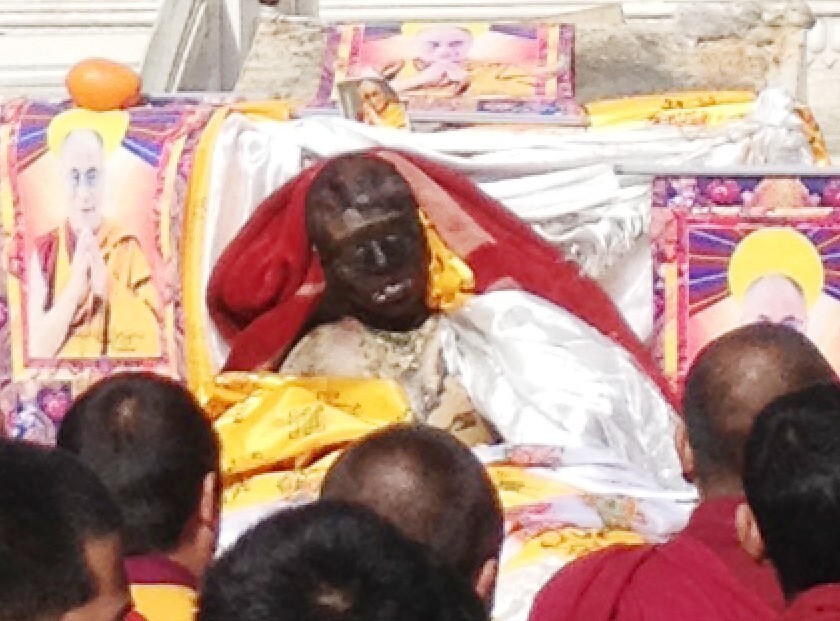 Tibetans who tried to put out the flame said he succumbed to fatal injuries on the spot. They said his stomach burst out and that he had tied a thin barb wire covered in cotton padding around the stomach.

Later, an unprecedented gathering of over 7,000 Tibetans including many from neighbouring areas, converged at his funeral at Dolma Ground in front of Rongbo monastery.

Convoys of armed police and paramilitary forces arrived at the site, resulting in confrontation with the Tibetans. The security forces, who withdrew after they were outnumbered by mourners, are still present in and around the monastery. Prayer rituals for the deceased monk are being carried out in Rongbo monastery.

Sonam Dhargyal was a close friend of Jamyang Palden, the monk of Rongbo monastery, who was critically injured after he self-immolated on 16 March. He is undergoing medical treatment at his room in Rongbo monastery. His condition worsened today with his vital nervous system not responding to medication.

The current situation remains grim in Rebgong from the last many months as a result of severe repressive measures imposed on both the lay and monastic communities. Large numbers of government officials are stationed across the region, particularly in monasteries and schools, to quell peaceful protests by Tibetans. Local government officials and students have been warned by higher authorities that they will be dismissed from their position and expelled from school respectively if demonstrations occur. There is also unprecedented restriction on the freedom of movement and gathering of Tibetans in the region.

The Central Tibetan Administration (CTA) is extremely concerned about well-being of Tibetans in Rebgong in view of further provocative measures from the authorities and security forces. “We hope the authorities in Qinghai, with its large Tibetan population, will demonstrate a more peaceful way of responding to these protests than what we have seen so far in Sichuan,” stated Dicki Chhoyang, Kalon for the Department of Information & International Relations of the Central Tibetan Administration.

The CTA reiterates its appeal to the Chinese leadership to end its repressive policies, and address the long-standing grievances of Tibetans through peaceful dialogue.

Since 2009, 30 Tibetans have so far set themselves on fire calling for freedom and the return of His Holiness the Dalai Lama to his homeland. 17 of these incidents occurred in this year alone. (Self-Immolations Fact Sheet)