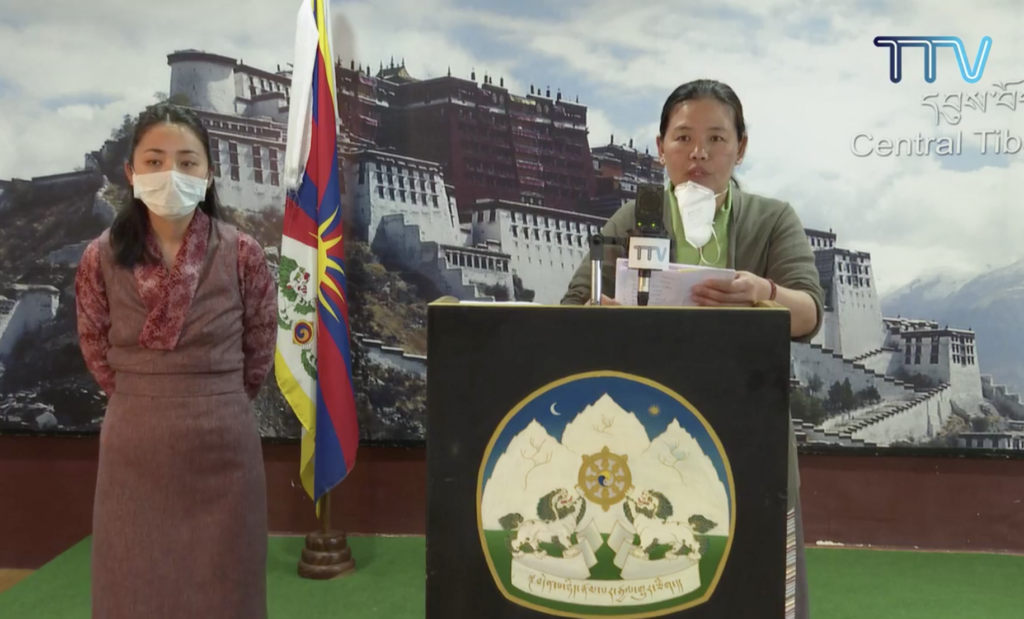 Dharamshala: The Central Tibetan Administration’s Task Force for the Wuhan-originated, COVID-19 pandemic addressed the press on last week on the status of active cases worldwide and particularly in the Tibetan community and the response measures being taken. Dr Tsering Tsamchoe and Dr Tenzin Namdon briefed the press conference.

As a precautionary measure to stay in quarantine for people who come from outside and also for those who are at higher risk has been carrying out. So with that Dr Tsamchoe said prior to 3 May, there were 27 people and now with the slight ease in the lockdown, the number has reached 147 across 13 settlements in India and 5 settlements in Nepal.

61 nurses and 16 drivers came forward to volunteer which is proving very helpful and later in case of emergency this could be very critical said Dr Tsamchoe.

She further added notices were issued to all Tibetan settlements regarding the complete sanitisation, and the timings will be accordingly notified by the DoHe.

After 3 May, the government of India categorized all the regions into three zones with Red, Orange and Green. Dr Namdon said, “since the inter-state permits have been allowed under certain conditions with e-permit, the infection risk will get higher so each person should be responsible to take all the precautionary measures”.

She advised people with diabetes, blood pressure, heart conditions, and kidney or lung diseases to take extra precaution as they are at higher risk of contraction.

Dr Tsamchoe urged those coming to Dharamshala from outside to inform the concerned staff of CTA or Dharamshala welfare officer as it poses a huge risk to the entire CTA.