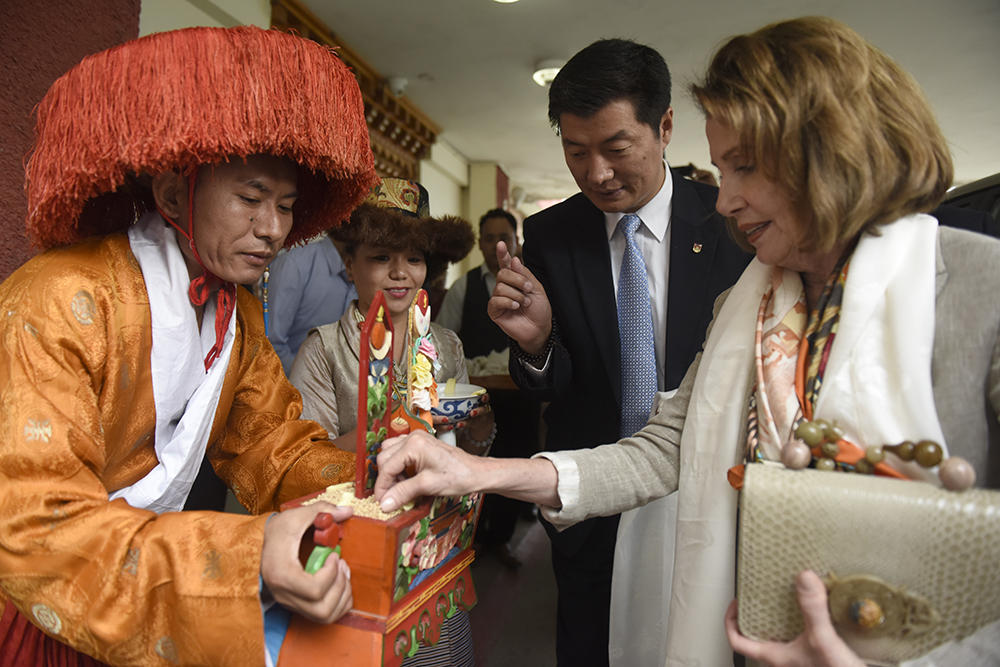 President Dr. Sangay welcomed the delegates and thanked Leader Pelosi for fulfilling the eight promises, two of which were to visit Tibet and Dharamsala.

Dr. Sangay spoke of Kashag’s five-fifty vision that draws upon His Holiness the Dalai Lama’s advice to ‘hope for the best and prepare for the worst,’ and calls for maximizing efforts to resolve the Tibet issue in five years based on the Middle Way Approach while ensuring CTA’s resilience to sustain the Tibetan freedom struggle and preserve Tibetan culture for the next fifty years if needed.

Leader Pelosi lauded the Kashag for providing outstanding leadership to Tibetan people and termed the exile Tibetan democracy as an “incredible democracy.”

While recalling her visit to Tibet in November 2015 along with six other member of the U.S. Congress, leader Pelosi explained how she had told the Chinese leaders that their assumption that things will die along with His Holiness’ death is a strategically flawed calculation because His Holiness will be stronger in death. She had also told the Chinese leaders that His Holiness is not a person but a phenomena. She further said His Holiness’ compassionate leadership reinforces the belief that “goodness of others will give us hope.”

Representative Jim McGovern lauded the courage of Leader Pelosi who during the delegation’s visit to Tibet and China, looked into the eye of the Chinese leaders and told them upfront that His Holiness the Dalai Lama has millions of admirers around the world and that we are here as a friend of His Holiness. 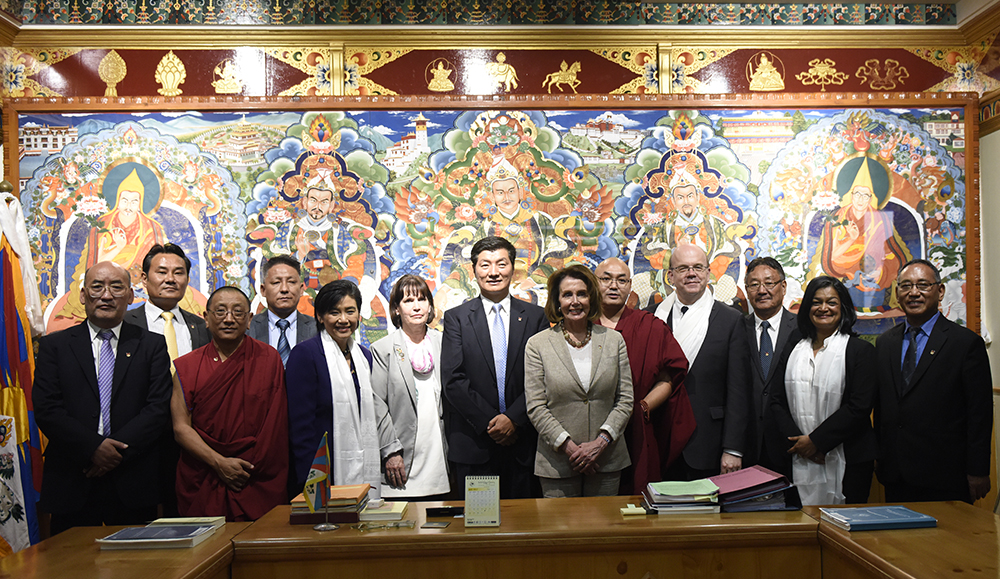 CODEL along with Speaker of TPIE and members of Kashag at Kashang meeting room. Photo/ Tenzin Phende/ DIIR

Leader Pelosi responded to Kashag’s five-fifty vision saying is premised on hope, optimism and success. Speaking on President Dr. Sangay’s leadership, Leader Pelosi said “President Dr. Sangay is a respected leader and a source of pride for all of us who care for Tibet.” She also added “his intellectual associated with United States given his years of academic training at Harvard makes the bond even more special.”

Representative Jim McGovern thanked the Kashag for good diligence under Dr. Sangay’s presidency in successfully steering the issue of Tibet.

Representative Judy Chu congratulated the Kashag for putting together an “incredible democracy.”

Representative Pramila Jayapal said that the leadership of CTA in this difficult time in Tibet’s history has helped carry forward the struggle with “love and generosity.” 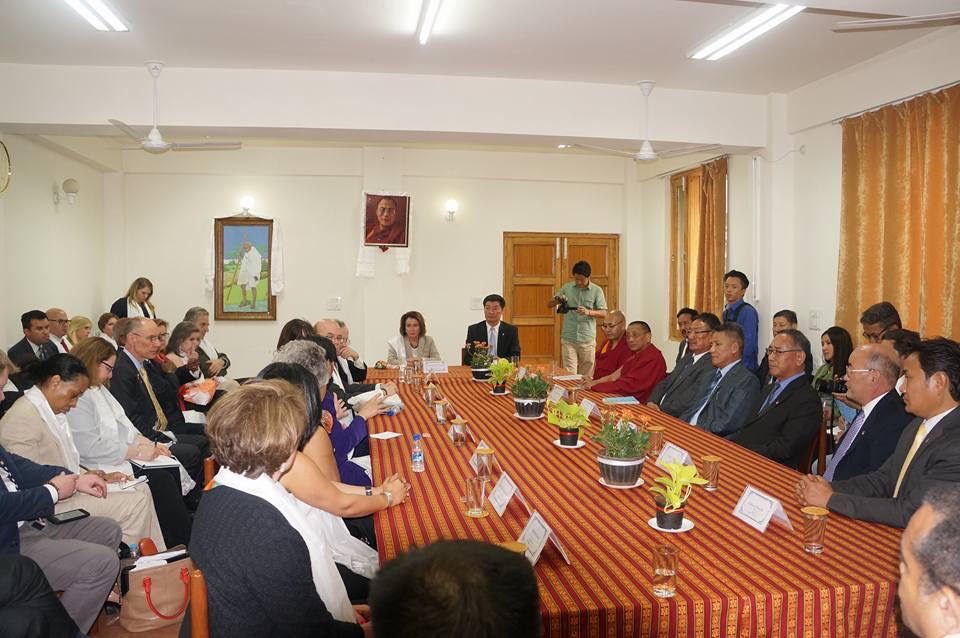 Members of Kashag at the meeting with US CODEL. Photo/Tenzin Phende/DIIR

Leader Pelosi thanked President Dr. Sangay for providing her with guidelines to ensure stronger congressional advocacy for Tibet. “Dr. Sangay told us to go to Tibet, visit Dharamsala and do hearings on Tibet. We will continue to seek your guidance,” she told Dr. Sangay. 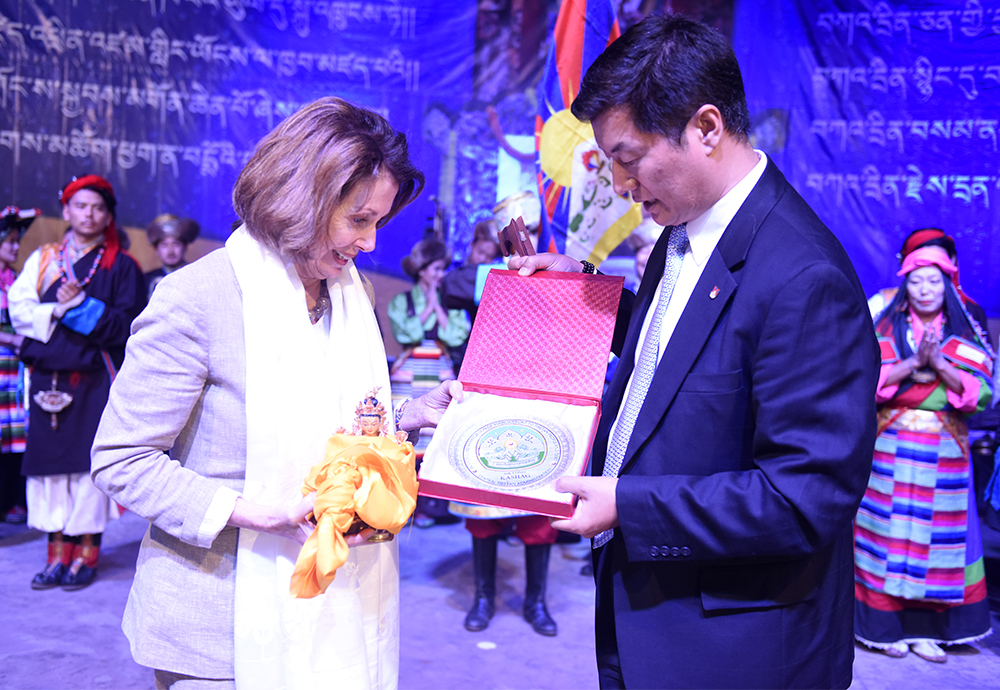