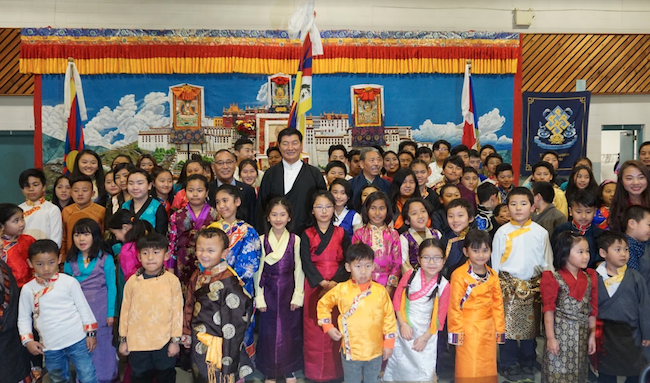 President Dr Sangay with young Tibetans during his meeting with Calgary Tibetans.

Calgary: On his final leg of tour in Canada, President Dr Lobsang Sangay arrived in Calgary yesterday afternoon and was warmly welcomed by the President and members of Tibetan Association of Alberta. He then headed to the hotel where he was interviewed by 660 News Calgary on the present situation in Tibet, His Holiness the Dalai Lama’s reincarnation and other related issues.

In the evening, President and Representative Ngodup Tsering, Office of Tibet, Washington DC addressed the Tibetan community of Alberta in Marlborough Community Center. Even though it was a weekday, about five hundred Tibetans came to hear the CTA President, clad in colorful traditional attires.

Since Calgary is the residence of majority of one thousand resettlement project beneficiaries from Arunachal Pradesh, President reminded them that because of the leadership of His Holiness the Dalai Lama, the Central Tibetan Administration and particularly Jason Kenney, former Minister for Citizenship, Immigration and Multiculturalism of Canada, Tibetan people of Arunachal Pradesh have been granted the opportunity to immigrate to Canada.

Dr. Sangay hoped that the newcomers from Arunachal Pradesh are aware of the reasons why they are resettled in Canada and therefore, integrate well with the larger Tibetan community in Calgary and take active participation in the activities of Tibetan Association Alberta inthe preservation of Tibetan culture and maintaining unity among the Tibetan community.

He spoke about his recent talk at the University of Toronto where some Chinese students protested and asked series of Tibet related questions and after listening to his answers the students acknowledged him with applause.

He urged the Tibetans in the diaspora, especially the younger generation to study the Tibet-China history and reach out to Chinese brothers and sisters who have been misinformed under the propaganda of Chinese Government. “Create awareness and inform them about the facts,” he said.

Representative Ngodup Tsering reminded the audience of three most unforgettable things for the Tibetans: “Not to forget one’s identity as a Tibetan, not to forget the gratitude of Central Tibetan Administration and not to forget blessings of His Holiness the Dalai Lama.”

He added that Tibetan parents should ensure that their children learn Tibetan language and speak in Tibetan in their homes.

CTA President has arrived in New York today and will address the Tibetan Community tomorrow. 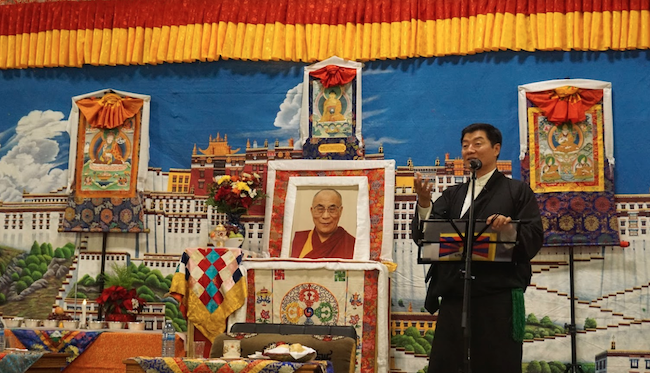 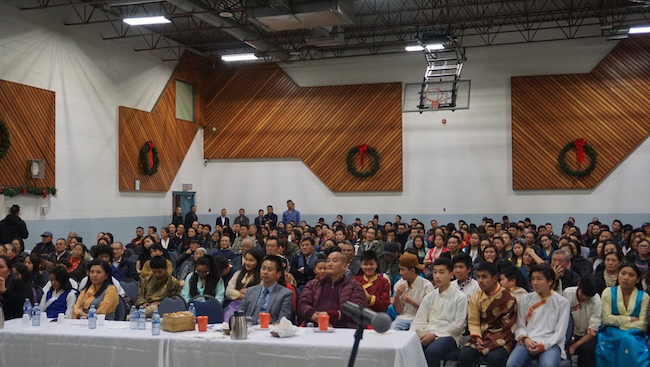 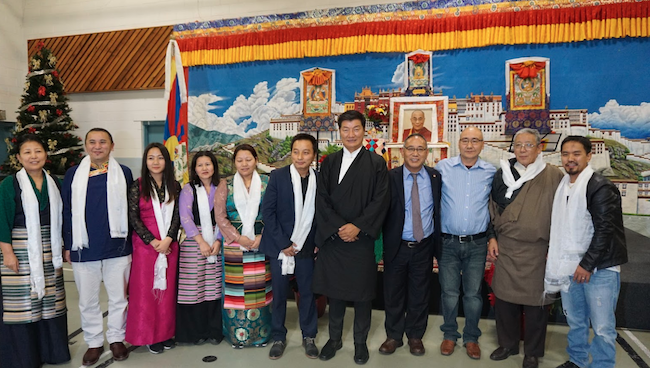 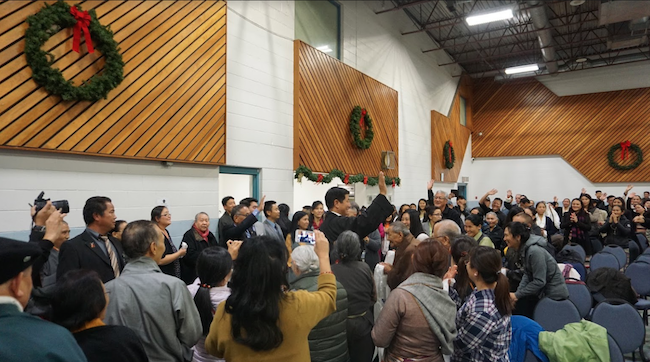 President Dr Sangay greeting Calgary Tibetans at the conclusion of his talk.