CTA President Touches down in Australia, Speaks on Tibet at Sydney Opera House 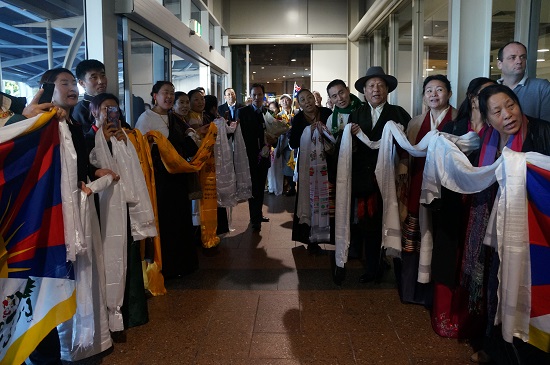 Dharamshala, August 05: The President of the Central Tibetan Administration Dr Lobsang Sangay, arrived in Australia for a tri-city official engagement in Sydney, Canberra and Melbourne on Saturday morning.

Around 300 Tibetans in Australia led by Representative Lhakpa Tshoko and President of Australian Tibetan Community, have come to welcome the CTA’s President along with Chinese supporters and Australian Tibet supporters. Adorned in their traditional attire with Khatag in their hands, Tibetans, young and old, expressed joy as they welcome Dr Lobsang Sangay at the airport.

President Dr Sangay began his official engagement with a day-long hectic schedule starting with a luncheon meeting with International commission of Jurists (ICJ) presided over by John Dowd, the president of the ICJ Australia at Grace Hotel, Sydney.

Speaking at the meeting where 30 legal experts gathered, Dr Sangay talked about Tibet’s past, present and the Middle Way Approach policy of the Central Tibetan Administration as the way forward in resolving the vexed issue of Tibet with China.

Dr Sangay said people of the free world have “moral responsibility” to support the issue of Tibet and called the legal experts gathered during the meeting to support for the Tibet issue. The President also took questions from the audience after his speech.

Immediately following the meeting, Dr Sangay met Exodus foundation of Rev Bill Crews, a long time friend of Dalai Lama and supporter of Tibet before heading to Sydney Opera House, where he spoke on ‘Tibet in the 21st century – political, environmental, economic and cultural challenges.’

Speaking of the genesis of Tibetan self-immolation protests that number into nearly a hundred and fifty, Dr Sangay said this is the “last resort Tibetans are left with, in the face of growing repression from China.”

“If Tibetans continue to peacefully protest against China’s misrule in Tibet, it results in imprisonment and torture which eventually leads to a slow death. Or if they continue to live under the present rule, it is unbearable. Hence, the Tibetans (who self-immolated) are left with no options but to choose such extreme measure,” the President said of the ‘genesis’ of the self-immolation protests by Tibetans.

The talk lasted for about an hour and a half followed by a question and answer session with the audience. The talk at the Sydney opera House was sold out.

Dr Sangay will be in Australia until next week during which he will have speaking engagements, meeting with Chinese scholars and members of the press among others. The official visit to Australia is Dr Sangay’s second in his capacity as the President of CTA since being elected for a second term. 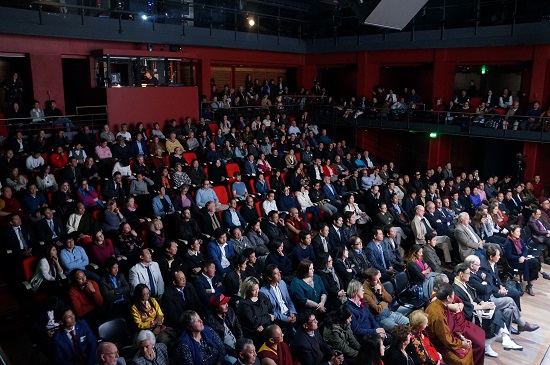 The audience at President Dr Lobsang Sangay’s talk at the Sydney Opera House. 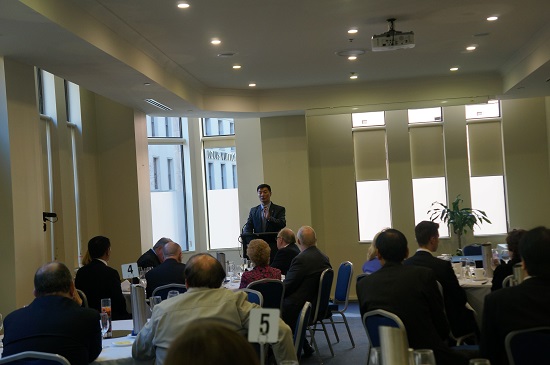 President Dr Lobsang Sangay speaking at the luncheon meeting with International commission of Jurists (ICJ) presided over by John Dowd, president of the ICJ Australia at Grace Hotel, Sydney