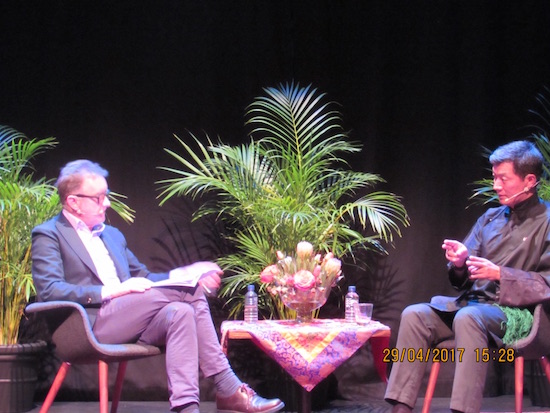 Sikyong being interviewed by Paul Barclay of ABC.

BRISBANE: The President of Central Tibetan Administration Dr Lobsang Sangay gave a public address to the local Tibetan community in Brisbane on the second day of his ongoing visit to the city. The public address was attended by former political prisoners of Tibet (who have immigrated to Australia under a special humanitarian program) and representatives of local Tibetan associations and members of the Tibetan community.

Addressing the gathering of Tibetan community, Sikyong touched upon various issues relating to Tibetan struggle including the importance of unity and preserving the rich Tibetan language and culture as advised by His Holiness the Dalai Lama.

Sikyong also explained the 15th Kashag’s five-fifty vision that draws upon His Holiness the Dalai Lama’s advice to ‘hope for the best and prepare for the worst,’ and called for maximising efforts to resolve the Tibet issue in five years based on the Middle Way Approach while ensuring CTA’s resilience to sustain the Tibetan freedom struggle and preserve Tibetan culture for the next fifty years if needed.

In the evening at the 9th Festival of Tibet, Dr. Sangay spoke about his vision for Tibet with Paul Barclay under the title “In Conversation With Paul Barclay”. The conversation lasted for about one and a half hour followed by Q&A. This event will be aired on ABC National Radio a week later. Mr. Paul Barclay, presenter and series producer of Big Ideas on ABC Radio is a Walkley Award winner journalist and broadcaster who have produced countless stories over more than twenty years for an array of programs virtually on all ABC radio networks.

Earlier in the day, Sikyong met with students from Mainland China, Taiwan and Australia and  interacted with them by exchanging views and thoughts about Tibet and China. Sikyong spoke about Tibet China relation, both past and present. He explained them the reasons why Tibet was never a part of China, current situation in Tibet and gave them information about the Cultural Revolution when Tibet’s sacred monasteries were demolished; sacred Buddhist literatures burned, captured monks and nuns and tortured them.

He also touched on China’s policy on population transfer of Han Chinese; how they affected Tibetans to become secondary citizens in their own country. Dr. Sangay also spoke and explained the Middle Way Policy initiated by His Holiness that seeks genuine autonomy within the constitutional framework of China through meaningful dialogue.

Sikyong along with Representative Lhakpa Tshoko will visit Auckland, New Zealand for four days tour including visit to Dunedin and Wellington from tomorrow. 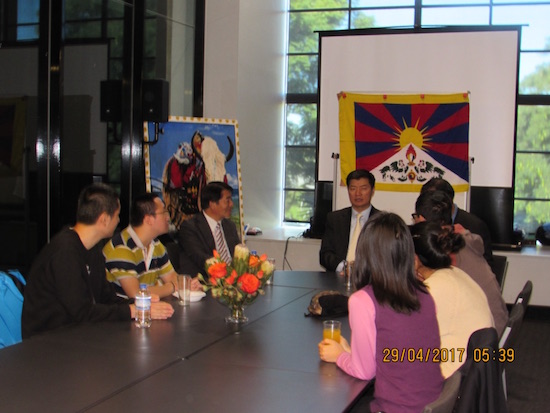 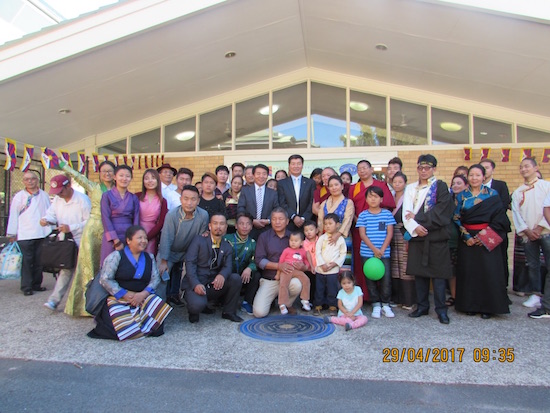 Sikyong with the members of the Tibetan community in Brisbane. 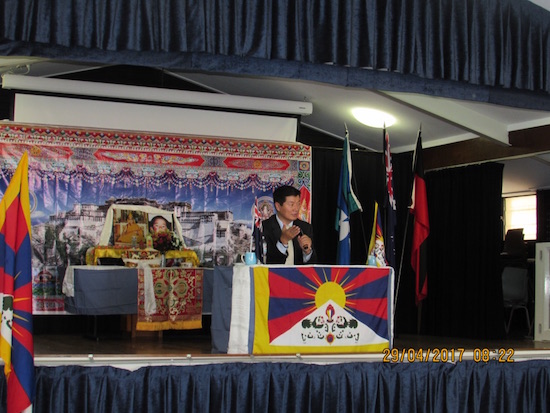