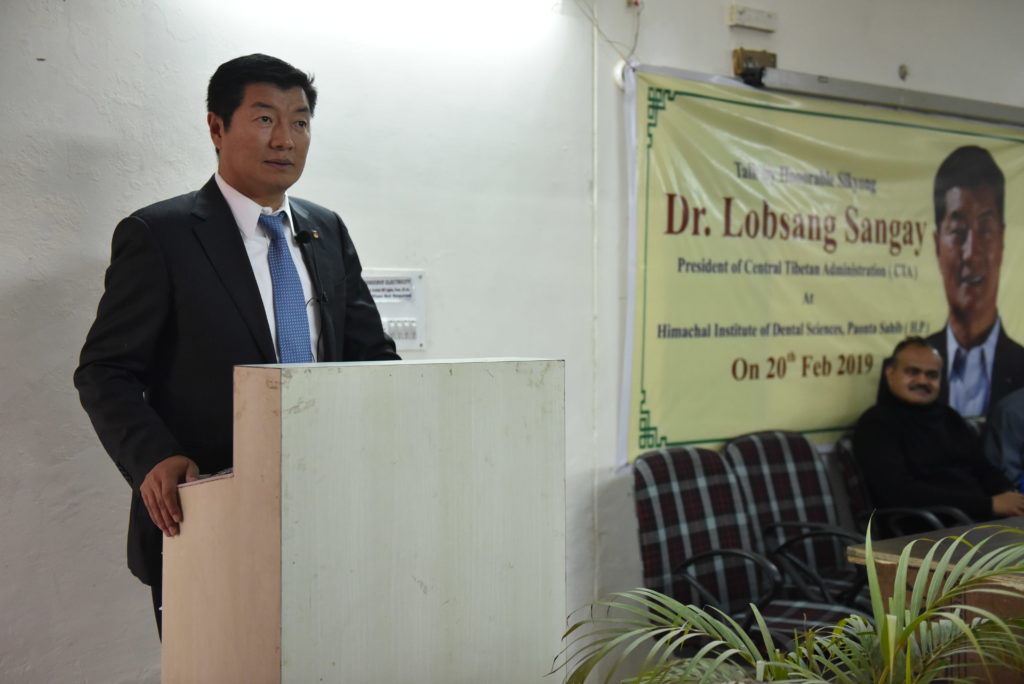 Around 100 people including Paonta Tibetan Settlement Officer and representative of settlement, faculties, and students were present at the talk. He was accompanied by Director Gaurav Gupta and Principal Rajan Gupta on the dais.

President Dr Sangay began his talk by thanking the Institute for inviting him.

He reiterated that His Holiness the Dalai Lama calls himself the son of India everywhere he goes and that Tibetans also share the same sentiments.

He stressed that Tibetans are grateful to the People and Government of Himachal Pradesh.

He further spoke about his journey from a remote corner of Darjeeling in northeast India, to Harvard University and then to Central Tibetan Administration as the political leader of the Tibetan people.

Drawing from his experiences, he emphasised the importance of developing self-confidence, interpersonal skills, positive attitude, and determination, to be a successful leader.

The talk was followed by a question and answer session from the students. 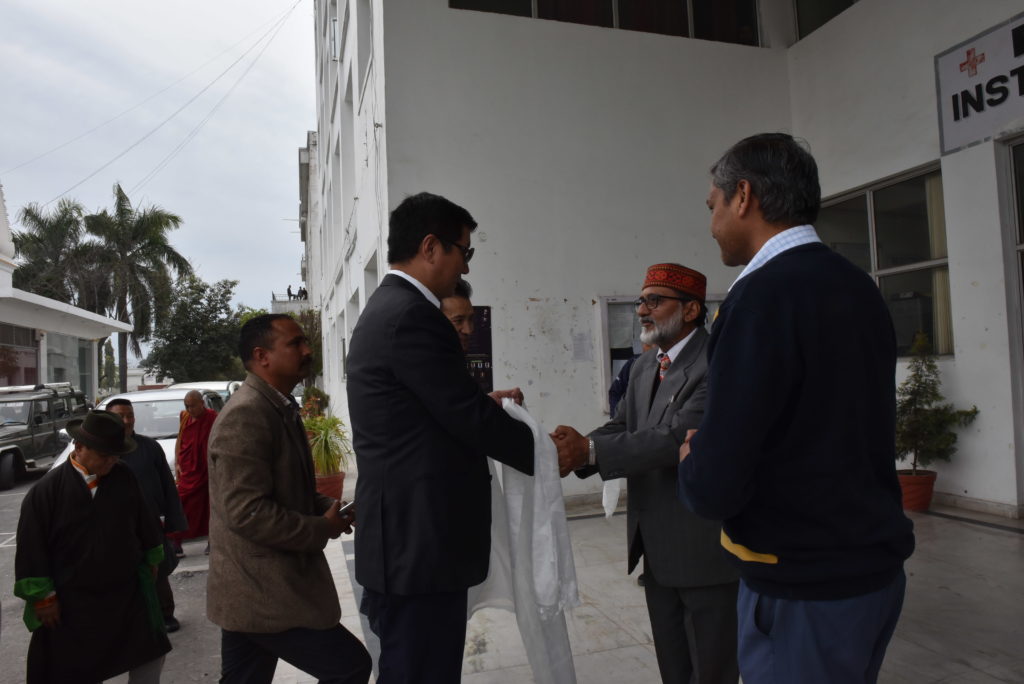 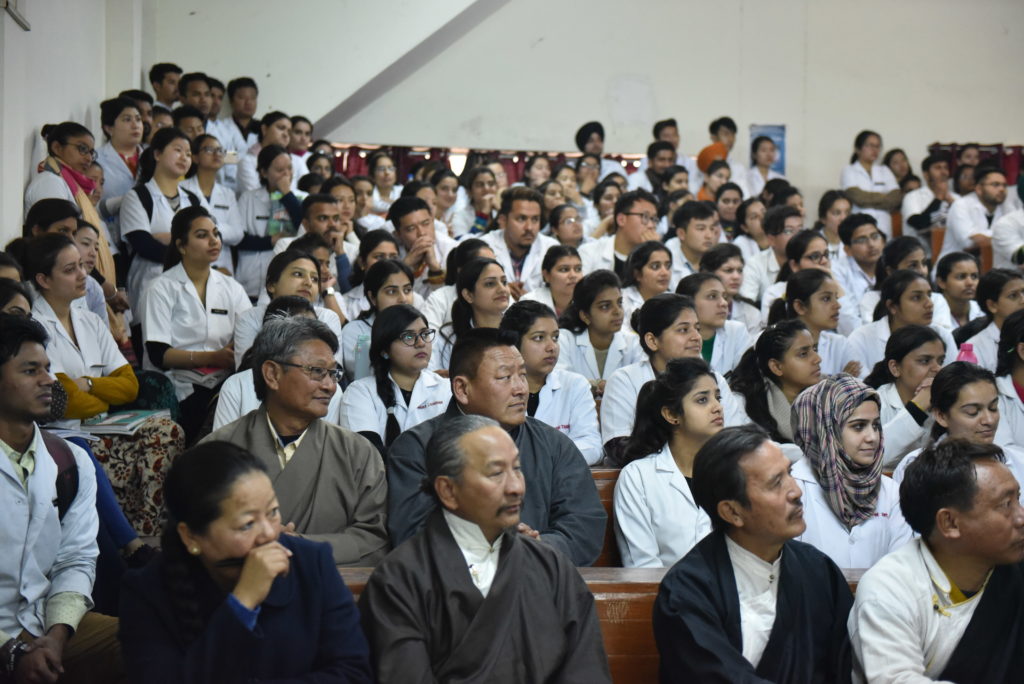 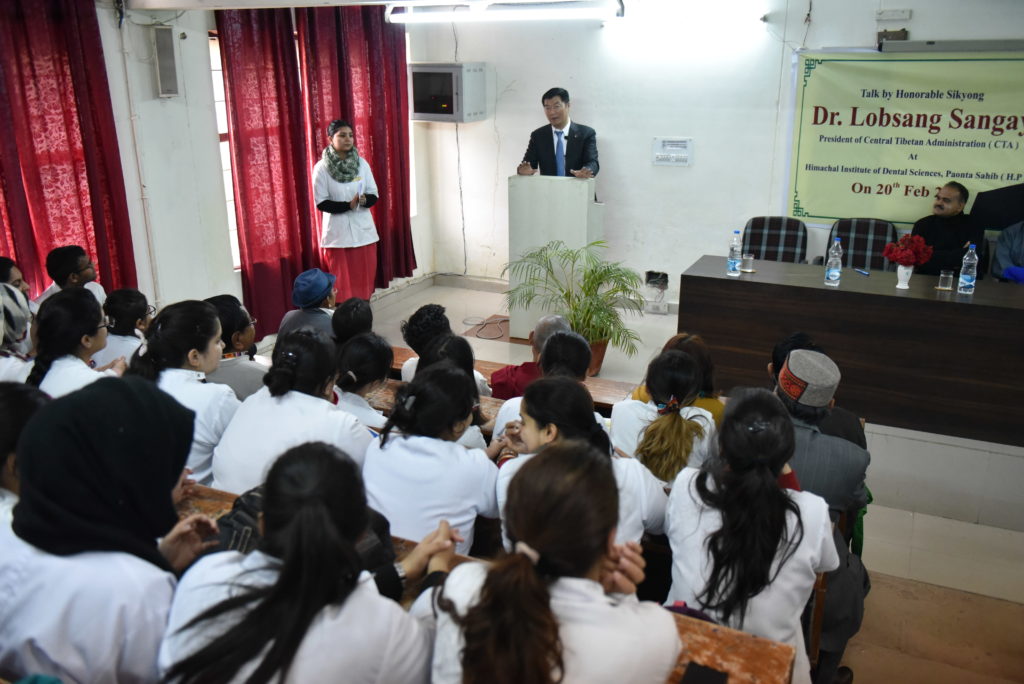