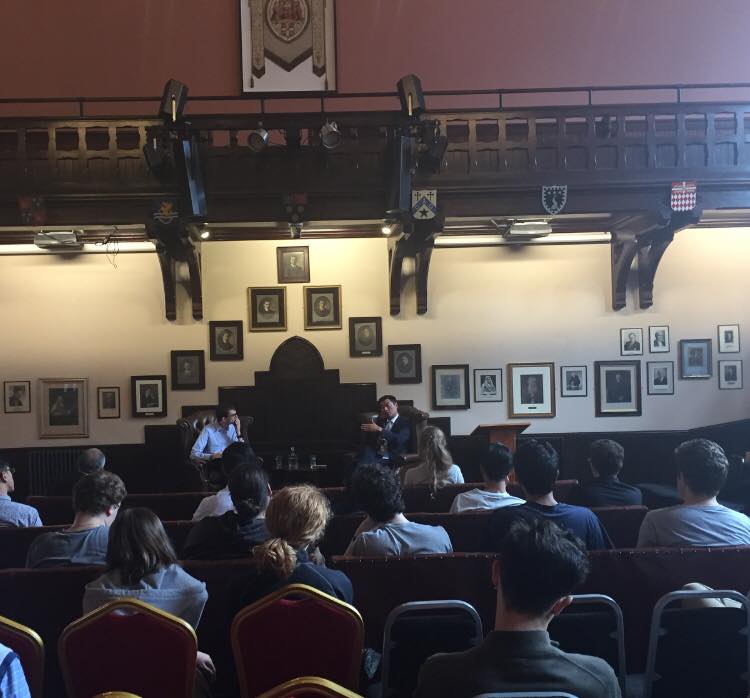 London: Arriving at London Heathrow airport on 17th June evening, Sikyong Dr Lobsang Sangay was received at the airport by Representative Mr Sonam T Frasi and the Tibetan community. Sikyong started his program with his talk today at the prestigious Cambridge Union – the oldest debating society in the world and the largest student society in Cambridge.

The Cambridge Union website remarks: ‘In the past the Society has hosted such great figures as Winston Churchill, Theodore Roosevelt and the current Dalai Lama, and it continues to provide Cambridge students with the opportunity to meet and question the people that shape our world.’

Speaking on The future of Tibet – its importance to Asia and the world the Sikyong dealt with the subject from four different angles: Tibet’s importance ideologically, environmentally, geopolitically & spiritually. He mentioned that the rise of nationalism together with economic growth has fuelled an arms race in Asia, and reasoned that if the arms were to be used in future, Tibet due to its strategic location between two Asian giants, could be a potential flashpoint. Referencing from scientific findings and research, the Sikyong mentioned that the permafrost thawing in Tibet, also referred to as ‘Third Pole’ (home to largest store of fresh water outside Artic and Antartic), could exacerbate global warming by releasing methane and other hydrocarbons into the atmosphere. He stressed home the importance of studying Tibet’s environment to fully understand global warming and climate change. On the spiritual front, he touched on Mindfulness – a topic of great interest in the West – and noted that the Buddha’s teachings and the commentaries on his teachings encompass the subject in its entirety and has huge potential to benefit mankind.

In concluding his talk, the Sikyong referred to the Middle Way Approach as the pragmatic solution to the Tibet issue, reasoning that this solution would help alleviate the ongoing repression and suffering of the Tibetans inside Tibet, while not seeking total independence and separation from the People’s Republic of China. He further explained that the genuine autonomy that the exile administration seeks is already guaranteed in the Chinese constitution.

His talk was followed by an interactive question and answer session, where questions ranged from the set-up of the Tibetan exile administration, the role of His Holiness the Dalai Lama in the Tibet movement, to questions about the challenges the Sikyong faces especially on his political activities and how the West can help the Tibet issue. In his replies to the queries the Sikyong mentioned about the robust democracy that was being practiced in exile, about how through foresight and vision His Holiness the 14th Dalai Lama separated the church and the state wherein the Sikyong handles all political responsibilities, about the literacy rate of Tibetan exile population which stands at a staggering 94%. The Sikyong pointed to attempts by Chinese authorities at reaching out to political leaders in the countries he visits, and asking them to refrain from meeting with him as one of many challenges that he faced on regular basis. He cited the most recent example of Lithuania – where the Chinese Embassy raised objection to one Lithuanian Parliamentarian hosting the Sikyong in the Seimas of the Republic of Lithuania in early May.

Over the next few days in the UK, the Sikyong will be holding several meetings and will also be giving media interviews. He will be visiting Scotland next week for three days program. This will be his first-ever visit to Scotland. He is also scheduled to speak at the meetings of the Cross Party Group for Tibet in Scottish Parliament, and All Party Group for Tibet in UK Parliament. 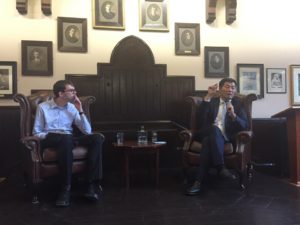 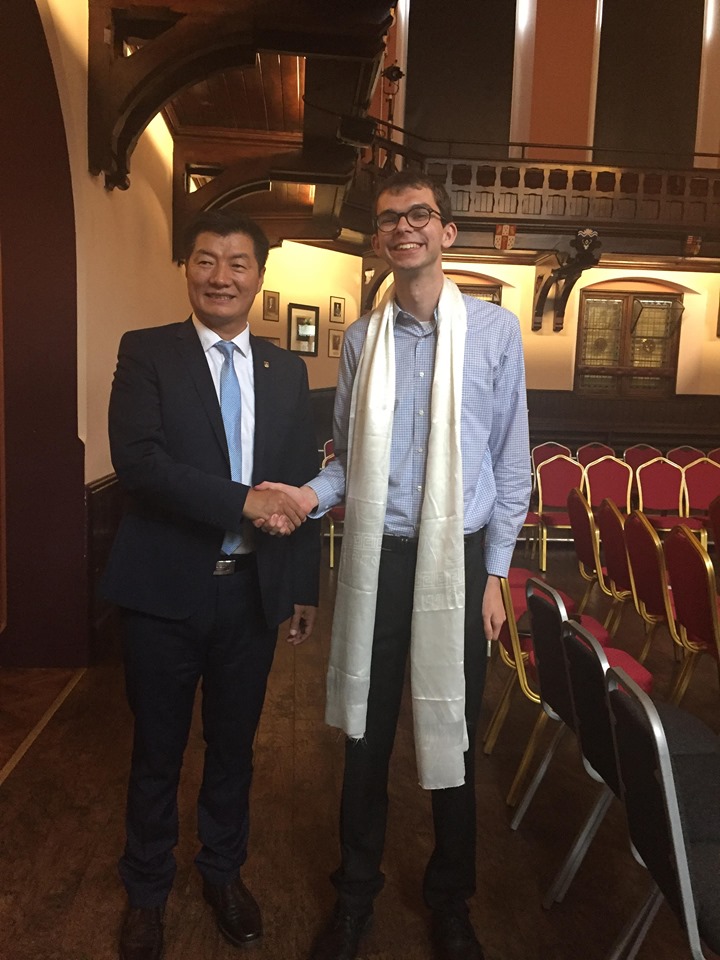 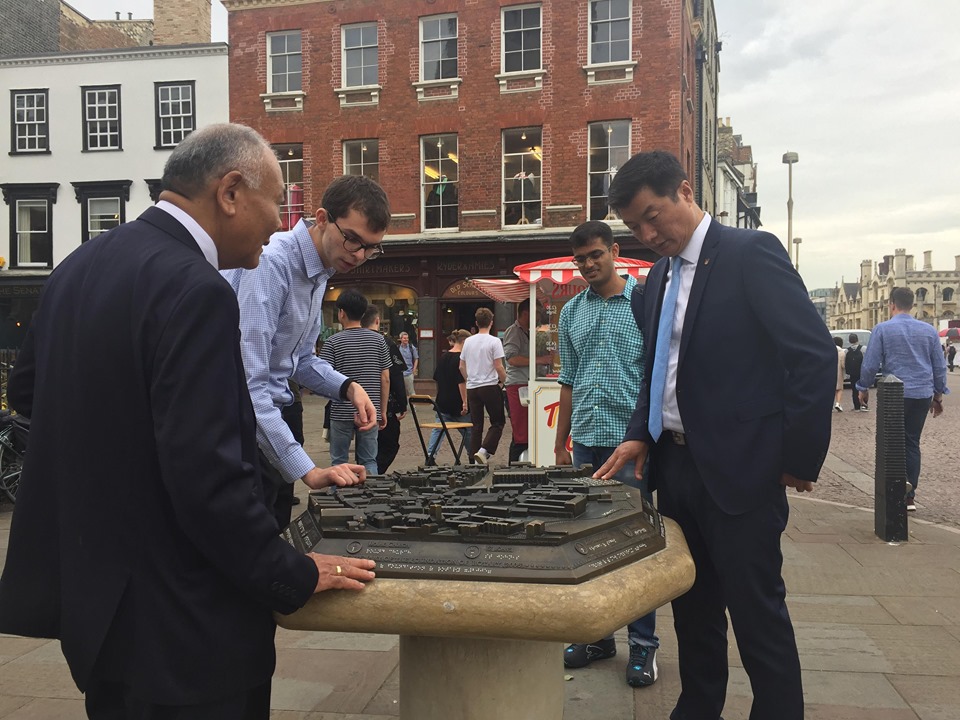 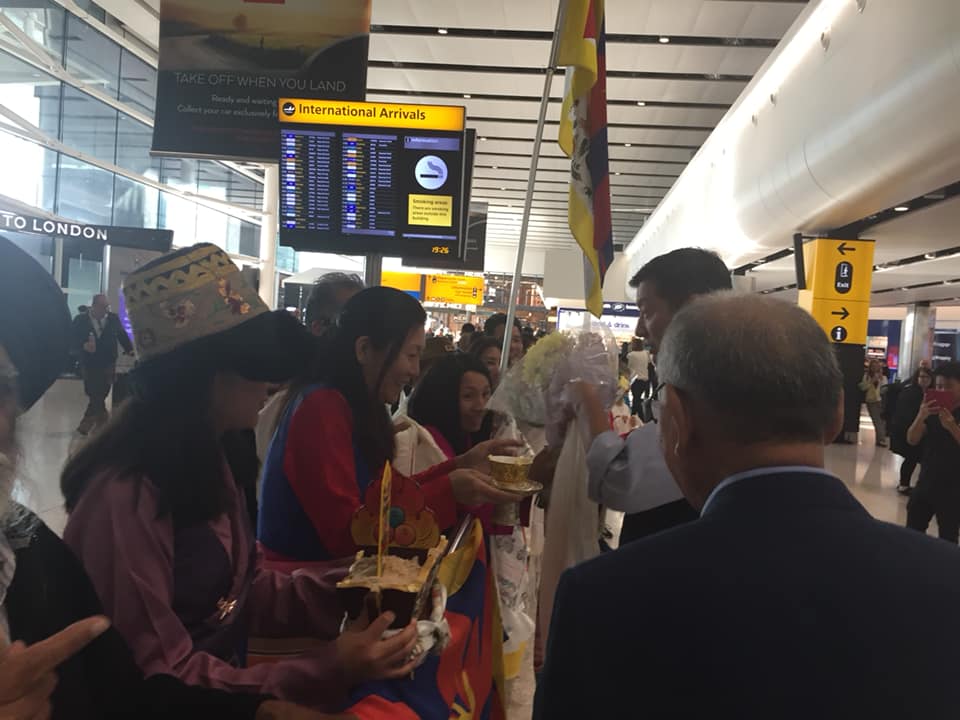