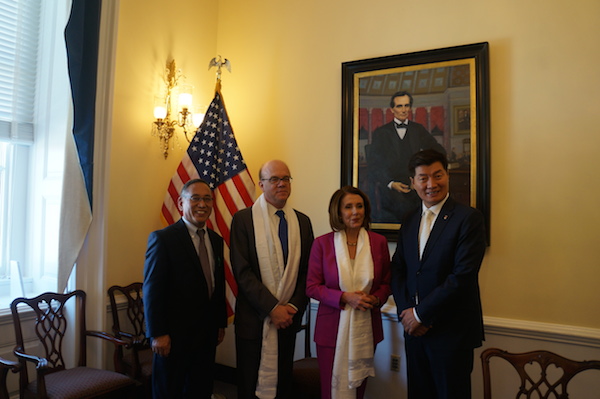 WASHINGTON DC: CTA President Dr Lobsang Sangay and Representative Ngodup Tsering of OOT Washington DC called on Leader Nancy Pelosi and Congressman Jim McGovern, Co-Chair of Tom Lantos Human Rights Commission at the Capitol Building in Washington DC on 12 April. Dr Sangay briefed them about his meetings in Washington DC and discussed ways in which the Tibetan movement could be strengthened.

The President thanked the members of congress for supporting Tibet cause in general and particularly for approving funding for Tibetan projects and programs where there is an additional funding of $3 million to strengthen the capacity of Tibetan institutions and governance in exile.

He urged them to raise the issue concerning the appointment of Special Coordinator for Tibet; Reciprocal Access to Tibet bill (H.R. no 1872; Senate resolution 429) which supports human rights and religious freedom for Tibet; and the concurrent resolution 89 expressing the sense of congress with respect to US policy towards Tibet.

Dr Sangay and Representative Ngodup Tsering also had a closed door high-level meeting with influential people in DC and discussed how the Tibet issue fits into the larger Indo-Pacific strategy of geo-politics, culture and environment.

Earlier in the morning, Dr Sangay was interviewed at Washington Post followed by an interview at RFA. 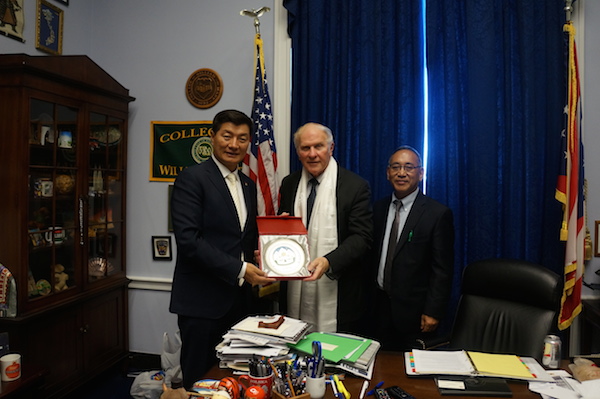 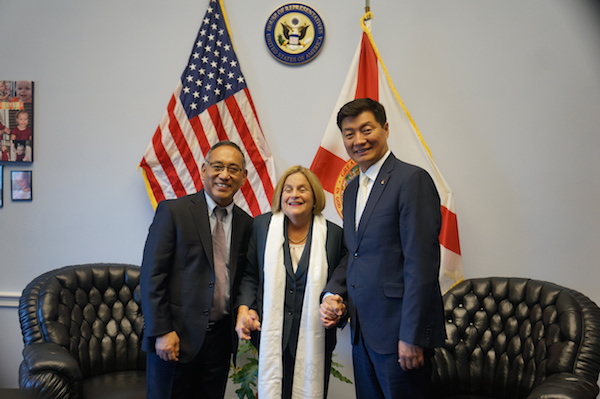