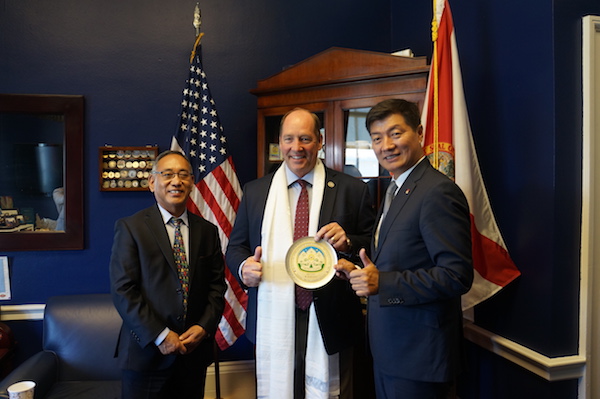 Dr Sangay urged the Congressman to support the speedy appointment of Special Coordinator for Tibet and also support the passage of the bill on Reciprocal Access to Tibet. Both leaders shared their views and thoughts on the critical situation of Tibet and also about the growing influence of China in the international arena. Dr Sangay emphasised how Tibet issue and the Buddhist factor fits in the larger Indo-Pacific strategy geo-politically, culturally and environmentally. The Congressman assured his continuous support and said he is looking forward to working together to resolve the Tibet issue.

Earlier in the day, the President participated in a Conference titled “Tibet Strategy in the Context of China’s Wider Ambitions” organised by National Endowment for Democracy (NED).

Dr Sangay spoke on “Tibet in a Changing International Context” and shared his views on the critical situation of Tibet and also about the growing influence of Chinese power in the international arena. Around 30 experts and scholars participated in the conference, sharing their expertise and thoughts. 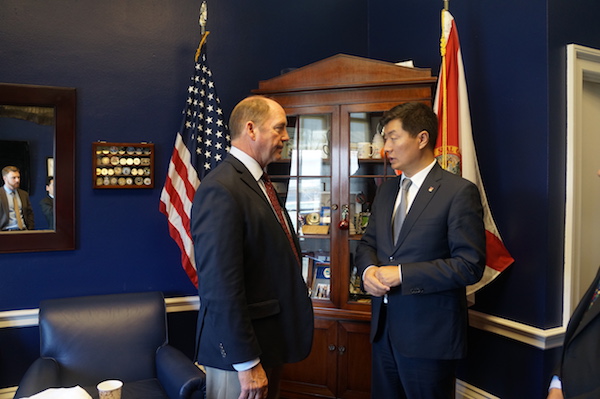