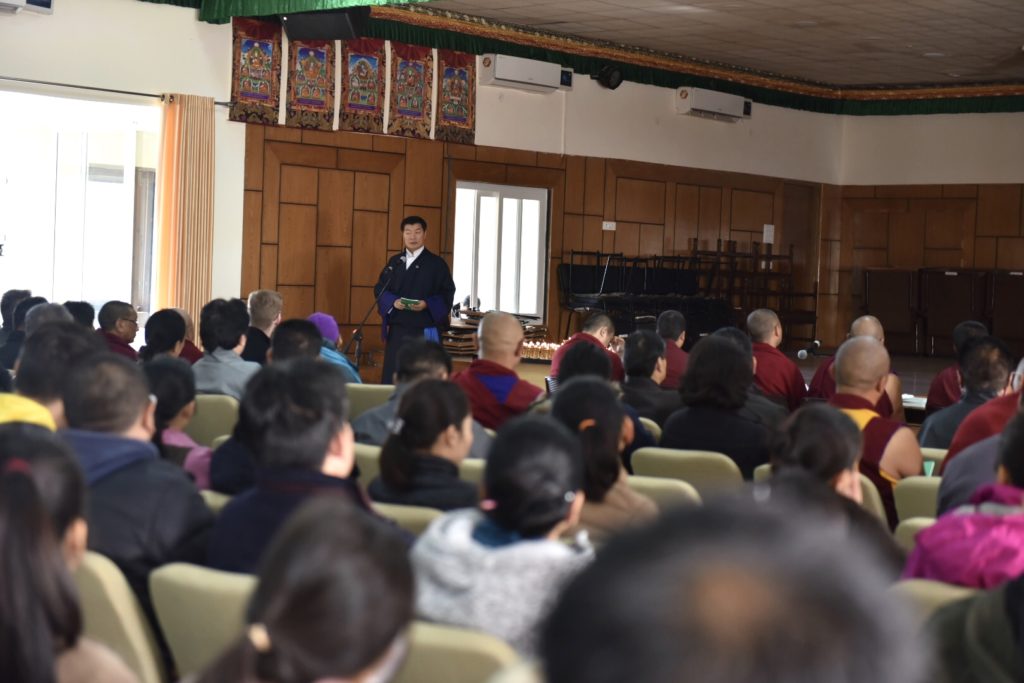 Sikyong addressing the gathering on the occasion of the prayer service in memory of the demonstrators of the 1989 protests. Photo/ Tenzin Phende/ CTA

Dharamshala: The Department of Religion and Culture, CTA, held the annual prayer service today in memory of the Tibetan martyrs who protested against China’s illegal occupation of Tibet and the oppressive policies of the Chinese authorities on March 8, 1989.

The hour-long programme was presided over by the CTA President Sikyong Dr Lobsang Sangay, chief guest, Hon. Frantisek Kopriva, the vice-chairperson of Committee for European affairs of the Chamber of Deputiesa and founding member and co-chairperson of Czech Parliamentary Group for Tibet, and special guest, Dana Balcarova, the chairwoman of the committee of the environment of the chamber of deputies and founding member of the Czech Parliamentary group for Tibet, Chief Justice Commissioner, Deputy Speaker and members of the Tibetan Parliament, Kalons of all the Departments and CTA staff.

Sikyong in his address, highlighted the significance of this day,” From 8-10 March, in 1989, Tibetans around Lhasa led peaceful protests that ended up in the imprisonment and deaths of thousands of these protestors by Chinese authorities. Since the Chinese occupation of Tibet in 1949, around a million Tibetans have been killed as a result and continue to do so under the oppressive rule. We pray that they are reborn in the snow-land of Tibet as Tibetans in their next lives.”

He also expressed his concern for Tibetans inside Tibet who are dealing with the coronavirus crisis, “The epidemic disease originating from Wuhan, China has spread to the rest of the world and the number of Tibetans affected by it are not known to us due to censorship by the Chinese government. It is believed that many Tibetans have been affected. I sincerely wish that all those affected recovers soon.”

He welcomed the chief guests, Hon Frantisek Kopriva and Dana Balcarova by giving them a standing ovation and a round of applause for coming all the way to Dharamshala from the Czech Republic to render their support to the cause of Tibet by founding the Tibet support group in their parliament and for gracing the Tibetan Uprising Day programme with their presence.

Sikyong recalled the enduring support of the Czech Republic which has always had strong ties with Tibet as former Czech and Czechoslovak president Václav Havel was a strong supporter and admirer of His Holiness the Dalai Lama and had even invited him to Forum 2000 conferences, which Havel helped found, paving the way for other heads of nations to follow. He shared that the Czech Republic has the honour of being the first country to hoist the Tibetan flag on the Tibetan Uprising Day, while this year other countries like France and Germany are doing the same on the occasion. Sikyong added that he had been to Prague and received at the Parliament there several times. He concluded by expressing his gratitude on behalf of the CTA and the Tibetan community, to the Czech Republic for always being the “no. 1 supporter of Tibet”. 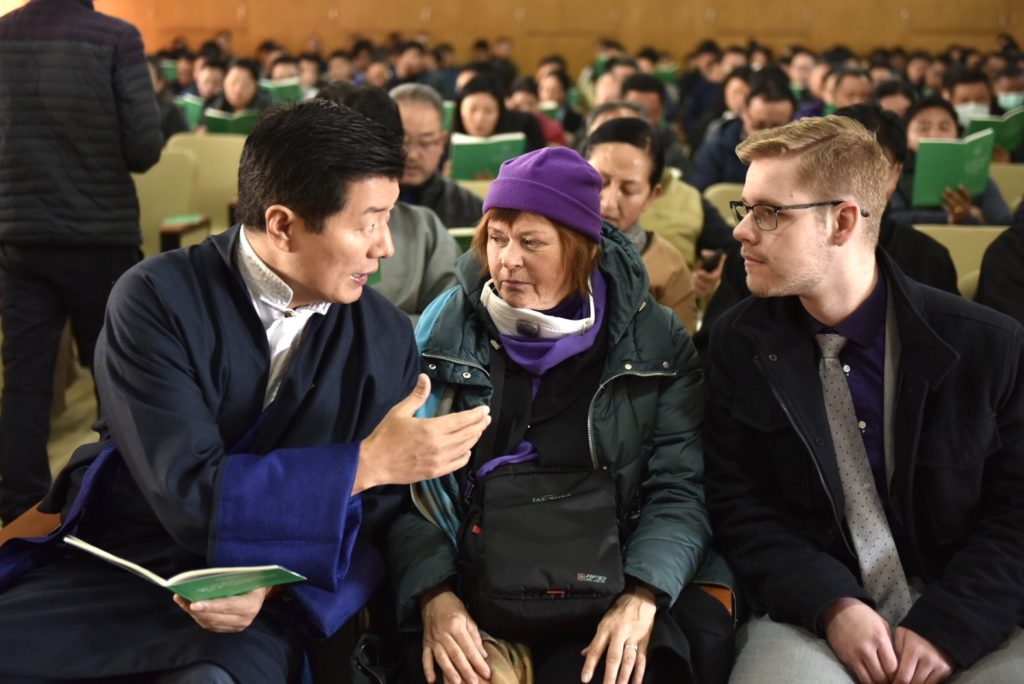 Sikyong with the chief guest, Hon. Frantisek Kopriva, the vice-chairperson of Committee for European affairs of the Chamber of Deputiesa and founding member and co-chairperson of Czech Parliamentary Group for Tibet, and special guest, Dana Balcarova, the chairwoman of the committee of the environment of the chamber of deputies and founding member of the Czech Parliamentary group for Tibet at the event. Photo/ Tenzin Phende/ CTA 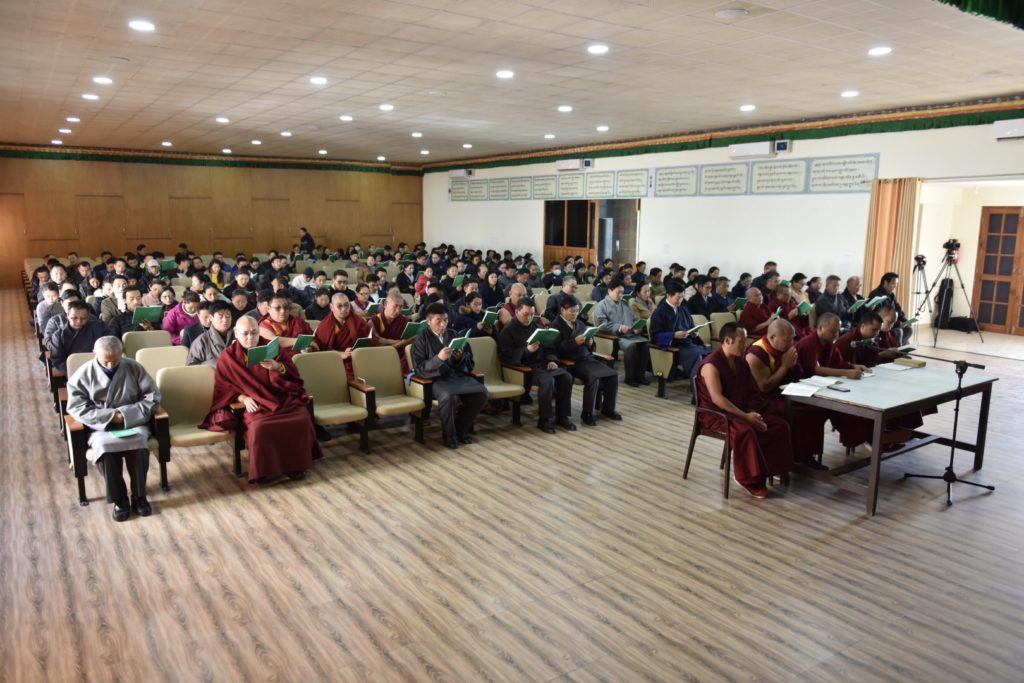 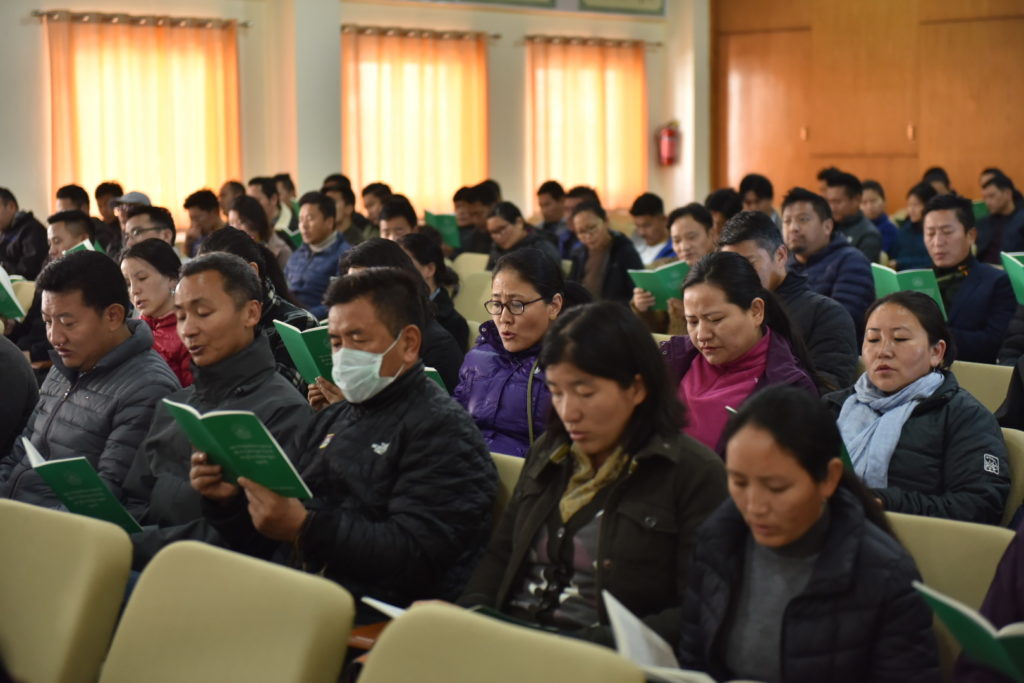 The gathering partakes in prayer recitation in honour of the Tibetan martyrs. Photo/ Tenzin Phende/ CTA 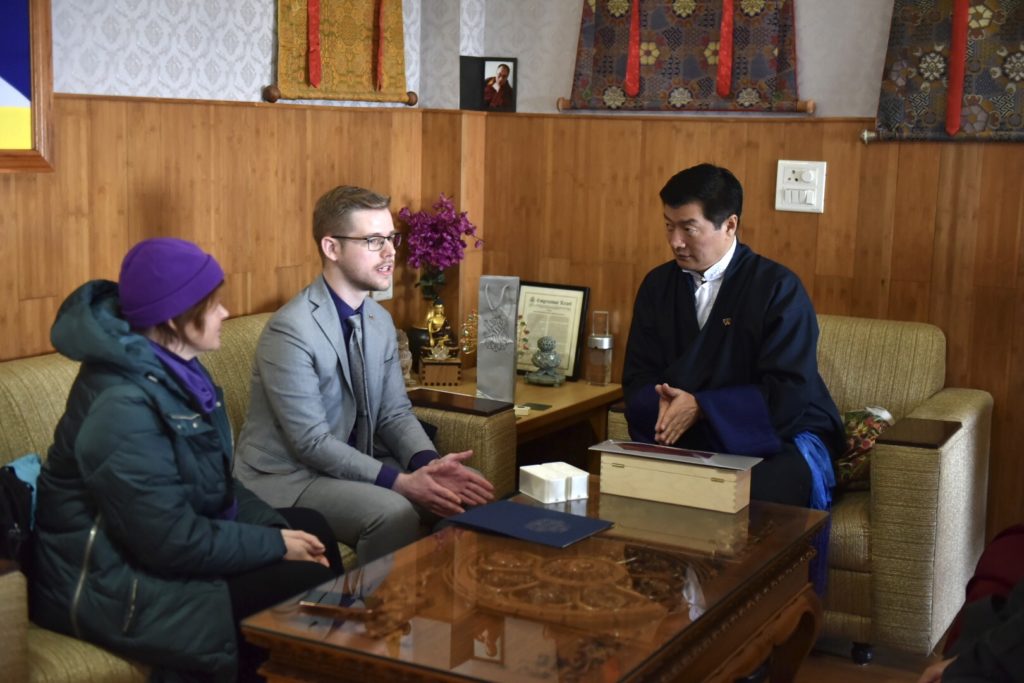 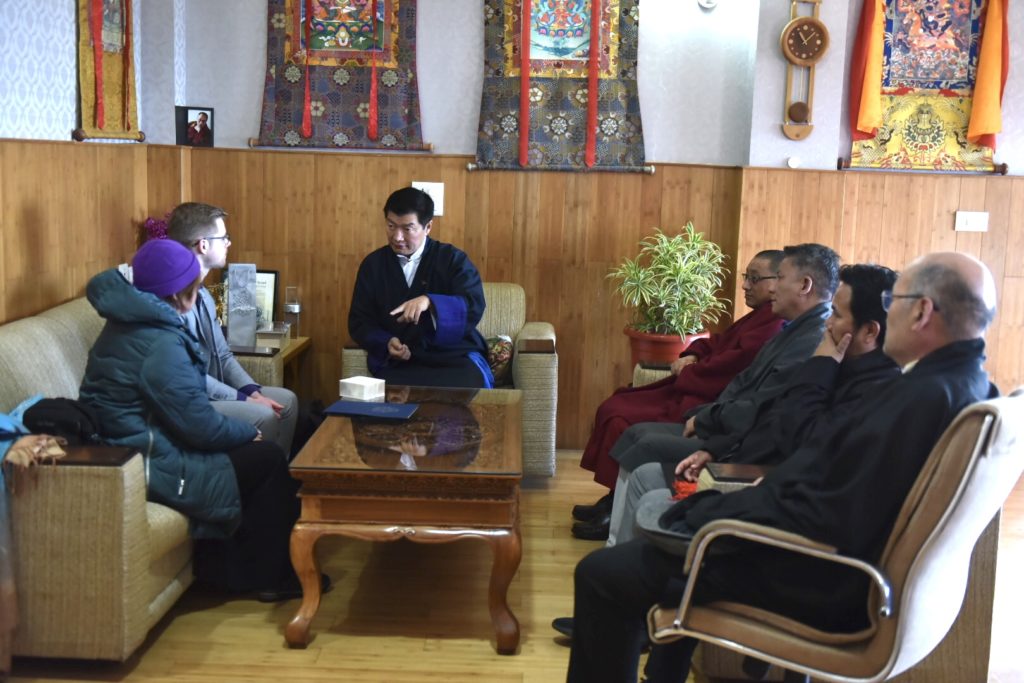 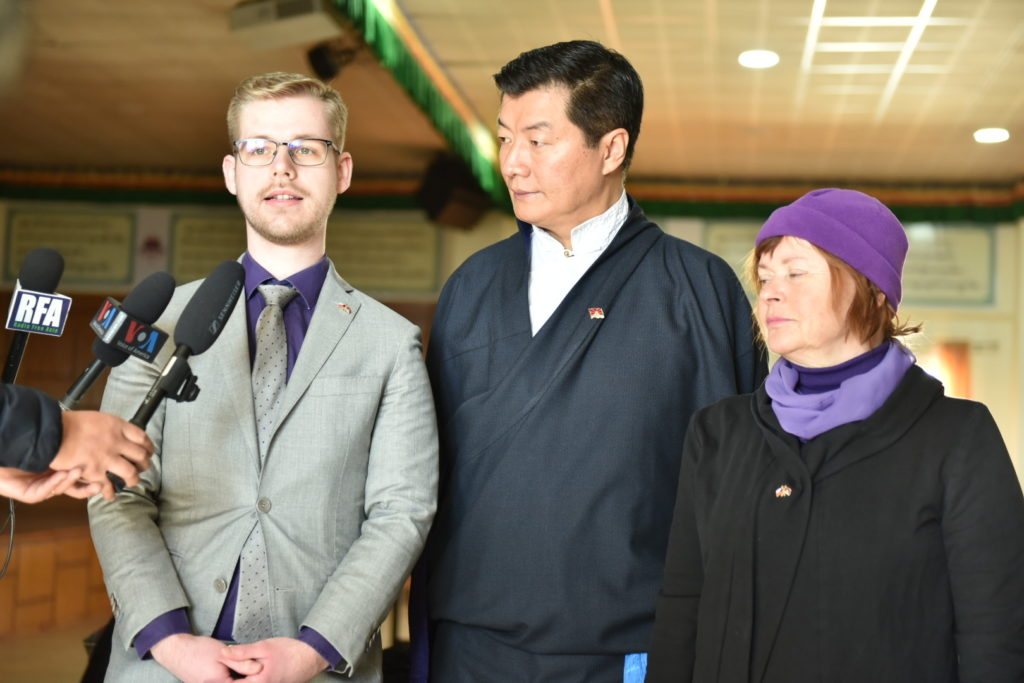 The chief guests from the Czech Parliament, joined by the Sikyong taking questions from the Tibetan media.