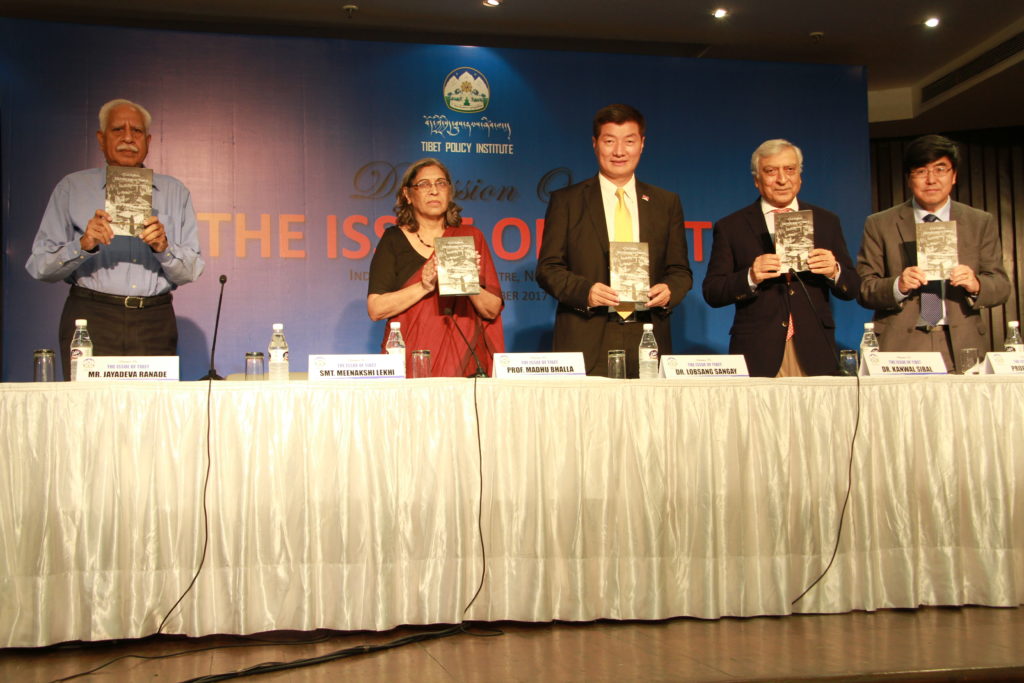 President Dr Lobsang Sangay along with the co-panelists releasing TPI’s report on ‘Cultural Genocide in Tibet’.

New Delhi – 17 October, The Tibet Policy Institute, a research centre of the Central Tibetan Administration under the Department of Information and International Relations, brought together some 250 members of audience at the India International Centre here in New Delhi to witness the launch of Cultural Genocide in Tibet: A Report. The launch of the report followed an intense discussion on the report and general thoughts on the issue of Tibet by six distinguished speakers.

The discussion on the cultural genocide in Tibet was chaired by Professor Madhu Bhalla, former head of the Department of East Asian Studies of the University of Delhi. The speakers were Shrimati Meenakshi Lekhi, a member of Parliament of the lower house, Ambassador Kanwal Sibal, former foreign secretary of the government of India, Mr. Jayadeva Ranade, President of the Center for the China Analysis and Strategy, Professor Ming Xia of the City University of New York and Dr. Lobsang Sangay, the President of the Central Tibetan Administration.

Dr. Lobsang Sangay, who was the keynote speaker, said that the cultural genocide in Tibet report was divided into two parts. The first part focused on how the Tibetan scholars and masters travelled to India to master Sanskrit in order to gain access to the wisdom of Buddhism. President Lobsang Sangay said it took five centuries, starting from the 7th century BC, for successive Tibetan scholars and translators to transmit the whole body of Buddhist wisdom to Tibet.

President Lobsang Sangay said this culture is now being dismantled by the Chinese Communist Party through direct physical assault as has happened during the Cultural Revolution and before and now through subtle but relentless undermining of the institutions that underpin Buddhist civilization, especially the Party’s attempt to wrest control of the lineage tree of Tibetan Buddhism. President Lobsang Sangay said that the first detailed critique of the nature of Chinese rule in Tibet was made by the late 10th Panchen Lama who submitted to the Chinese leadership, including Mao Zedong his 70,000 character petition which fell one breath short of accusing the Chinese Communist Party of committing genocide in Tibet.

Ambassador Kanwal Sibal, who was a former foreign secretary of the government of India, said that Cultural Genocide in Tibet report made depressing reading but told the audience which consisted of many young Tibetan students never to lose hope. Kanwal Sibhal, presented a summary of the report and expressed concern over rights violation and the travesty of justice in Tibet.

Mr. Jayadeva Ranade outlined his perspective on China’s strategy to cement its rule in Tibet.

Professor Ming Xia of the City University of New York put forward his thoughts on the leadership formation that would come out of the 19th Party Congress and he lamented the fact that Tibet was not high on the list of the policy priorities for the Party.

Prominent lawyer and BJP leader Meenakshi Lekhi said her family is committed to supporting Tibet, said India and the people of India would always stand with Tibet.

The panel discussion was followed by a spirited and wide-ranging question and answer session. 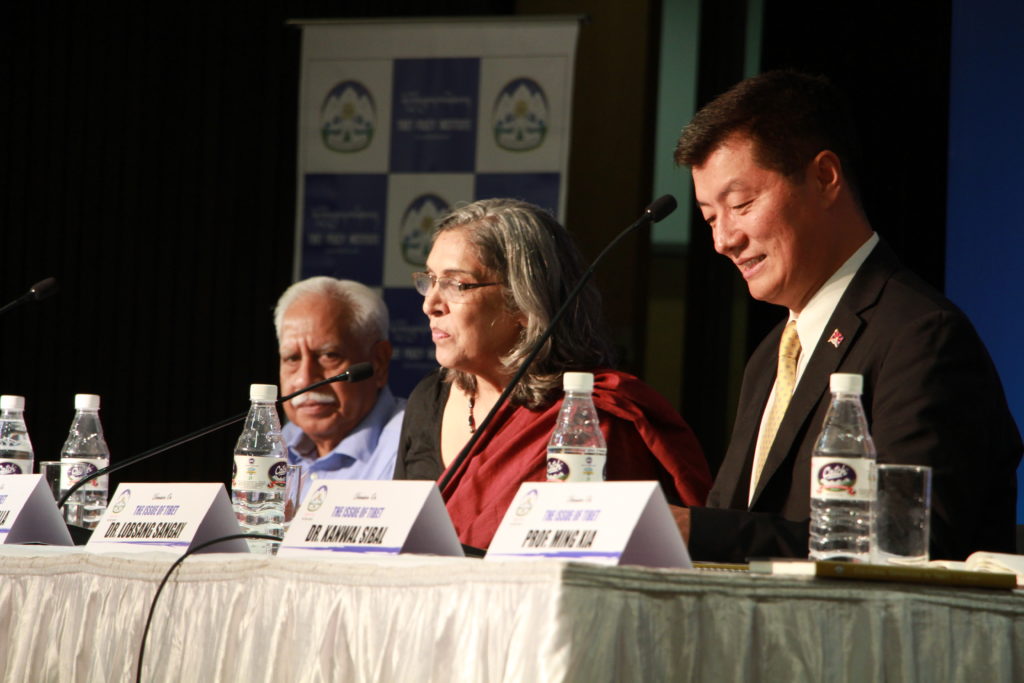 President Dr Lobsang Sangay along with other panelists at the discussion. 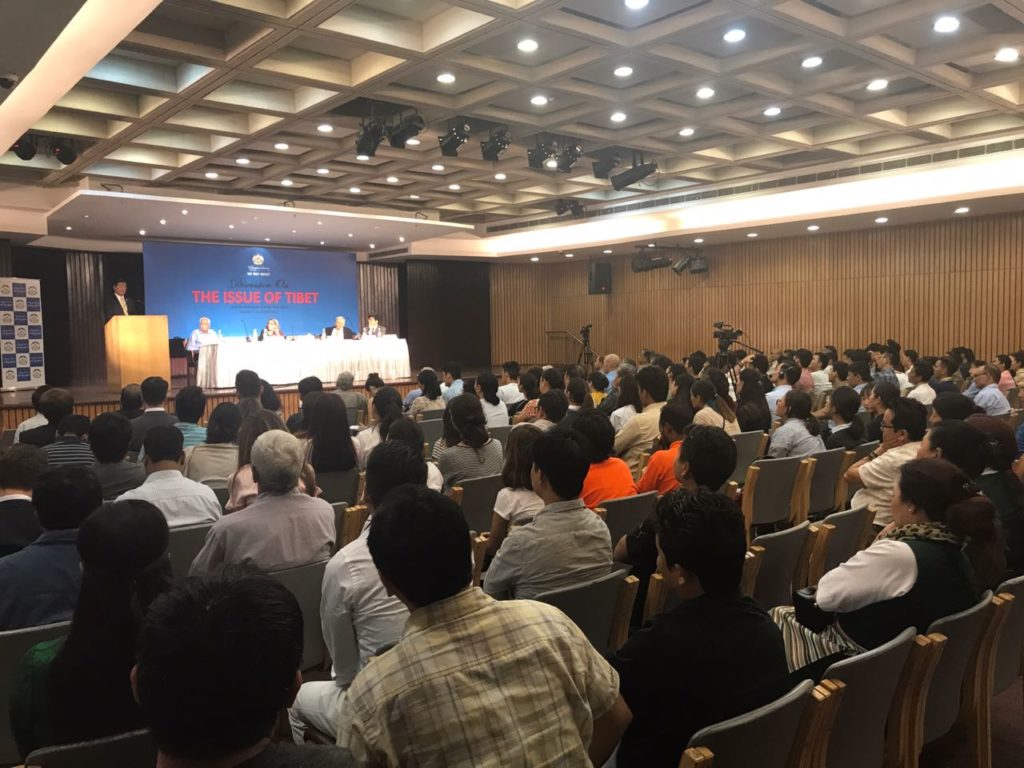 Participants listening to President Dr Lobsang Sangay at the discussion.