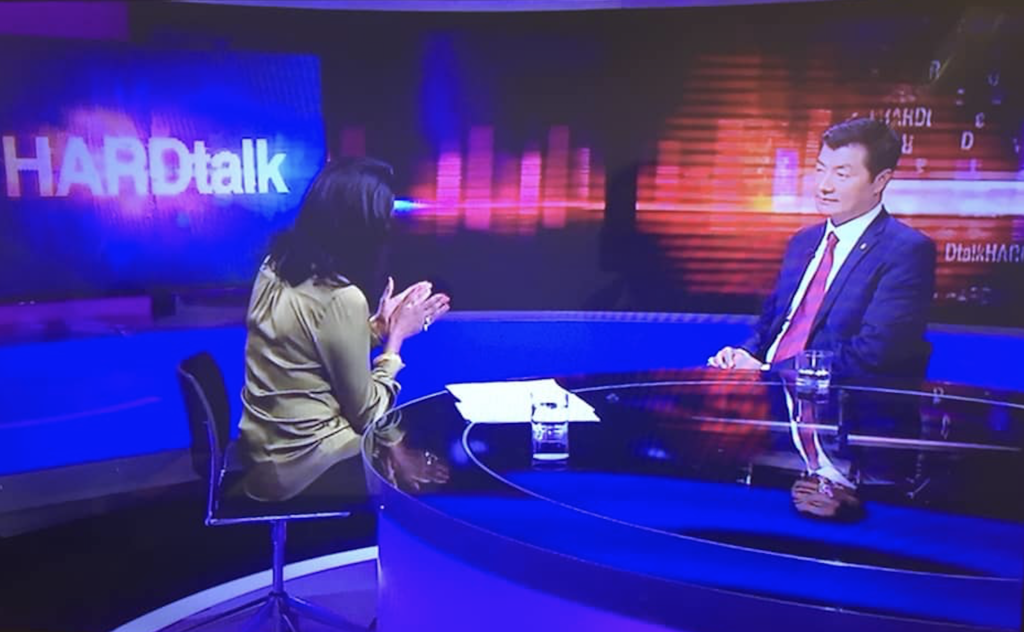 London: On 27th June – penultimate day of visit program, Dr. Lobsang Sangay, President of Central Tibetan Administration, began his day with an interview for Asian Affairs magazine – which ‘aims to be the authoritative voice of Asia’s emerging powers, including India, China and Japan’ as per their website.

It is being produced by journalists and columnists of extensive experience in India and Britain and has been quoted on a variety of subjects in media both in the Sub-continent and elsewhere. The circulation list includes businessmen, academics, and diplomats in London, Delhi and wherever the politics of Asia is discussed and it is provided as in-flight reading by British Airways, Air India, Pakistan Airlines and Virgin Atlantic.

The editor of Asian Affairs, Mr. Duncan Bartlett, asked Dr. Sangay about China’s rising influence in Japan, India, and Nepal, against the backdrop of the ongoing US-China trade war and the G20 Summit in Osaka, Japan. The interview will be published in Asian Affairs in due course.

The President was subjected to a barrage of grueling questions ranging from India’s position on Tibet, what next after the 14thDalai Lama, the fate of the ‘kidnapped’11thPanchen Lama, Reciprocal Access to Tibet Act, prospects for resolution of Tibet issues, etc. A wide range of topics was discussed in a short span of time.

The last program for the day saw the President being hosted by Hilary Reid Evans, who visited Dharamshala last year as part of Scottish Cultural delegation, at The Caledonian Club – a private member’s club in London. The President interacted with members of the Club who had gathered to listen to his talk. The format was an informal ‘In Dialogue With’ Hilary, who asked him questions about his early student days, his higher-education, the significance of Tibetan culture and identity for the people of Tibet, etc. The audience participated with their interesting questions. Following this talk, a dinner was hosted inside the Caledonian Club in honor of the President.

The President left London for Delhi on 28th June evening after completing his visits to England and Scotland.

-Filed by Office of Tibet London