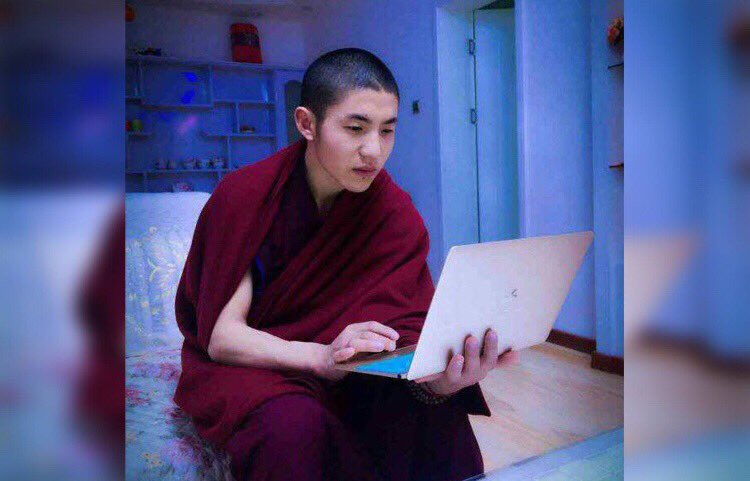 File picture of Jamyang Losel, a Tibetan monk in 20’s died after carrying out a self-immolation protest in Chentsa.

Dharamshala: The President of Central Tibetan Administration Dr. Lobsang Sangay expressed concern over the death of Jamyang Losel, a Tibetan monk in 20’s who died after carrying out a self-immolation protest on 19 May this year in Chentsa, Manlho Tibetan Autonomous Prefecture incorporated into China’s Qinghai Province.

It is reported that the Chinese police arrived at the scene and forcibly took away his charred body. At the time of filing this report, it is not clear whether the Chinese authorities have returned the body to the family.

On 2 May, Chakdor Kyab, a 16-year-old Tibetan student from Amdo Bhora, Sangchu County in Kanlho Tibetan Autonomous Prefecture incorporated in China’s Gansu province set himself on fire in protest against the Chinese Government’s repressive policies. He was heard calling for freedom in Tibet and the Return of His Holiness the Dalai Lama to Tibet.

The number of self-immolations till date stands at a staggering 149 including four this year.

Responding to the self-immolation, President of Central Tibetan Administration Dr. Lobsang Sangay said: “It deeply concerns us to see young Tibetans self-immolate. Such sacrifices by Tibetans in Tibet evidences that repression in Tibet under the Chinese rule is making lives unlivable. Therefore it is time the Chinese Government heed to the calls of Tibetans in Tibet who long for freedom in Tibet and the return of His Holiness the Dalai Lama back to Tibet. China must address the legitimate grievances of people in Tibet. The issue of Tibet can be best resolved amicably through the middle way approach, by resuming dialogue with the Tibetan representatives.”

Report filed by UN and Human Rights Desk of DIIR