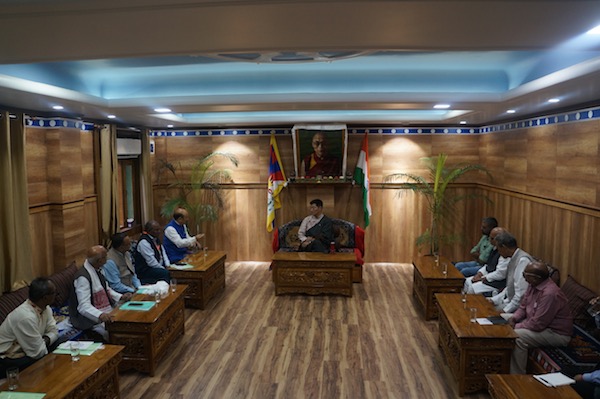 President Dr Lobsang Sangay interacting with the visiting delegation of Core Group for Tibetan Cause.

DHARAMSHALA: President Dr Lobsang Sangay of the Central Tibetan Administration yesterday met a visiting delegation from the Core Group for Tibetan Cause, the apex body of Tibet Support Groups active in India. The delegation is led by Shri R. K. Khrimey, the National Convener of Core Group for Tibetan Cause, who is accompanied by his team of 4 National Co-conveners and 9 Regional conveners.

During the meeting, President Dr Sangay thanked the delegation for their wholehearted dedication to support the Tibet movement and explained the democratic structure of the Central Tibetan Administration. He apprised the delegation of the present political situation in Tibet and the efforts being made by the Kashag to resolve the Tibet issue based on the Middle Way Approach.

The delegation is in Dharamshala for a three-day visit to get a firsthand experience of the democratic set-up of the Tibetan administration and it’s functionaries, and understand the Tibetan exile community’s daily struggle to preserve Tibet’s unique culture while carrying forward Tibet’s freedom movement.

During the visit, the delegation will meet Tibetan leaders, officials and activists. They will also visit the Tibetan parliament to witness the ongoing fourth session of the 16th Tibetan Parliament, and other Tibetans cultural and political institutions in Dharamshala. 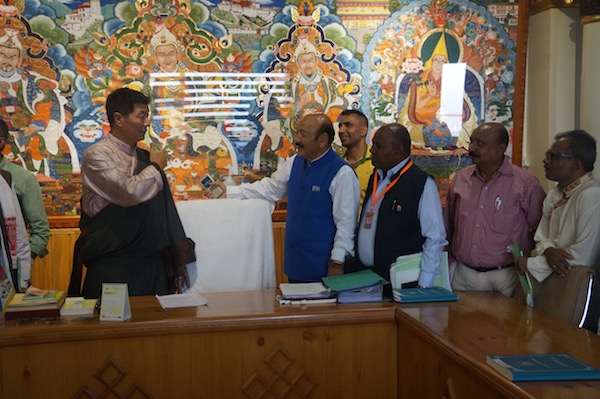 President Dr Sangay explaining the mural painting in the Kashag’s meeting chamber to members of the delegation. 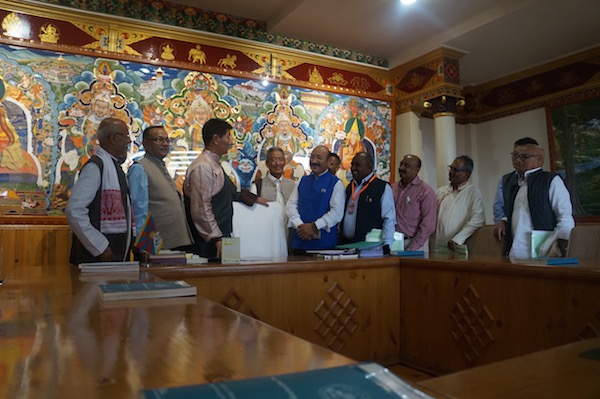