The President gave the keynote address of the 2018 ROI Summit in Jerusalem. An initiative of the Charles and Lynn Schusterman Family Foundation, ROI summit is an annual convergence of 150 Jewish world’s brightest young minds from around the globe.

In his address, the President spoke of how his visit to the Holocaust Memorial Center and the stories of the persecution of the 6 million Jewish reminded him of the 1 million Tibetans who lost their lives at the hands of Chinese Communist Party.

Narrating his own personal journey from being an ardent pro-independence activist to a supporter of the Middle Way Approach, an approach which he expressed is based not only on the Buddhist principle of Interdependence, but also on reality. Further adding “whether it is the Jewish or the Tibetan movement, the reality of today’s interdependent world shapes that direction we take as global community.”

Speaking of the injustice Jewish people had endured in the past and the injustice that Tibetans continue to endure, the President expressed that the connection shared by the Jewish and the Tibetan people comes not only from the destructions and defeats, but also from the “spirit of resilience and revival.”

The President also gave a pubic talk on ‘Awakened Political Leadership: Myth or Reality’ followed by a panel discussion accompanied by Mr. Avraham Burg, former member and speaker of the Knesset and Prof Yaakov Raz of Tel Aviv University.

Apart from meeting with members of Israel Friends of Tibetan People and sponsors of Tibetan children from TCV, other major highlights of the six-day visit included meetings with renowned industrialist and Innovator Yaakov Goreb and Dan Part, Inbal Arieli, author of the Roots of Entrepreneurship and Ms. Yifat Solel, expert on Cooperative Banking.

The meeting reflected on the knowledge and expertise of these professionals and carried discussions on the current and future prospects for a sustainable Tibetan entrepreneurships and cooperative banking. Industrialist and Innovator Yaakov Goreb and Dan Part assured their support and help in educating and training young Tibetans at the meeting.

The debut visit saw active interaction with Israeli Media, where the President briefed on the current situation in Tibet and other key issues such as the Middle Way Approach and the future of Tibet and visits to Holocaust Memorial Center and other historical sites.

Other meetings during the six-day official visit include Mr. Gidon Bromberg, the Israeli Director of EcoPeace Middle East, met Prof Yuval Shany, Vice President of Research at the Center for Democratic values and Institutions, and the Center for Security and Democracy, members of Women Wage Peace and Bereaved Parents Circle and Combatants for Peace of the both Israeli and Palestinian. 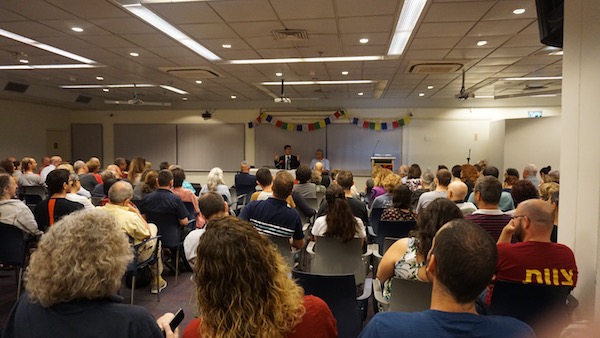 Public talk at the Museum’s Auditorium 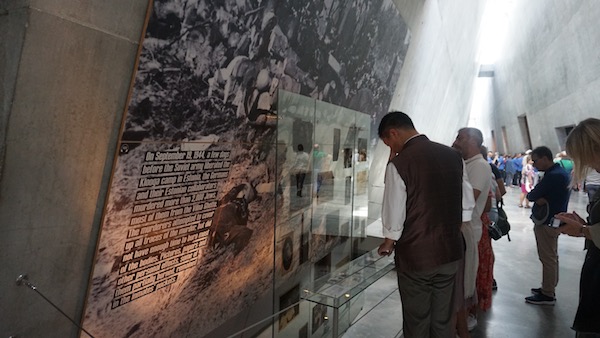 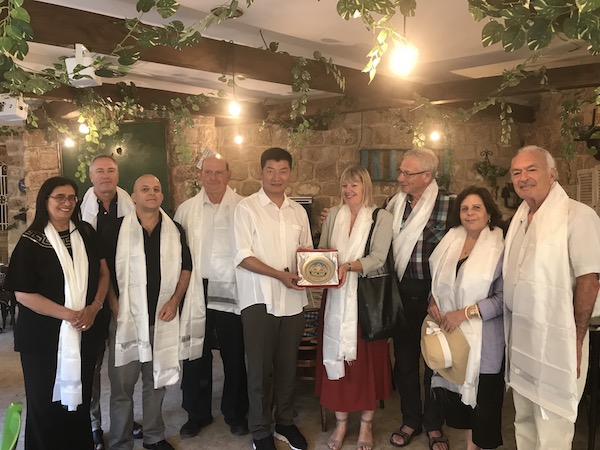